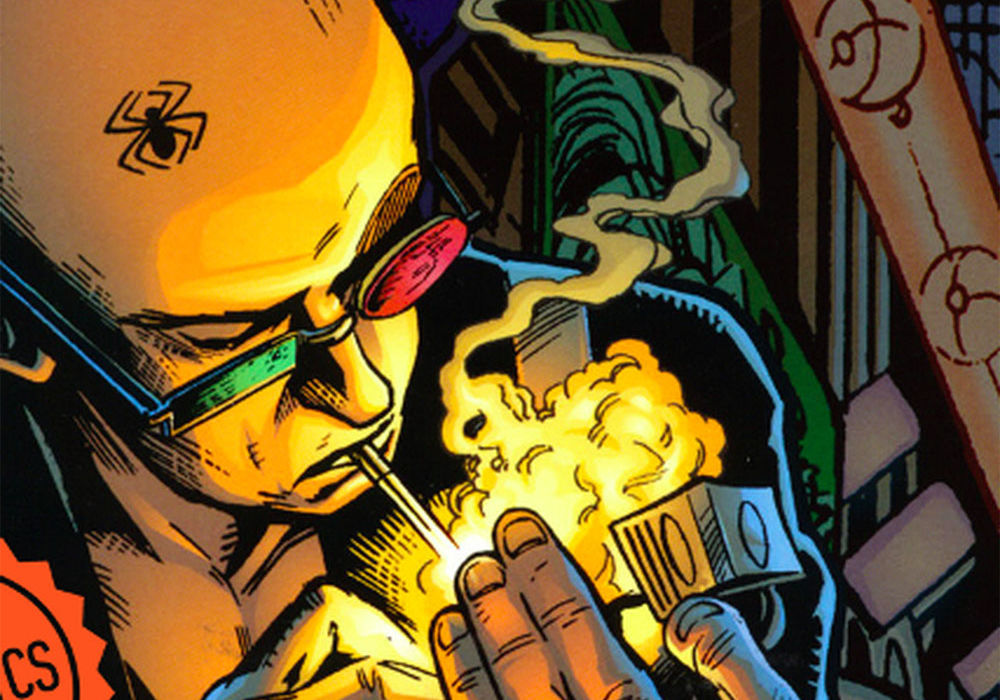 Note: Due to some extremely inappropriate comments, we have disabled and deleted all comments on this post. We are sorry to our readers who were trying to have a civil conversation about this topic, but the trolls came out of the woodwork. We believe victims, and will not tolerate their experiences turned into fodder for ridicule or dismissal. – The staff of Multiversity Comics

Writer and editor Katie West (“The Killing Horizon”) has accused writer Warren Ellis of taking advantage of impressionable young women, including herself, with many other women coming forward in support to share their own experiences. West has since deleted her initial thread of tweets, stating, “This is not about one person. The people who are making it that way are missing the point. This is about a pattern of behaviour and our collective complicity in that behaviour.”

Meredith Yayanos, a musician, tweeted that “[Katie West] is one of the most ethical and compassionate people I know, and everything she is saying about Warren Ellis today is spot-on,” before describing her own experiences with Ellis:

I met Warren when I was 22 years old. We were very close, for many years.
I severed all ties with him at least 5 years ago.
With good reason.
My former friend is a complicated man. He is lovable. He is capable of immense generosity and kindness.
Also, he’s a fucking Bluebeard.

There are things W said to me when I was vulnerable and in crisis, things he said about other women TO me, and things those women told me themselves about how W treated them, that still give me nightmares.

Photographer Jayne Holmes, who said she and Katie “only know each other because were chosen by the same predator,” came forward: she shared two examples of emails sent to her from Ellis, adding that she has an “archive of hundreds of emails and photos that spans years,” and that there is a pattern in different victim’s stories becoming “dreadfully clear:”

1. He found me when I was young/vulnerable/uncertain.
2. He acted like a mentor, gave me so much appreciated attention..
3. but pushed boundaries.

4. He said I was his world/we were best friends/he was my thrilling secret/he supported my career so I didn’t feel like I could say no.
5. He dropped me. I blamed myself.

Denver Primrose also shared a direct message from Ellis from 2009, and that “I have years of emails from Warren Ellis leading me to think we were friends, then leading into sex chat. It was like a clang in my head when I joyously mentioned talking to other creators and he dropped me. Like hot garbage.” Artist Tess Fowler stated that she was “was told this stuff yeeears ago,” and that Katie West’s story has “been corroborated by others in the years since, outside of the current convo.”

In response to the accusations about Ellis and Cameron Stewart, Gail Simone tweeted, “It’s painful reading these stories, some of these guys were people I looked up to. No more. Young people especially are taught not to talk about being manipulated and abused. I support you, I believe you. This garbage has to STOP.”

Other members of the comic book industry who have denounced Ellis following the accusations, include Sean Kelley McKeever, who shared Yayanos’s Twitter thread, while adding, “I have long been a fan of Warren Ellis, and my career has benefited from his attention in the past. All the more reason for me to signal boost this thread.” Hayden Sherman responded in a similar manner as follows:

For the last year Warren Ellis has helped me in ways I couldn’t have imagined. Today, with sincere thanks to every woman who came forward, I’ve cut ties with him.

If you’re hurting people, I’m not with you.

I hate that a medium with such wonderful people and characters can in any way be home to predators.

We’ve got to hold people accountable for their actions with whatever amount of power we have.

Outside of comics, Ellis is the writer of Netflix’s Castlevania, and a patron of Humanists UK: both organizations have not commented at the time of writing.

For anyone struggling with assault, sexual abuse, or domestic violence, you can visit the RAINN National Sexual Assault Online Hotline.