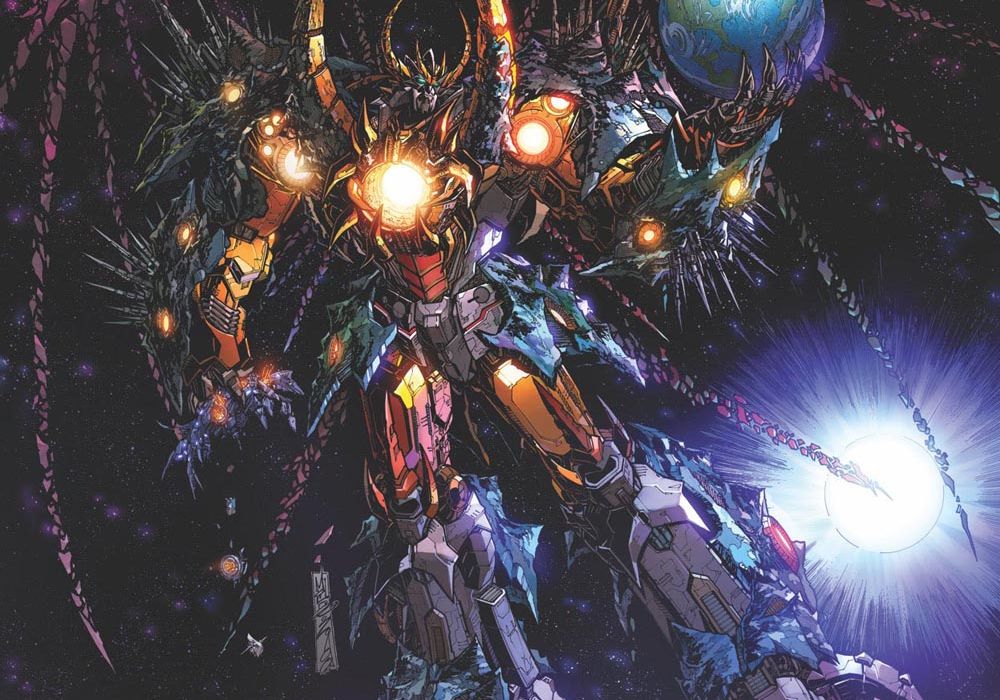 This morning at WonderCon, IDW Publishing held two different panels, one for their “Star Trek” line of comics, and another for most everything else.

– “Star Trek: The Next Generation — Terra Incognita:” Written by Scott and David Tipton with art by Tony Shasteen, this six-issue miniseries will feature standalone stories starring the Enterprise-D’s crew, just like the TV show, but with one key difference: namely the presence of the Mirror Universe Reginald Barclay, who is posing as his Prime Universe counterpart (played by Dwight Schultz on the show) to wreak havoc on Picard’s ship.

– “TMNT: Bebop and Rocksteady Hit the Road:” Per our previous report, Dustin Weaver and Ben Bates will reunite for another miniseries starring the knuckleheaded pair of Teenage Mutant Ninja Turtles enemies. The series will ship weekly in August. 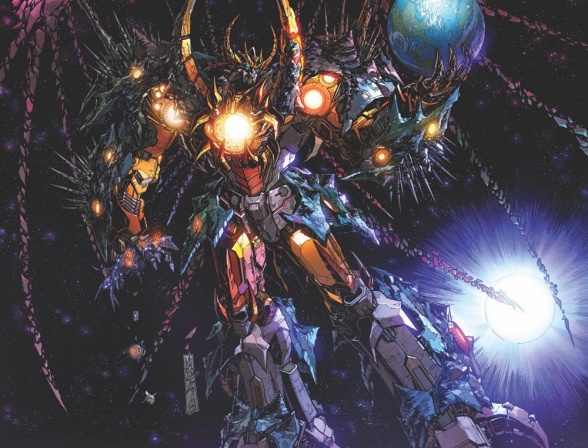 – “Transformers: Unicron: As teased at the end of last year’s crossover “First Strike,” the Transformer equivalent of Satan is finally making his presence known in IDW’s Hasbro Universe. This six-issue series, simply titled “Transformers: Unicron,” will be written by John Barber, penciled by Alex Milne and colored by Sebastian Cheng.

The comic will start with an issue #0 on Free Comic Book Day (May 5), and then begin proper in July, shipping twice monthly. The series will be “the epic conclusion to the current Transformers comic book universe” that IDW and Simon Furman began back in 2005: at the panel, Barber candidly spoke about he and the other creative teams on the Transformers/Hasbro books – including “Lost Light” writer James Roberts – decided to pull the trigger on the universe, giving it a finale that readers could not experience somewhere like Marvel Comics.

IDW will hold another panel later today for their Top Shelf imprint.