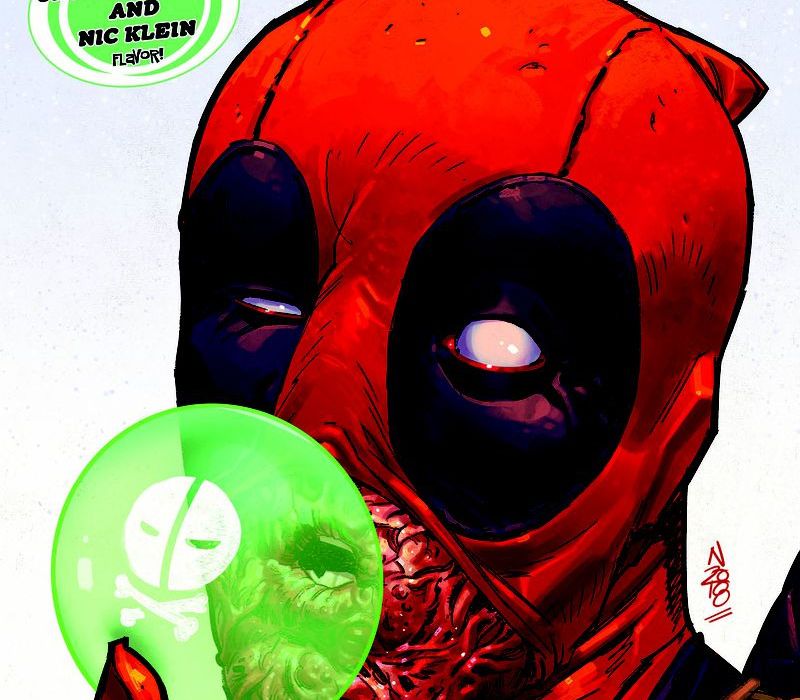 Writer Skottie Young and artist Nic Klein will relaunch “Deadpool” in June following the conclusion of “Despicable Deadpool” on May 9. Here’s the solicitation for the first issue of the back-to-basics title, courtesy of Polygon: 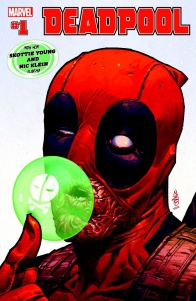 Skottie Young and Nic Klein bring you the craziest tales of the regeneratin’ degenerate yet! It’s been a while since Deadpool’s had to merc to make ends meet, but things are tough all over. While Deadpool tries to get his humble mercenary-for-hire business back off the ground, a catastrophic threat so unfathomably huge, so mind-breakingly cataclysmic it defies description, is heading towards Earth, and there’s only ONE PERSON WHO CAN STOP IT!!!

Young is perhaps best known for his Marvel Babies variant covers, but is no stranger to the merc’ with a mouth, having provided cover art for “Cable & Deadpool” #35-50. He said the series will be “fast paced, big and humorous,” and similar to his “Rocket Raccoon” comic, there will be “shorter stories and [it shall] have threads that weave in and out.” Nic Klein, creator of Image’s “Drifter,” promised the art will have “experimenting with pacing / specific camera shots/angles to get comedic effect […] We’re just having fun doing it and I think it shows and will rub off on the readers.”

The new “Deadpool” #1 comes out on June 6, a month after “Despicable Deadpool” #300 concludes Gerry Duggan’s time writing the character. Yesterday, editor Jordan D. White tweeted he was stepping down from overseeing the Deadpool titles with that issue, having edited Deadpool’s comics since way back in 2011, during Daniel Way’s run. Marvel have yet to announce the Deadpool line’s new editor.