Donny Cates – one of our Breakout Writers of 2017 – took over “Doctor Strange” when Marvel ‘Legacy’ started. He, along with artist Gabriel Hernandez Walta- our #2 artist of 2016 – brought Loki to the title, and instantly changed the tone of the book. The combination – the team, the new characters, the change of tone – instantly revitalized the title, which was quite good before under the pen of Jason Aaron.

Last week’s issue, which had a panel broken down in our “Hey Comics, What’s Good?” column this week, really made the case for this being one of the two or three best ‘Legacy’ titles thus far, and certainly among the most unique. We are thrilled to share an exclusive preview of issue #383, which hits shelves on Wednesday, December 20th. 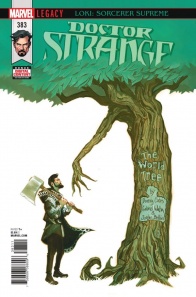 Doctor Strange isn’t getting anywhere taking Loki on by himself, so he’s changing the venue. The former Sorcerer Supreme goes to Asgard for help, and they aren’t exactly welcoming. But don’t worry, Strange didn’t come alone…YOU WON’T BELIEVE WHO GUEST-STARS IN THIS ISSUE! 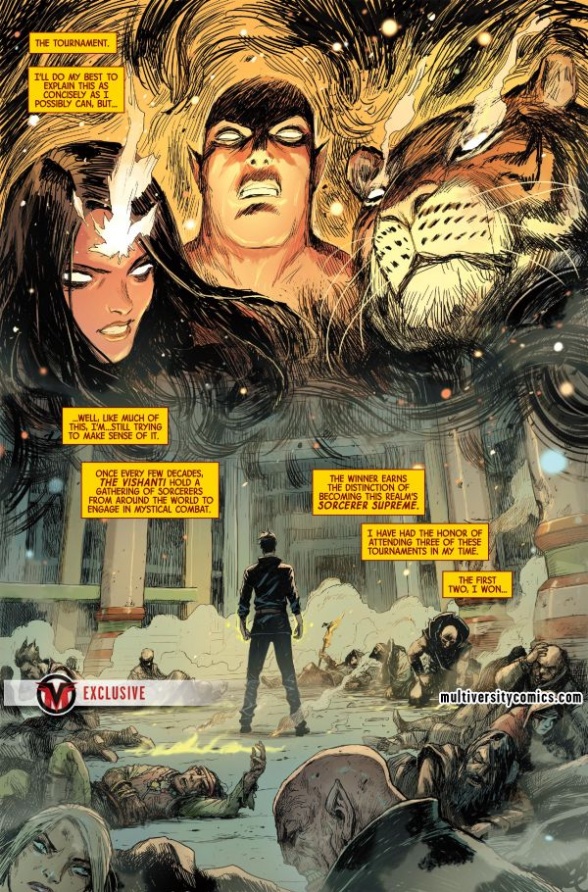 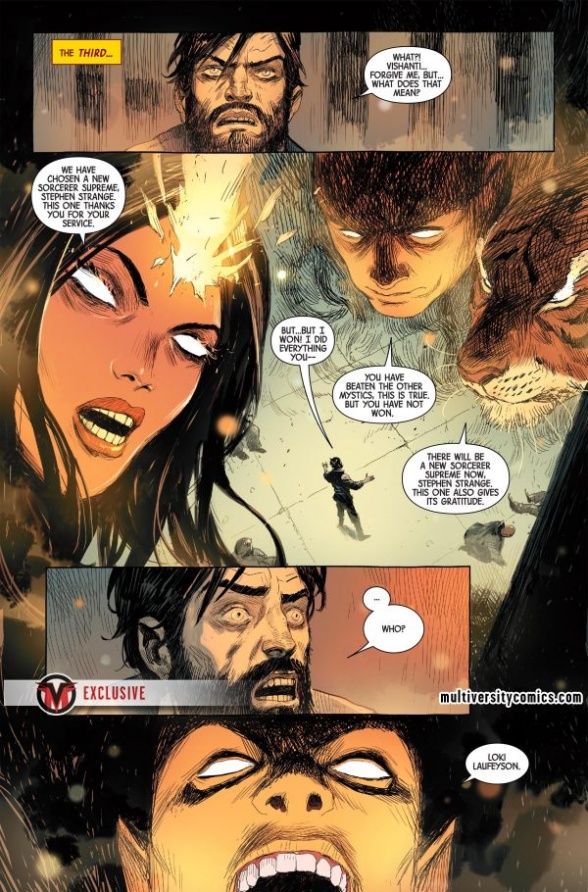 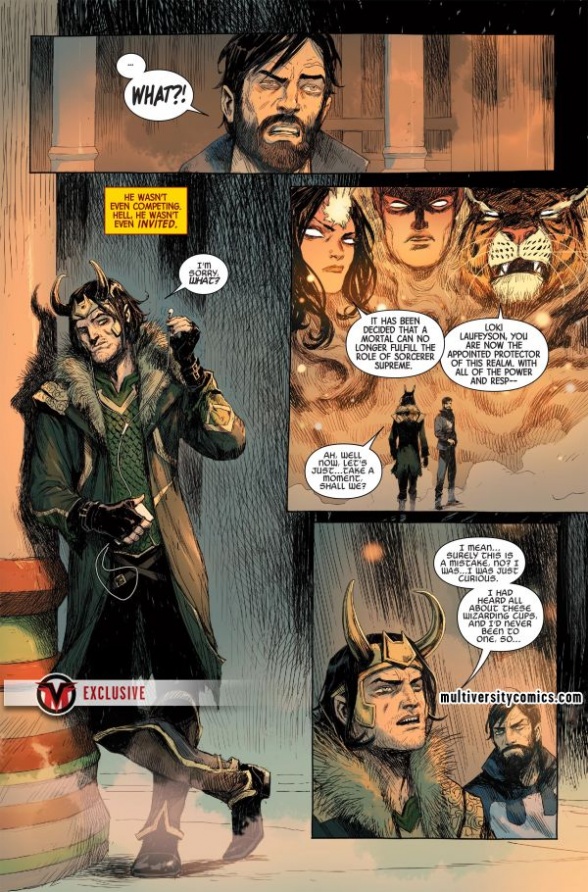 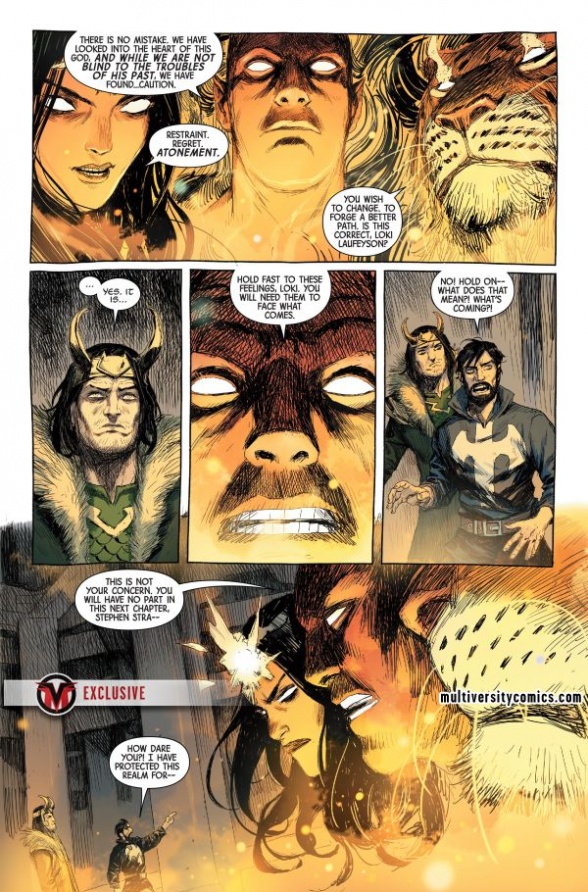 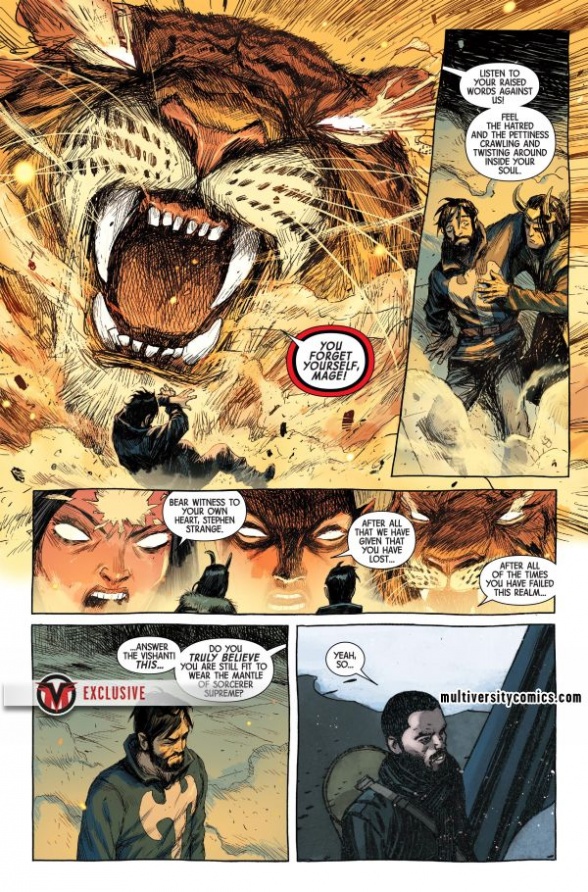 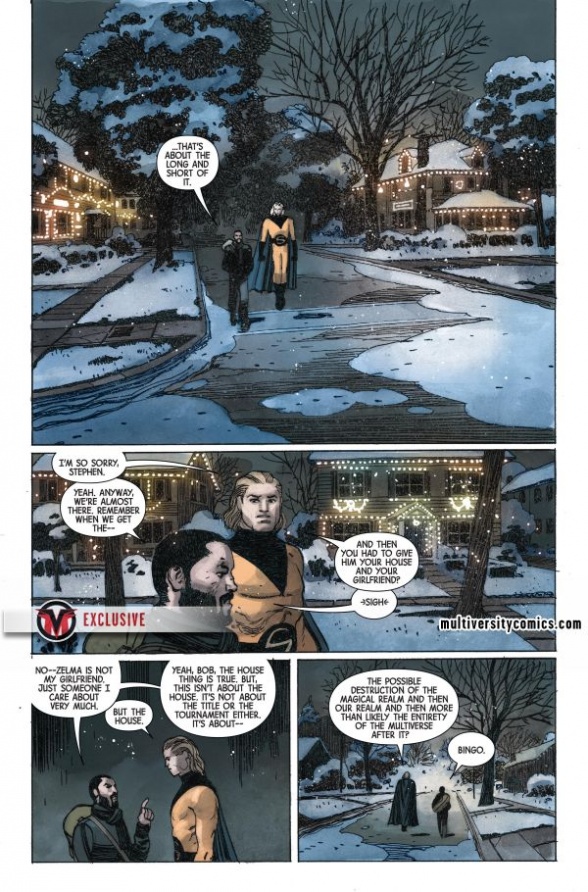