Valiant’s “Incursion” miniseries picks up threads left over from “The Valiant,” one of the best miniseries of 2014. If you’re not familiar with it, check out our initial write-up of the title’s announcement. The second issue dropped on Wednesday, but today is final order cutoff for the third issue, which hits stands on April 17th. We’re thrilled to share an exclusive first look at the issue, written by Alex Paknadel and Andy Diggle and illustrated by Doug Braithwaite. 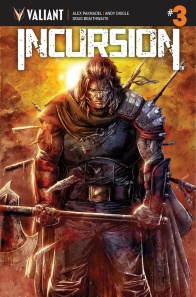 The cosmic and supernatural sides of the Valiant Universe collide on Earth! Oh, my!

Having crossed over into the Deadside, the Eternal Warrior comes face to face with Syntilla, the young girl who poisoned Tama on behalf of her master. Will the Eternal Warrior save his young charge or will the world suffer another catastrophic loss?

Meanwhile, Doctor Mirage and Hwen do their best to keep Tama alive. Will the doctors find the right medicine or will the young Geomancer perish before help arrives?

Thanks to Valiant for the preview; check out the issue when it drops next month! 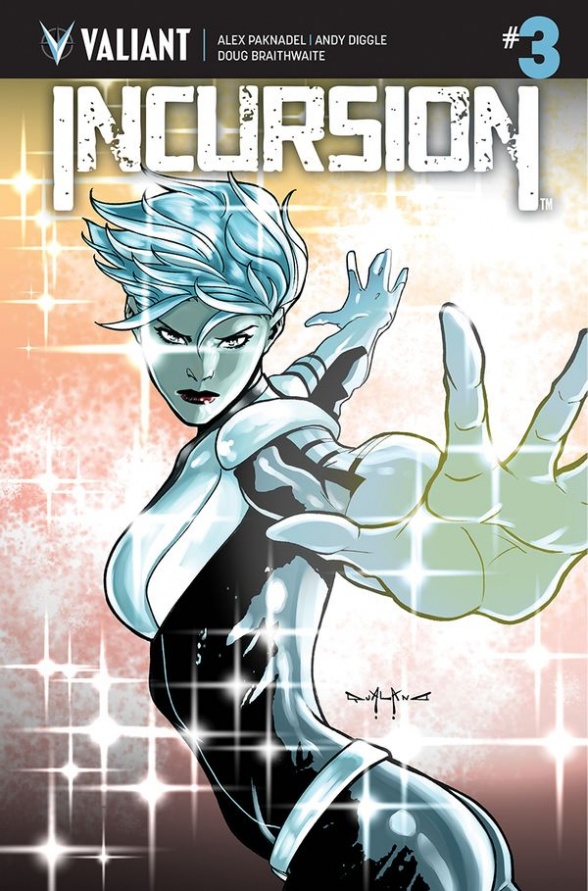 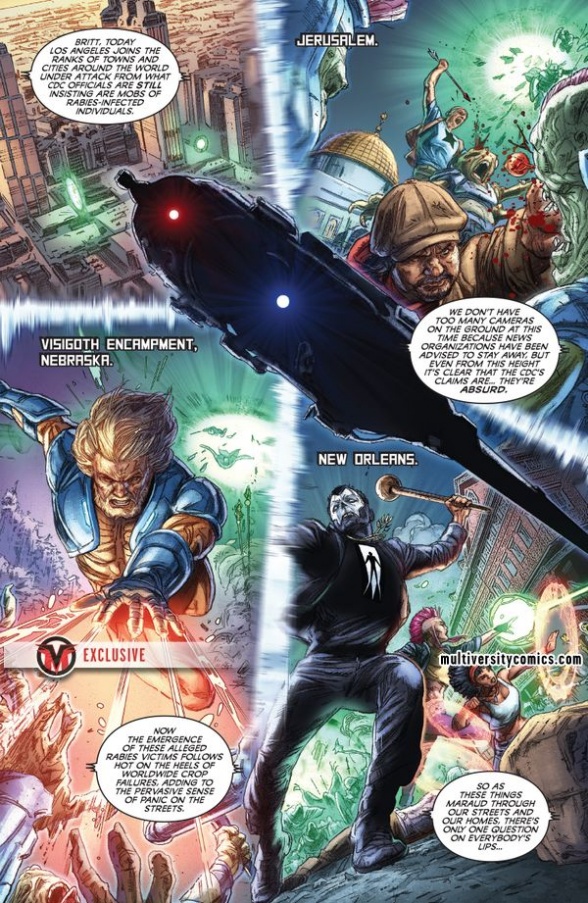 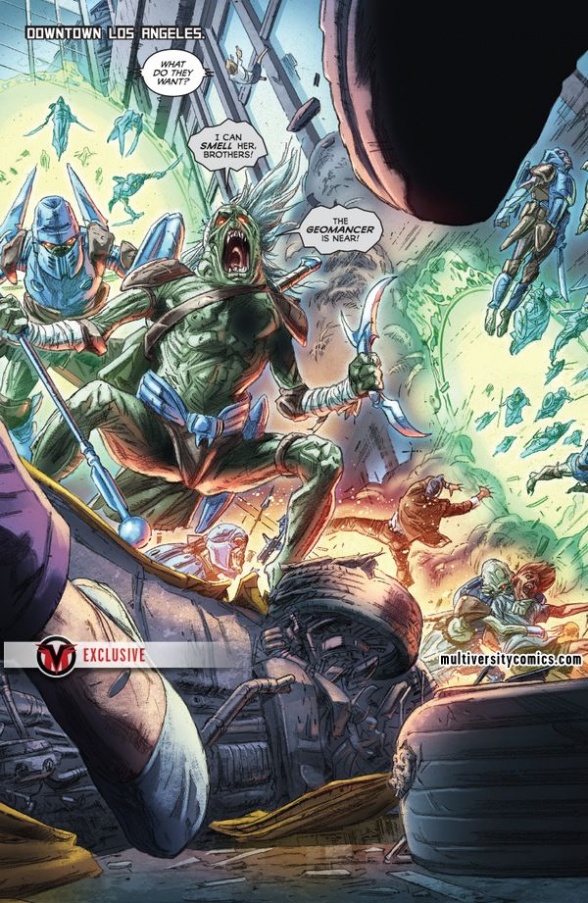 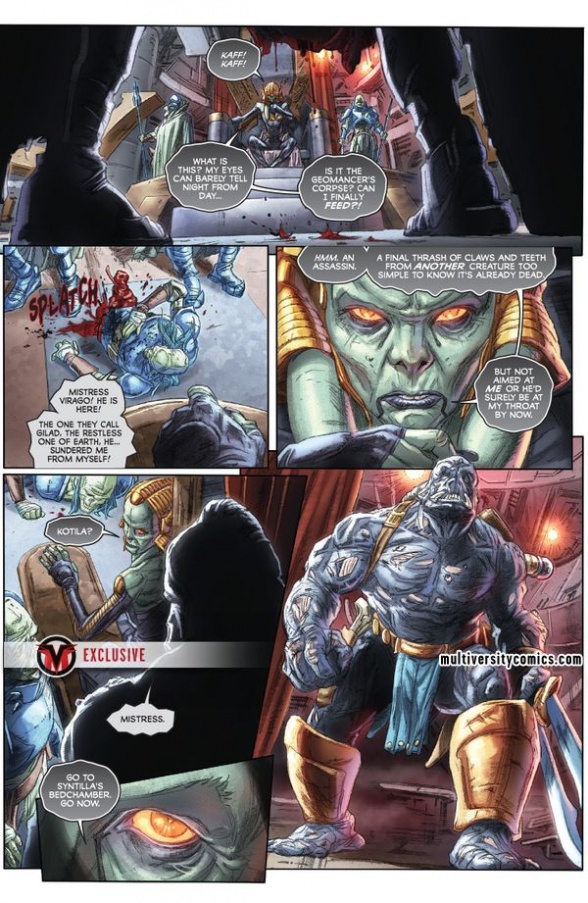 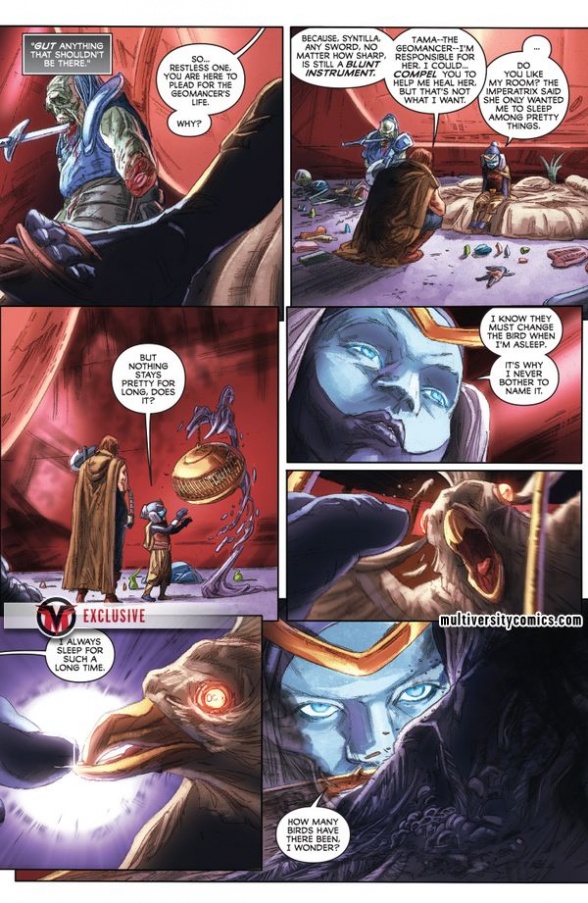 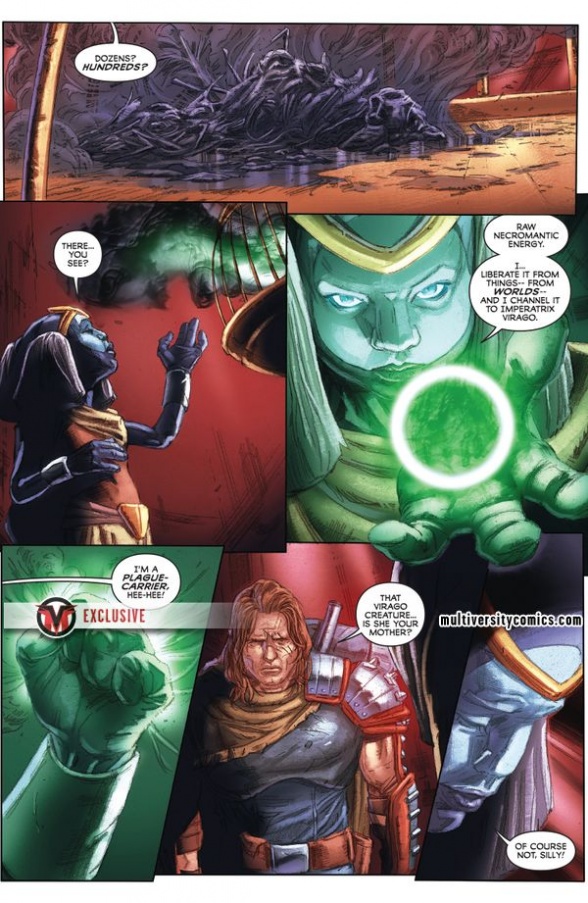