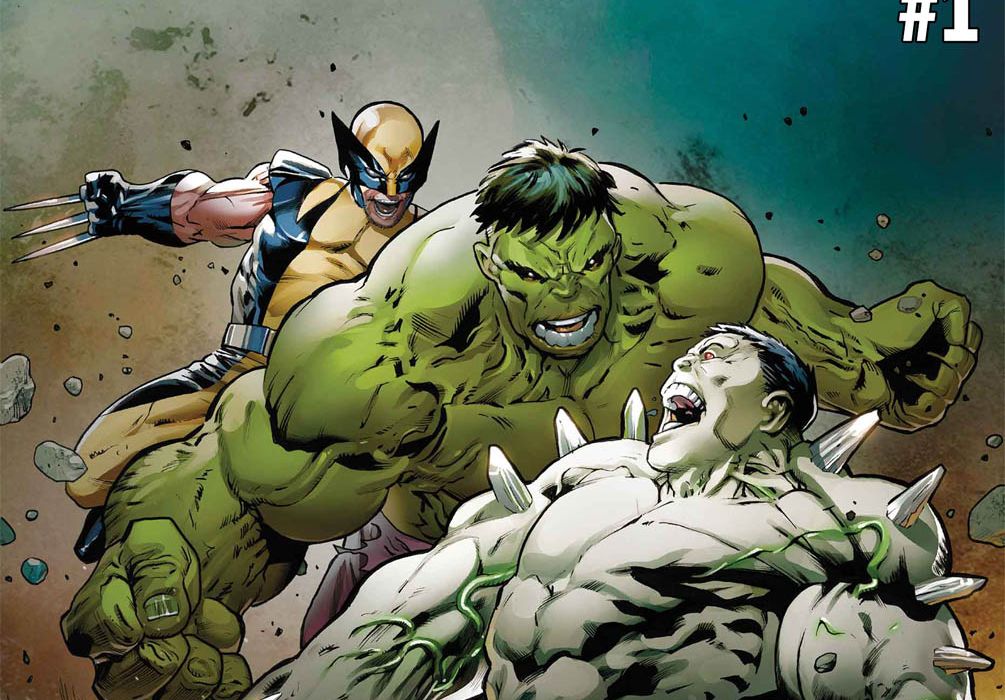 After wrapping up “Weapon H” last month, Greg Pak wasn’t done with Clayton Cortez just yet. “Hulkverines” pits Cortez against his recently returned from the grave/wherever-comic-characters-go-when-they-temporarily-die antecedents, Hulk and Wolverine, in a three issue miniseries from Pak and Ario Anindito (“Wolverines,” “Venom”). We are thrilled to share an exclusive preview of the first issue, which hits shelves on February 20th. 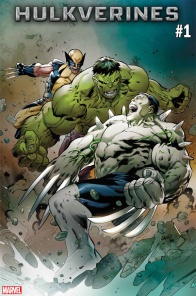 At last! It’s Weapon H versus his predecessors—Wolverine and the Hulk! Once, the Weapon X program sought to recreate the world’s two greatest hunters. They ended up with Weapon H, a man of Adamantium claws and gamma-juiced blood. Now, Wolverine and the Hulk are back in action — and coming after the dangerous creation made in their name! 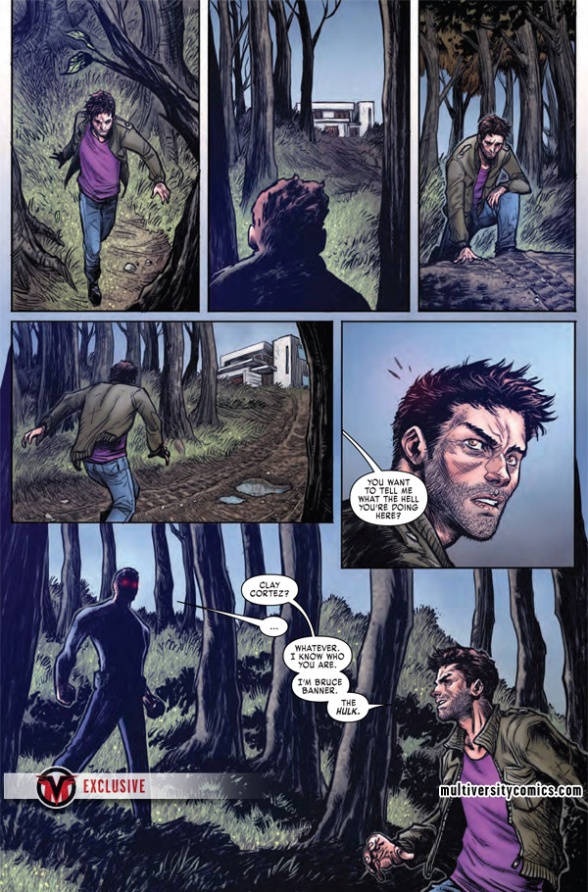 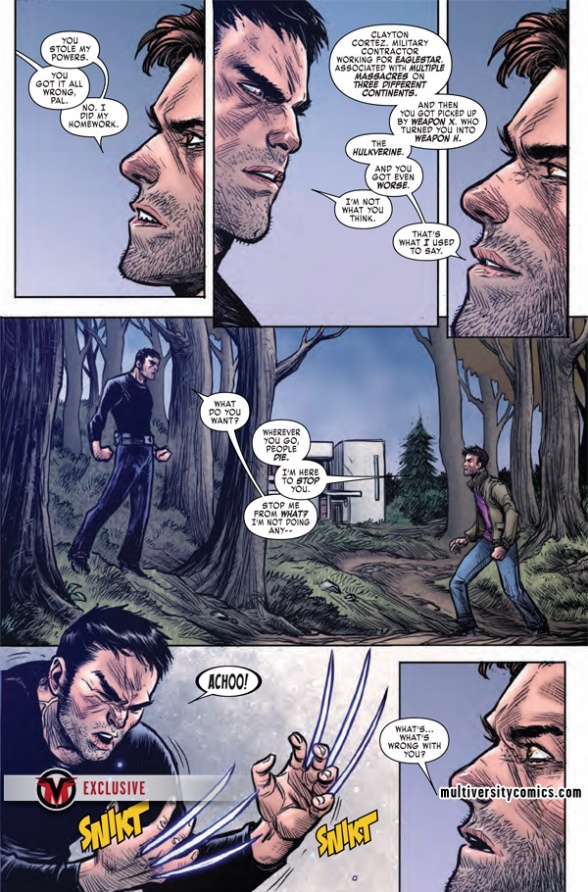 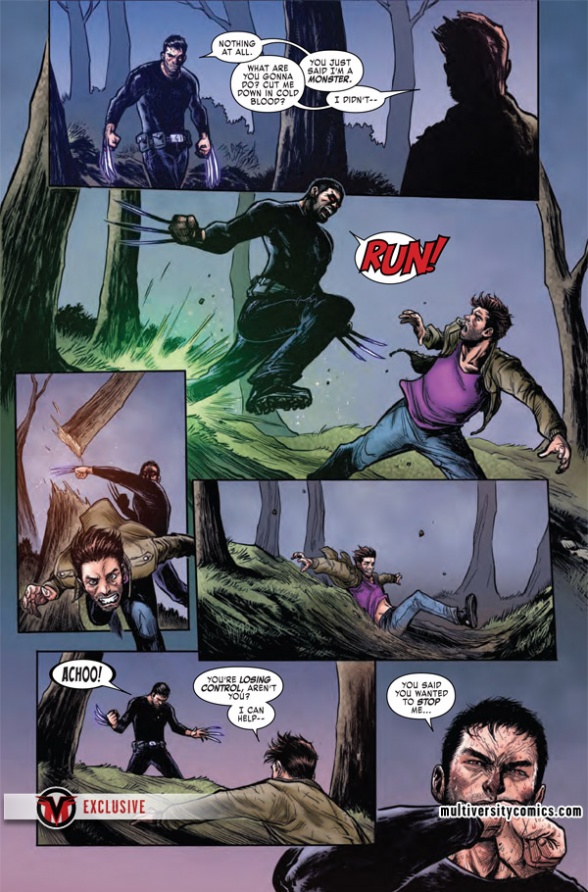 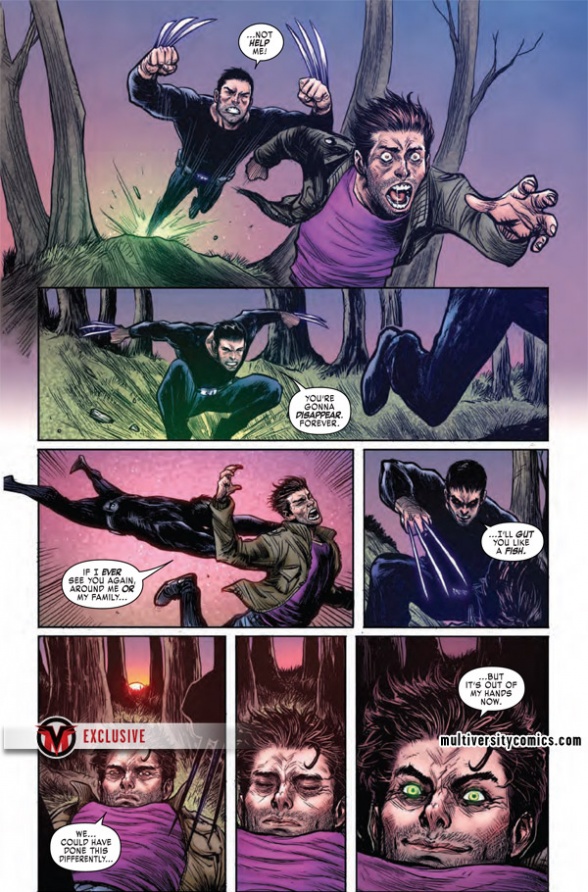 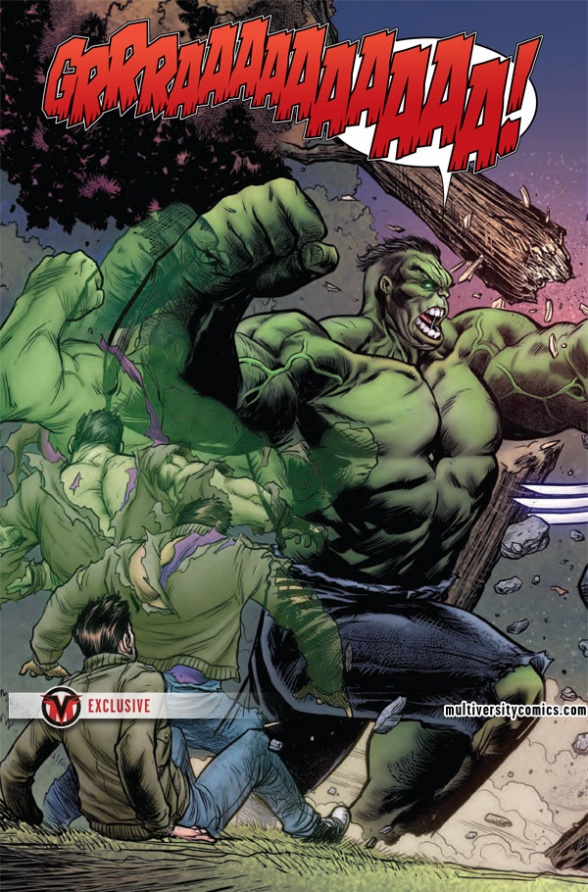 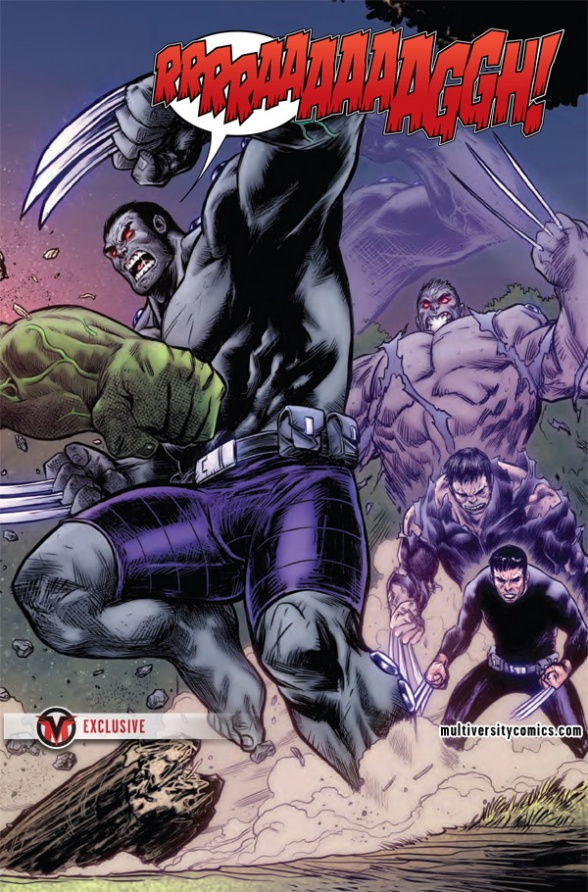