Last year’s “Revolution” was the most concentrated attempt, thus far, by IDW to bring together all their Hasbro properties together. This has seen the line grow, change, and spawn even more new series, like this week’s “First Strike.” But that doesn’t meant that the events of “Revolution” have been left in the dust. “Revolutionaries,” which spun out of that event, continues the overarching story of “Revolution,” and this next issue brings back – and I quote – “a 40s hero with a 90s ‘tude.’ We are thrilled to share an exclusive preview of the seventh issue, due out August 16. 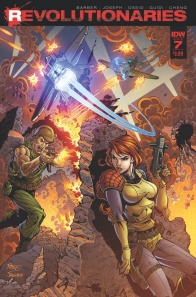 SGT. SAVAGE VS G.I. JOE! The greatest hero of World War II is back—and not for the first time! Vanishing on the battlefields of Europe while fighting robotic soldiers, Sgt. Robert Steven Savage reappeared—in the extreme era of the 1990s! Now he’s reborn again—a ’40s hero with a ’90s ’tude… and G.I. Joe isn’t ready to go retro.
FC • 32 pages • $3.99

Thanks again to IDW, and make sure to pick up the issue on Wednesdayt! 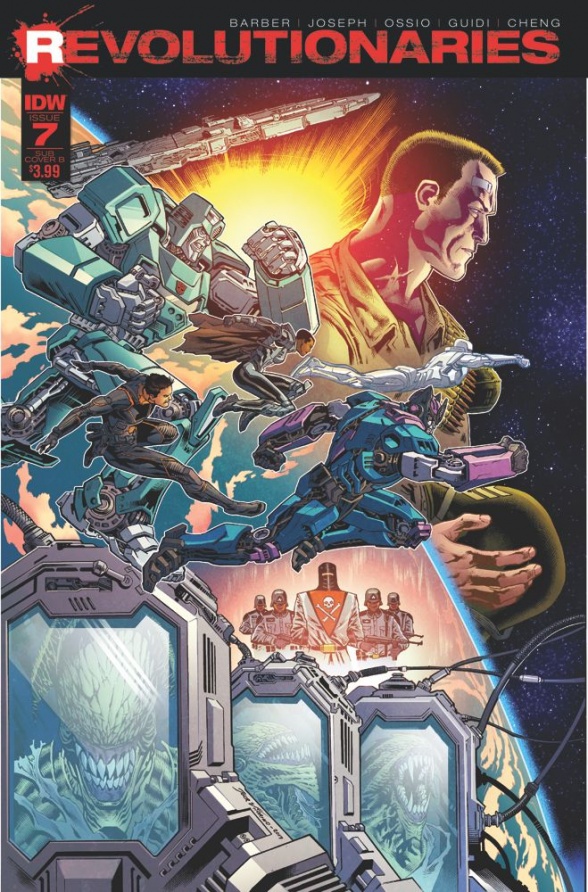 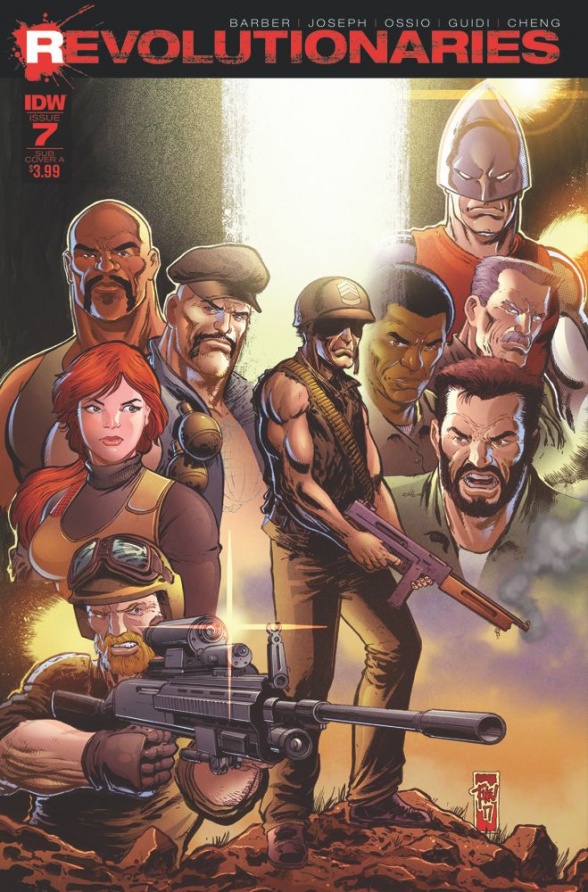 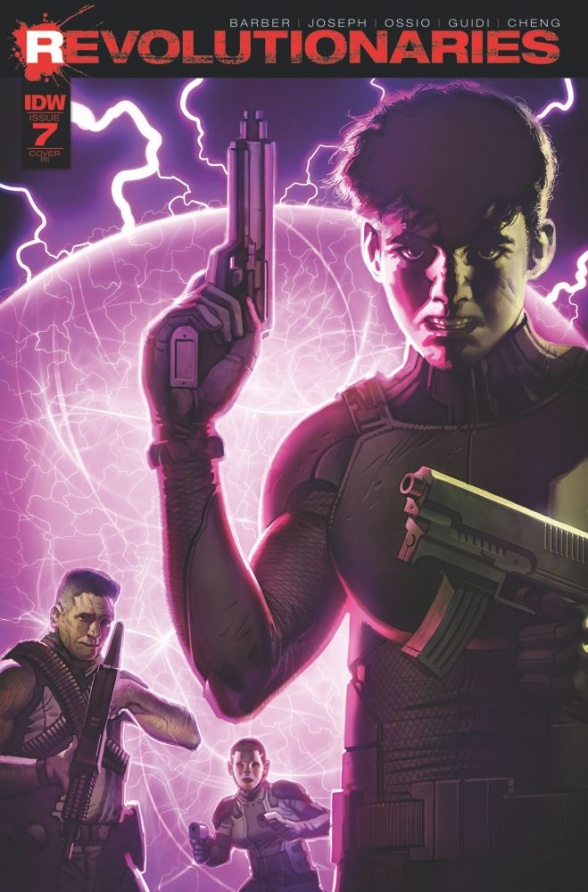 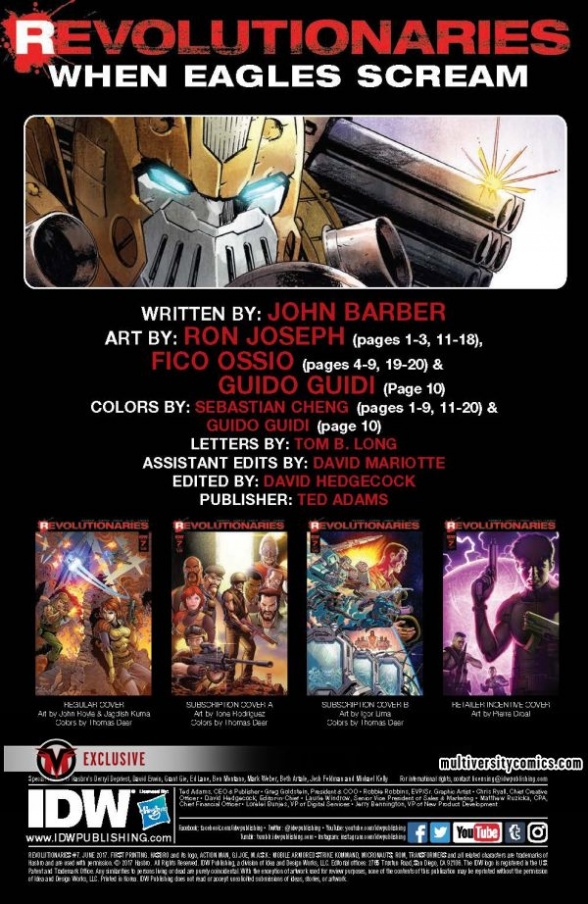 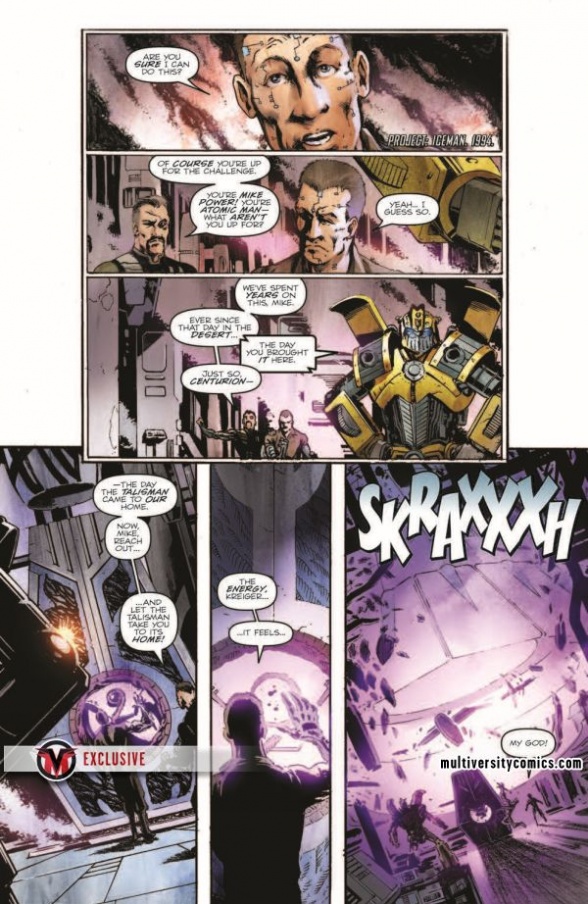 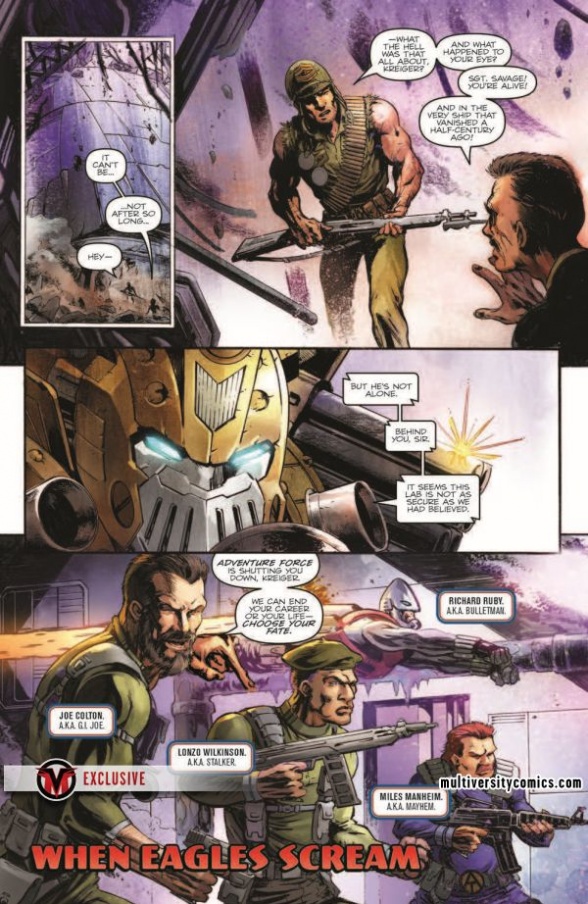 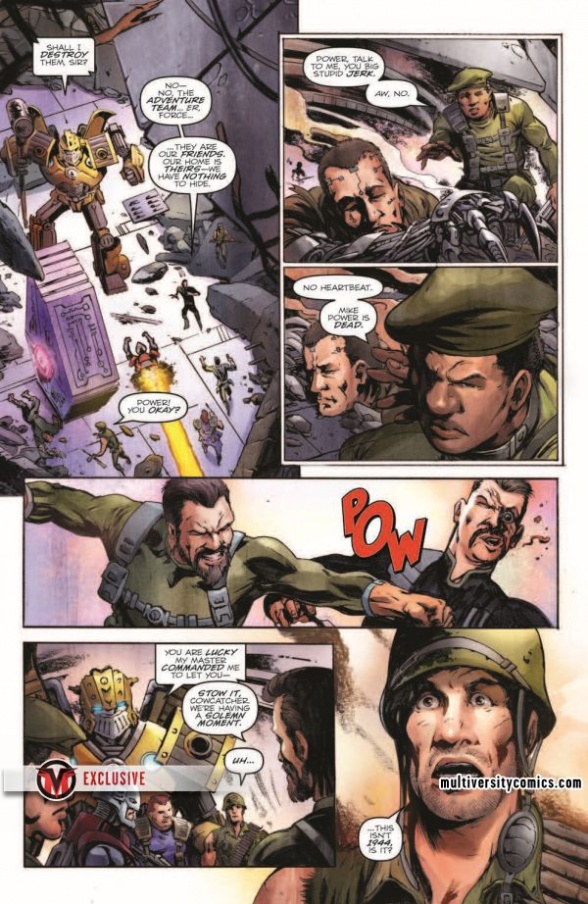 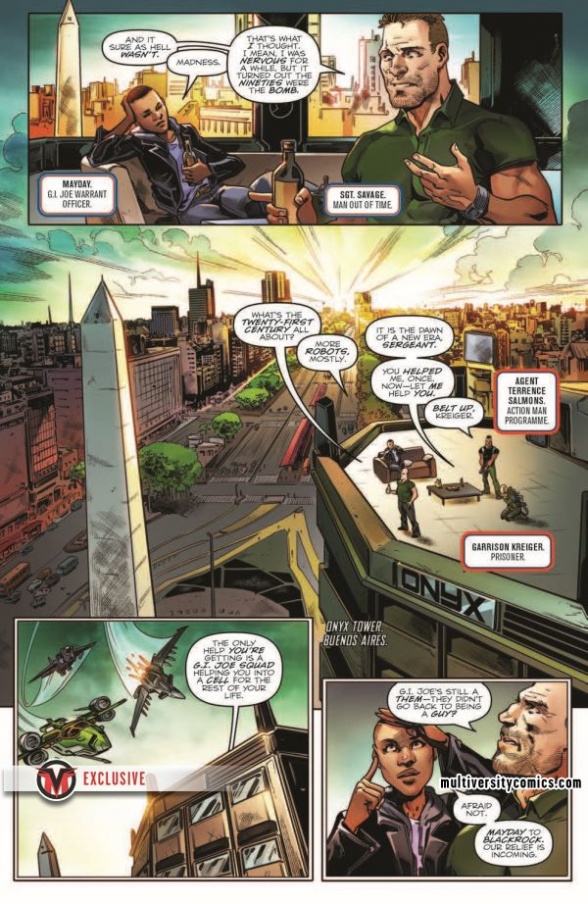 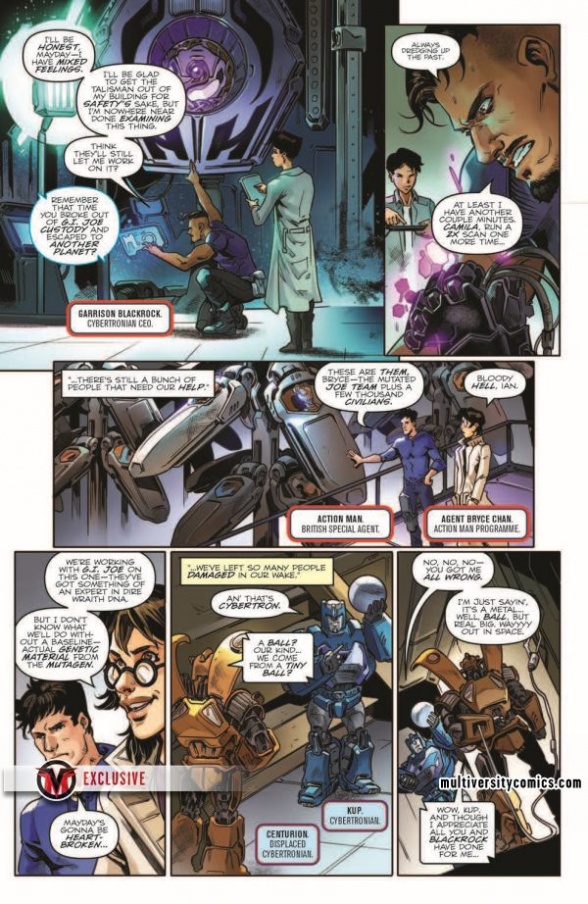