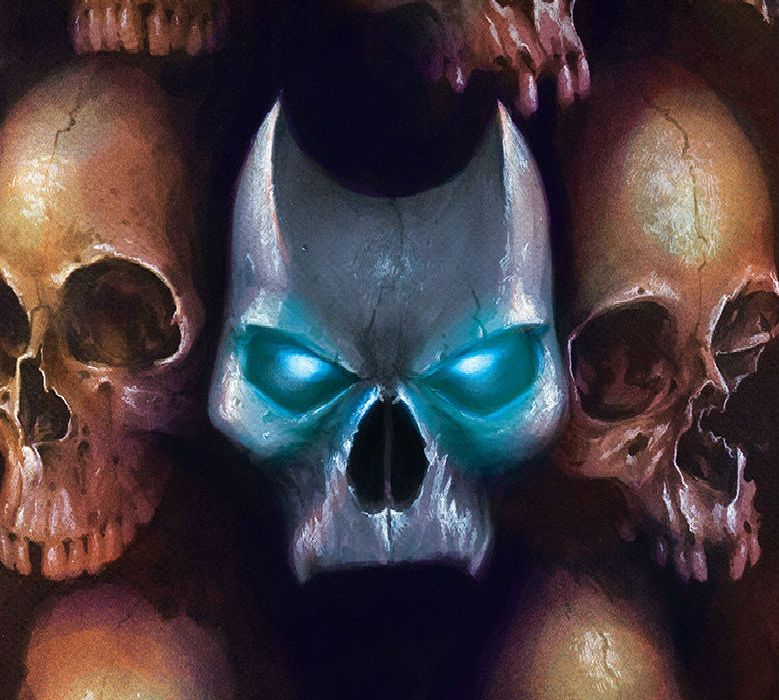 We now officially begin the second half of Valiant’s “4001 A.D” event with a tie-in dealing with one of the Valiant properties with a more sporadic showing. How do House, Roberts, and Gill fair in showing us the spooky sides of the future? Let’s find out. 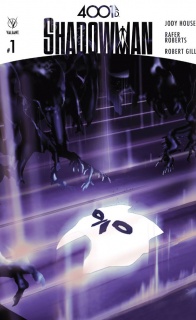 A blood sacrifice is made, a war looms, and the Deadside?rises! In the synapse-shattering world of the future, witness the dawn of the dead’s greatest hero and the fate of a young girl who may be humanity’s only hope! As Rai leads a revolutionary insurrection against the forces of New Japan, the legendary hero called Shadowman returns to fight another day in the year 4001 A.D.! Valiant rising stars Jody Houser (FAITH), Rafer Roberts (A&A: THE ADVENTURES OF ARCHER & ARMSTRONG) and Robert Gill (BOOK OF DEATH) reveal the dark side behind the 41st century’s coming conflict?and bring you the future of the Deadside today!

Poor Shadowman. This property has not had the greatest time in the Valiant Renaissance. It started decently enough but then got really twisted around, not helped by Peter Milligan’s . . . not great run followed by “Shadowman: End Times”. Now it’s been a bit sporadic, with Jack Boniface showing up in an arc of “Ninjak” and Dr. Mirage essentially becoming Valiant’s face of their supernatural stories. So, does “4001 A.D.: Shadowman” help provide a new context for the property, to give it a good direction and perhaps hope for the future?

The answer to that is: …maybe?

“4001 A.D.: Shadowman” is a bit of a frustrating issue for me. When I finished it, I had similar feelings that I had coming out of “4001 A.D.: X-O Manowar” but for completely different reasons. Whereas “X-O” felt very textbook and devoid of time spent creating interesting characters, especially considering how little really happened in that issue, “Shadowman” had a similar void of real human connection, but for a different reason.

To put it simply: there’s too much.

And this issue tries to do this.

To be incredibly honest, this felt like a cluttered pilot, a story that should have worked as a four-or-five issue story arc to help really give some meat to the concepts it’s introducing (and they do have potential) and, more importantly, develop these characters. Instead, it feels like a story arc crammed so tight that the seams are bursting.

Because of its cluttered nature, the overlying message that the writers are trying to communicate — always question what you’ve been told — feels bogged down. The basics of this place is that there is this town called Gethsemane that surrounds a place called Sanctuary, the last outpost of a repelled Deadside invasion from a long ago war. Sanctuary provides power for the people of Gethsemane, while the human town provides sacrifices to help maintain the power. The story takes place from the perspective of Kaia, one of the sacrifices. It goes through the story that not everything is as it seems and that the fear of men of what it doesn’t understand is to blame, e.t.c. e.t.c.

This may seem like I’m being harsh on the book, but it does provide some interesting concepts, such as what it does with the Loa (kind of spirit guardians) and, of course, the mystery of this Shadowma-err, Shadowwoman. The book does provide a sequel hook (complete with an “End?” final credit) and I would like to see more of this. I just wish this didn’t feel as dense as it was.

One last question: How does this tie-in to the main “4001 A.D.” event? One of the sectors of New Japan crashes into the town. That’s it. Trust me: It is a random as it sounds.

Robert Gill’s artwork here was a bit smoother than I’m used to in his other works like “Book of Death” and “Armor Hunters: Harbinger”. Honestly, his artwork here reminded me of Paolo Rivera in the character work and expressions. A bit cartoony. I think being teamed up with colorist Michael Spicer was a great benefit here. I don’t see Spicer’s work as often as I wish (last time I saw it in a Valiant comic it was in “Dead Drop”, which was not a great book, story wise) and here, he lends a tone that gives the artwork that kind of “B.P.R.D.” vibe which is a good vibe to have. Something that can translate creepiness even in broad daylight.

I actually really dig Travel Foreman’s cover to this issue. It has the creepy supernatural factor with these shadow creatures reaching down, but there’s also a kind of mirror sheen around the Shadowman mask that invokes the kind of future that is New Japan (which is a bit different from the wild west in the apocalypse that is in this issue, but still!). It’s perhaps my favorite cover of the issues I’ve reviewed so far. Kudos.

This was not a bad issue. It was better than “X-O”’s tie-in but it had problems. I didn’t hate it, I want to see this be done in a way that allowed the story to breathe a bit and get to know these characters in a more fleshed out way. I do hope that sequel hook isn’t just blowing steam and that there is a plan in motion.