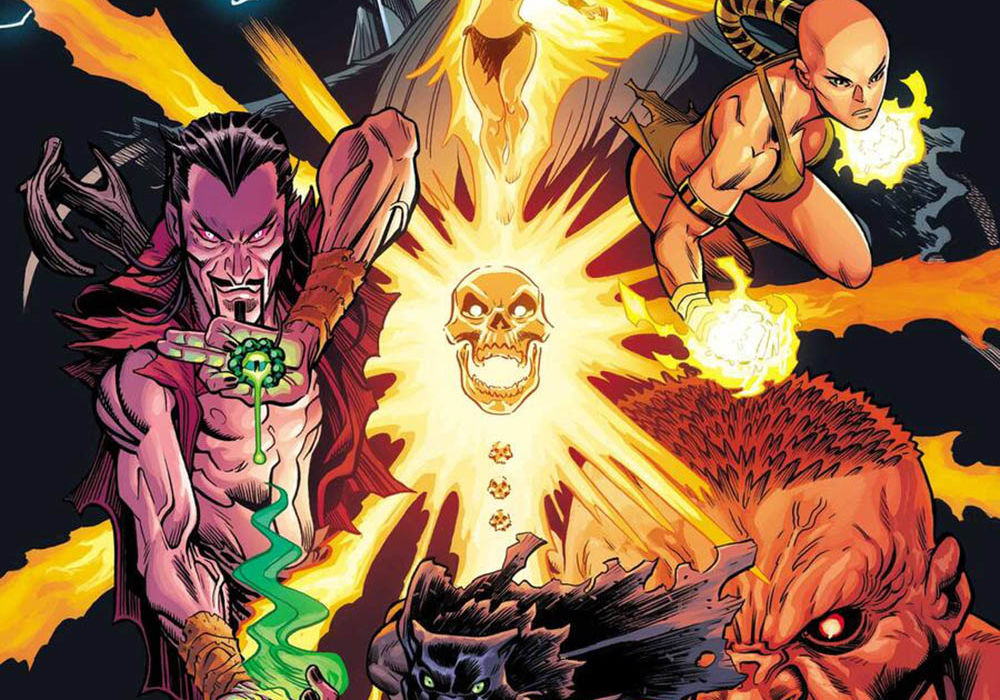 Witness a new take on the origins of Thor and the dissolution of the Prehistoric Avengers in this intriguing one-shot! 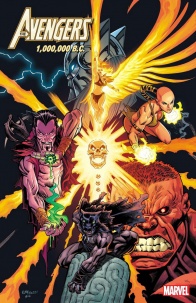 THE SECRET ORIGIN OF THOR – REVEALED!

They are the defenders of the dawn of time. Marvel’s first and mightiest legacy heroes. But their greatest secrets have never been revealed. Until now. Witness the dark events that shatter their ranks. See how their lives come to shape the entire future of the Marvel Universe. And be there for the monumental event that reunites them one last time: the true story of Thor’s birth.

The Avengers of 1,000,000 BC (hereafter referred to as the Prehistoric Avengers) are a relatively new addition to Marvel canon. For fairly obvious reasons, they, as early holders of powers (and at times heroic aliases), are not working together in the modern era, but the exact reasons for why this is the case, let alone why they would have importance to modern comics, have been obscured. While they have had some time to shine, there have often been more questions inherent than answers. Does the “Avengers 1000000 BC” #1 one-shot, advertised as the story of their dissolution, help to bring reasons to care to the fore?

Jason Aaron has been writing the Avengers, more specifically this particular group of Avengers, since 2017. Furthermore, he was previously instrumental in discerning particulars about the Asgardian mythos in Marvel from 2012 until 2019. As such, he seems a perfect choice to delve into the final days of the superhero team from, to quote the title, more than one million years before the present day. At least, this is what the situation would be in theory.

In practice, the result is a bit less clear. For some time, Aaron has indicated that Firehair (better known as Lady Phoenix, the bearer of the Phoenix Force on the team) had a significant role in the birth of Thor Odinson, even to the point of identifying her as the Norse thunder god’s actual mother. For that reason, the fact that this story revolves primarily around the relationship between Lady Phoenix and Odin (effectively the analogue to his son Thor on the Prehistoric Avengers team) is hardly surprising. Unfortunately, the result is that the rest of the team is essentially nothing more than a group of side characters, with minimal importance to the plot itself. In fact, it is the member whose fall initiates the disassembly of the team itself who seems the most important, and he does not even have a single spoken line.

Even with the relative lack of importance of most of the team, the story is not inherently bad. The interactions between Odin and Phoenix are fraught with emotional intensity, as the wielders of two extremely powerful forces – one magical, one psychic – are wont to be, and the inclusion of important characters from elsewhere in Thor’s history (both villains and supporting cast) help to give the tale some weight. There seem to be some changes in the narrative that Aaron has been telling about Thor’s origins, ones that put less intense strain on what has been known for the past twenty or so years, but that change is welcome for the very same reason. At the same time, the adjustments are such that the inclusion of the Prehistoric Avengers seems borderline irrelevant, more giving a reason for some emotional trauma for Phoenix and a physical threat for “Avengers 1000000 BC” #1 itself. Yes, the story is rather heartwrenching at times, but it has some difficulty establishing itself as truly mattering at all.

The plot aside, Kev Walker’s illustrations really help with the emotional beats to this one-shot. A death is shown in a single panel that is both somewhat understated and very impactful at the same time. Panels emphasizing distance between different people, such as one of the conflicts between Phoenix and Odin, are drawn in a way that makes them appear somewhat larger than life. This kind of perspective-made adjustment is also visible, though for certain reasons seemingly less intense, with the truly gigantic direct antagonist of the overall one-shot, who, unlike the two Prehistoric Avengers, actually is physically large as well as by power or personality.

Emotion plays a large part in the collapse of the super team, and the concentration on emotional reactions, especially faces, is a strength of Walker’s artistry. The boisterousness or confusion of Odin, the wrath and determination of Firehair, and even the mostly unspoken disgust of the Panther Tribe, among other characters’ interactions and reactions, are plain for all to see, though the writing does help to contextualize some of these behaviors (especially those of people who either lack speech, such as Starbrand; or lack truly expressive faces, such as Ghost Rider).

Dean White’s colors give the fullest life to an Earth more than one million years in the past. A dark sunset comes over a death to make it feel all the more somber. The flares of red, orange, and yellow give true breadth to the majesty of the Phoenix Force’s power, while a cold blue focuses on the unforgiving cold of an unnatural storm of ice. Greens and other softer colors draw focus back toward the season of spring and agents of the Earth, ones of peace and stability where the other forces may conflict to extreme degrees. With this varied palette, the new tale of this ancient team feels at home with the rest of Marvel canon.