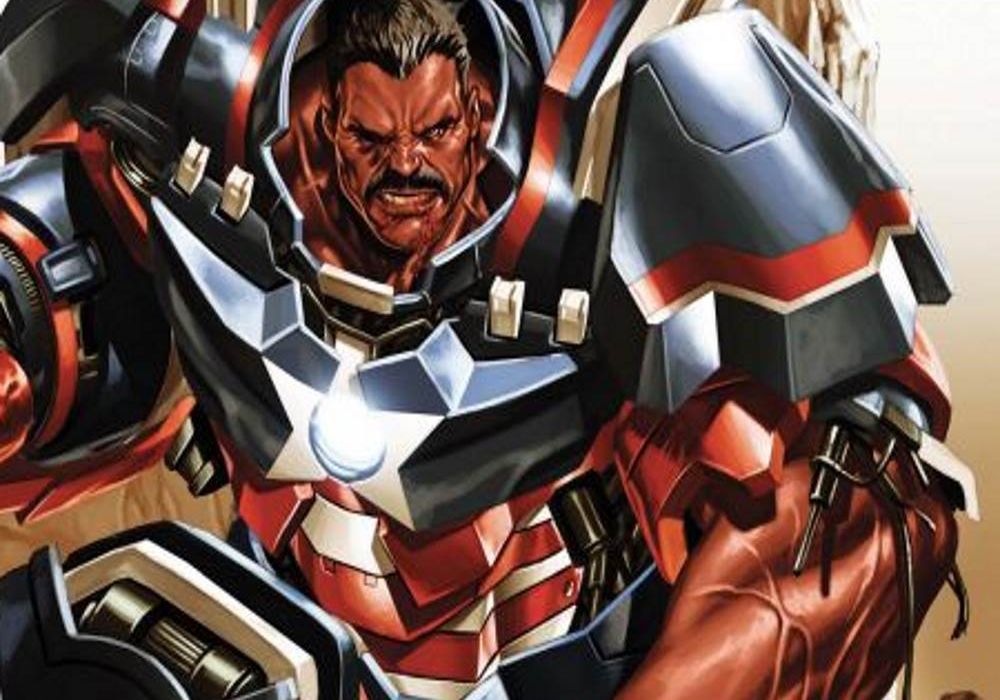 A weekly “Avengers” series by a slew of creators could be exhausting, but ‘No Surrender’ has actually been a lot of fun. Instead of a bloated event with tons of crossovers, this series has been an epic smackdown worthy of Earth’s Mightiest Heroes, and a fitting sendoff to this generation of Avengers. As we get closer and closer to Jason Aaron’s pared down team in “Avengers” #1, it’s nice to spend a few final issues with the finally united two-dozen plus superheroes as they fight to save the whole damn planet. 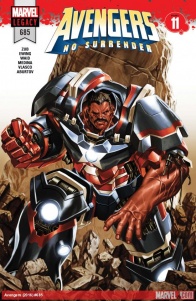 NO SURRENDER Part 11 THE AVENGERS WEEKLY EPIC CONTINUES! The Avengers are in the fight of their lives trying to end the Hulk’s rampage, but nothing can stop the unstoppable. And when an Avenger betrays the team, can the rest of the heroes hope to survive?

“Avengers” #685 focuses on the Hulk. That’s a good move, because lots of Hulk stories devolve into characters queuing up to be whupped by him, and that’s pretty much what happens here. There’s a lot going on in this story — and I mean a lot — so the relatively simple structure helps move things along. At this point, there are three teams of Avengers, two teams of supervillains, a few double agents, a traitor, rogue elements, and Jarvis.

It’s a testament to the quality of the scripting that I come out caring about characters I had never read before. The main hero of this issue is General Robert Maverick, the new Red Hulk. I’ve never cared much for the Red Hulk, but this arc has made me love the mustachioed never-swearing soldier. Other characters like Toni Ho and Aikku Jokinen play background roles, and the issue does a great job laying out their deals. I even found myself sort of intrigued to learn more about characters like Synapse, or see what’s been going on with Doctor Voodoo. I sort of want to go back and read “USAvengers,” and honestly that’s the highest praise I can give this issue.

The main way to assess an issue like this is novelty. I’ve read ‘World War Hulk’ and ‘Avengers Disassembled’ and Peter David’s run on the “Hulk” from the ’80s and ’90s. I know how this goes down. But the creative team manages to pull some fun tricks in Vision fighting Hulk, and some cool character beats in Quicksilver trying to act the hero. The characters all know they’ve been here before, and they even bring up tactics that have worked in the past, but the story still managed to surprise me. Not in a slack-jawed-shock kind of way, but definitely a smiling-and-nodding fist-pump kind of way. That’s what I want out of my silly superhero fight books.

Paco Medina takes the lead on pencils in this issue. Being so action-heavy, and having to balance stories by three different writers, a lot falls on his shoulders. Medina proves himself very game when it comes to framing action. He doesn’t re-write the book on form, but he totally nails his beats. When two characters are squaring up and narrating their fight moves, each action beat gets a long horizontal panel. When everything goes terribly wrong: huge splash panel, followed by a series of reaction panels, zooming in on each character’s face. I’ve read enough boring or confusing fight scenes lately to really appreciate what Medina is doing here. Other artists should read this arc to refresh themselves on the fundamentals.

Speaking of the basics though, Medina does struggle a bit to nail character faces. That’s fine when it comes to monsters, robots, and masks, but Toni and Aikku have the same face, only one of them wears glasses. Same with Wasp and Scarlet Witch for that matter. Each of them are expressive enough, but on class picture day, I’d be relying on hair color to tell each of them apart. It reminds you that one of the reason superheroes wear masks is to make them easy to differentiate. As things stand here, Asian American, Finnish, and Roma women all look pretty much the same.

“Avengers” #685 is as simple as comic books get. Well, that’s not entirely true. It asks the reader to follow thirty-something characters, and track their superpowers and changing motivations. What I mean to say is that “Avengers” #685 makes it look easy. Month to month, this is what the average superhero book should be. Big drama. Superpowers. Shocking moments. High stakes. Most acclaimed superhero comics become beloved for doing something different. ‘No Surrender’ distinguishes itself by being as basic as can be.

Final Verdict: 7.9 – When something this complicated feels so simple, you know you’ve got a good smashy fighty capes and tights book.