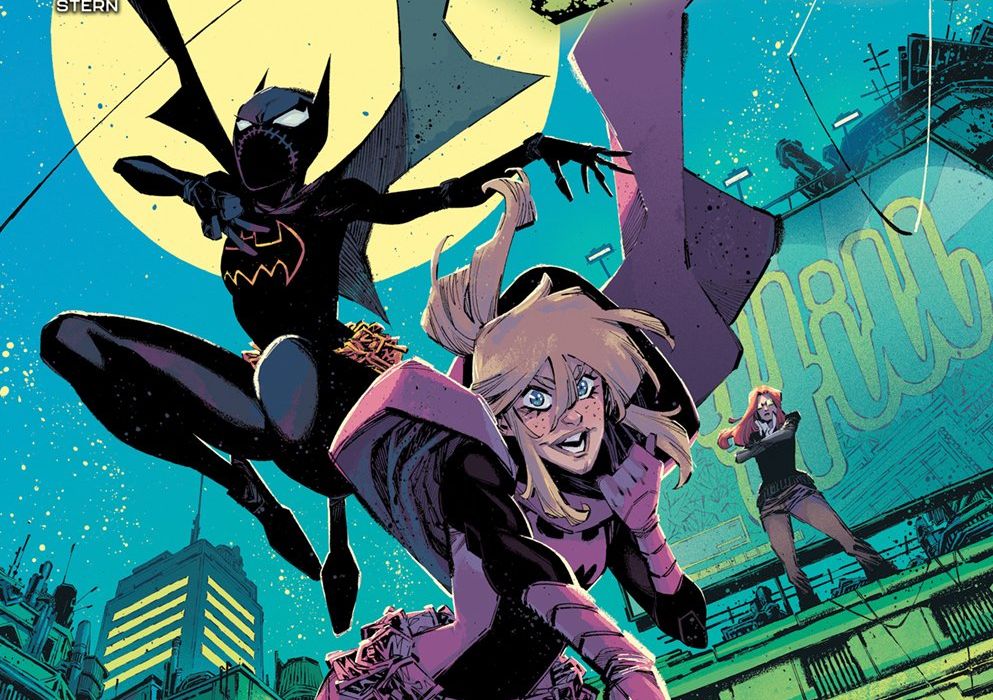 It’s been a long road for Stephanie Brown and Cassandra Cain to reclaim the Batgirl mantle, but fortunately, this is a cowl that can be shared. Now that they’ve got the big bat logo on their costumes again, it’s time for a new comic that has all three Batgirls teaming up to… mostly lay low until they can figure out how to deal with a foe that’s managed to out-hack Barbara. But hey, it’s good to have them back! So let’s take a look and see how the new “Batgirls” mini-series goes. 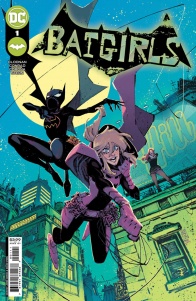 Um, hello—you didn’t actually think we’d keep you waiting this entire year without giving you the Batgirls series we’ve all been wanting for forever, right? No way, we love you too much—just like Batgirls Cassandra Cain and Stephanie Brown, who are only able to navigate the dark, gritty and oftentimes scary city of Gotham by leaning on the bright light that is their best-friendship.

Mentored by Oracle, the Batgirls move to the other side of town where Barbara Gordon can keep a better eye on them while the hacker Seer is still invading their lives. Steph may be too rash sometimes, and Cass doesn’t speak much—but what they lack in similarities, they make up for with their mutual respect and love for each other…and what makes them stronger together as Batgirls! And they may be good at kicking ass, but they are just trying their best to be normal teenagers—who’ll borrow the keys to a muscle car that belonged to a bad guy and perhaps give it a joyride around town without a driver’s license, then race to get back home to Oracle by curfew!

Splashing the pages with bright colors against a dark backdrop of Gotham, Batgirls is the pizza slumber party of the year you don’t want to miss!

Normally I’d start the review off with a brief synopsis to cover the plot points, but the solicitation handled that for me, so we can dive right in. Yes, as it states, this is a comic where Barbara, Steph, and Cass move in to a run-down apartment to work together. This sets the comic up for plenty of fun, whether it’s hijinks with their clashing personalities living together or from Steph and Cass sneaking out to fight crime while Barbara is busy.

As such, it’s a very character-driven comic. If we can like our protagonists, they’ll carry the story. So in that regard, “Batgirls” is… perfectly fine. It does occasionally feel like the characters fall a little into more tropey roles every now and then, with Stephanie being the “happy and energetic one,” Cassandra the “quiet and tough one,” and Babs as the responsible one trying to wrangle them, but none of these roles are inaccurate at all, and they still have good chemistry and personalities. We still get a good feel for the characters, and they don’t feel confined to any tropes, roles, or boxes as they bounce off each other, even when they dip into them. The fact that they all have their training as Batgirls and a desire to fight crime while balancing their priorities works in their favor too, especially for Cassandra.

In fact, the comic strikes a nice balance between their at-home inter-character relationships and the actual crime fighting, while balancing the need to keep a low profile versus their desire to get out there. All the while, it sets the stage for plot points and mysteries to follow, with a nice bit of action here and there.

And of course, Babs has her own unique threat, as Oracle takes on Seer to see who can out-hack, out-plan, and out-maneuver the other. There’s lots of moving pieces here, but they work together well.

Of course, this is set in the aftermath of “Fear State,” so there’s a lot going on. Gotham is still recovering, the Magistrate’s impact still looms, oh, and the Batgirls are still suspected of blowing up the Clocktower, so that’s a thing they have to deal with too. Those plot points help propel the story and the characters’ decisions while adding on to the twists and challenges they face. So “Batgirls” fits nicely within the current “Batman” comic continuity and helps flesh out a post-“Fear State” Gotham.

It also helps that the comic sets the characters right in one of the most run-down parts of Gotham. Gotham is a big city, but whenever we follow Bruce Wayne, there’s plenty of skyscrapers to leap from and fundraising galas to save (which is all well and good, of course). In this case, there’s no Wayne Manor, just an empty apartment with overflowing trash bins and the occasional construction site.

Now, on to the artwork. Jorge Corona has a unique style, emphasized by Sarah Stern’s colors. It has a certain roughness to it, but each panel is filled to the brim. Sometimes it’s filled with clutter from the scenery, other times it’s paintings on the walls behind them, but there’s almost always a lot going on, filled with bright hues from all across the color wheel from Sarah’s color work.

I’ll be honest: this art style doesn’t do it for me. The artwork’s use of rough, jagged line work and inconsistent or exaggerated designs aren’t my cup of tea, especially when the proportions make their limbs seem two short lines drawn close together. And while the amount of detail put into each setting and panel is noteworthy, it also has the effect of making each scene feel cluttered too. The colors often contrast, with plenty of sharp greens, oranges, and purples, or reds, yellows, and blues, which does make the images stand out and feel almost otherworldly but aren’t exactly the easiest on the eyes.

However, please note that I did not say the artwork was bad. This is a style that isn’t to my tastes, but it’s still got a distinctive look and feel to it that matches the overall tone and atmosphere of the comic. While the “Batman” comics often go for the very solid and clean designs, emphasizing characters’ physiques and utilizing darker colors, “Batgirls” goes in the exact opposite direction, making it a more unique Bat-family comic. If it’s rough and unpolished, it’s because the characters are too – they may be Batgirls in their own right, but they’re still entering new territory and doing something different, with artwork that matches that.

And these are not contradictory opinions to hold.

So, how is “Batgirls” overall? The characters are likable, the plot moves along well enough, and the artwork suits the atmosphere. It may not be like Batgirl-focused comics that have come before, but it’s still bringing Steph and Cass back into the spotlight, and for that, I am grateful.

Final Verdict: 6.3 – The Batgirls are back in action, and you love to see it.