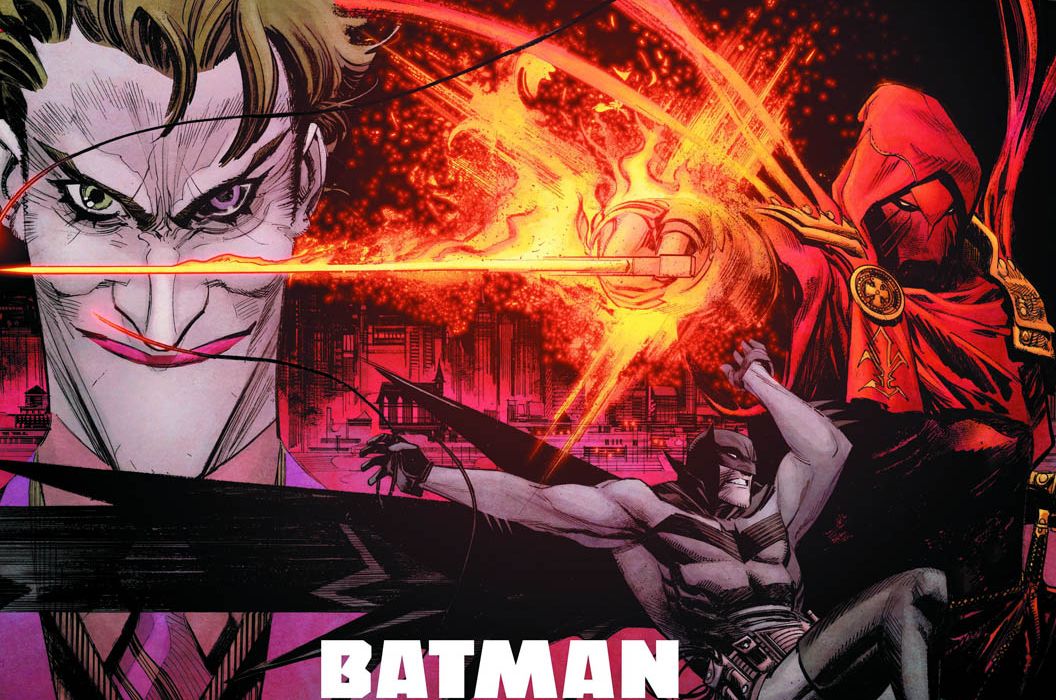 With “Batman: White Knight,” Sean Murphy captured a Batman aesthetic that felt both futuristic and vintage, timeless even. The book’s muted sepia and cool gray color palette provided by Matt Hollingsworth coupled with Murphy’s trademark hatching and a script that borrowed liberally from Batman’s comic, film, and animated television history combined to create a freestanding vision of Gotham City that was unique in its unapologetic patchwork homage and go-for-broke storytelling. It was a full throttle gas of a mini-series sculpted around a premise that could have easily come from DC’s Golden Age. What if the Joker went legit, and Batman was the real menace? It even featured two Harley Quinns. The series was a commercial success, ushered in DC’s Black Label imprint when it was collected in trade paperback, and granted Murphy a return ticket to his Batverse in “Batman: Curse of the White Knight,” a series that launches with a less succinct hook but no less fanfare for fans of the previous series. 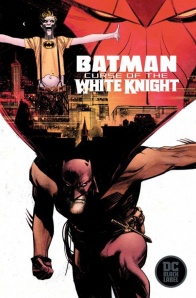 In this explosive sequel to the critically acclaimed blockbuster BATMAN: WHITE KNIGHT from writer/artist Sean Murphy, The Joker recruits Azrael to help him expose a shocking secret from the Wayne family’s legacy—and to run Gotham City into the ground! As Batman rushes to protect the city and his loved ones from danger, the mystery of his ancestry unravels, dealing a devastating blow to the Dark Knight. Exciting new villains and unexpected allies will clash in this unforgettable chapter of the White Knight saga—and the truth about the blood they shed will shake Gotham to its core!

This first issue begins with a scene that could be pulled straight out of the climax of an old Hollywood adventure movie starring Errol Flynn. There’s a dashing swordsman with a whip, a gun-wielding knight-like cleric, and a nocturnal monster locked in a duel and something about land rights for the Gotham Valley. The combatants have familiar names to anyone even the most casual comic fan, and Murphy punctuates his prologue with a panel intended to hook readers immediately into this new installment in the White Knight saga, and it works.

Batman stories have often trafficked in the kind of historical thriller meets urban crime story that Murphy sets up in this first issue. A personal favorite is 1989’s Grant Morrison’s ‘Gothic’ storyline in the second arc of the long-running “Legends of the Dark Knight” title, and more recently Scott Snyder explored the depths of Gotham’s secret history that beget the Court of Owls in the early issues of his New 52 run with Greg Capullo. Here there’s a 300-year mystery whose clues have been hidden under the bed of Bruce Wayne’s dearly departed butler that serve as the impetus of a liberated Joker’s latest plot to undo the Dark Knight.

If readers want to know what happened before, the previous eight-issue series is a prerequisite because Murphy doesn’t provide a recap to that series which culminated in Batman removing his cowl and revealing his secret identity to Jim Gordon, an act intended to regain his old friend’s trust after a series of escalating events that pushed their relationship to the brink of collapse. Batman and Gordon are given a nice extended scene in this premiere issue that proves that the gesture was effective in doing just that. The two have the easy rapport of colleagues who genuinely respect one another, and Murphy even lets them play good cop/bad cop and then archeological investigators in the depths of Arkham Asylum’s foundation. Murphy also gives wonderful narrative-setting scenes to Bats with Nightwing and Batgirl respectively, each revealing Murphy’s keen ear for natural dialogue. Murphy’s assuredness in setting up this new series commands respect for his ever-increasing status as a comic writer even if continuity wonks may cry foul that he gets to play fast and loose with the sacred cows of Batman continuity. If we can get more stories like these, continuity be damned.

While the Joker’s plot in the previous series centered around painting Batman as public enemy number one, this time he seems hellbent on destroying the altruistic Wayne family legacy. In “Batman: White Knight,” the Joker learned Batman’s true identity, and now that his do-gooding alter ego Jack Napier is gone (even though his blueprint for a better Gotham remains), the Clown Prince of Crime is free to poke holes in Gotham’s Dark Knight once again with the help of Jean Paul Valley’s alter-ego, the Knights Templar-inspired Azrael, a character that will be familiar to longtime readers of Batman and who once upheld the hero’s mantle after Bane broke Bruce Wayne’s back. Here Murphy adds a sobering twist to his version of Azrael that should pay dividends in the balance of the series. It adds a poignant side to the narrative that the previous series took much longer to display.

As one would expect, the art in “Batman: Curse of the White Knight” is a seamless continuation of the look established in the first series. From Batman’s collared cape to Joker’s rockabilly punk profile, Murphy ain’t fixing what ain’t broken. Murphy’s command of multiple perspectives breathes an urgency into this pot-boiling premiere issue, and Hollingworth’s colors are again invaluable in setting the dour mood of the best Batman tales. With no heresy intended, there’s something here that recalls Frank Miller’s iconic contributions to Batman’s publication history apart from Miller acting as the artist to his own scripting in “Dark Knight Returns.” There’s something intangible about a creator with a singular vision being able to translate to the page precisely what the script intended, and Murphy’s Batman work taps into that undefinable quality and the sense of fun that a creator who is given the keys to flagship intellectual property while also being unshackled from mainstream continuity can bring to the comic book page. And Murphy is clearly having fun playing in Gotham’s crime-ridden playground. May he get to stay as long as he wants.

Final Verdict: 9.0 – “Batman: Curse of the White Knight” gives compelling evidence in its first issue that the well-deserved success of Murphy’s preceding series was no fluke.