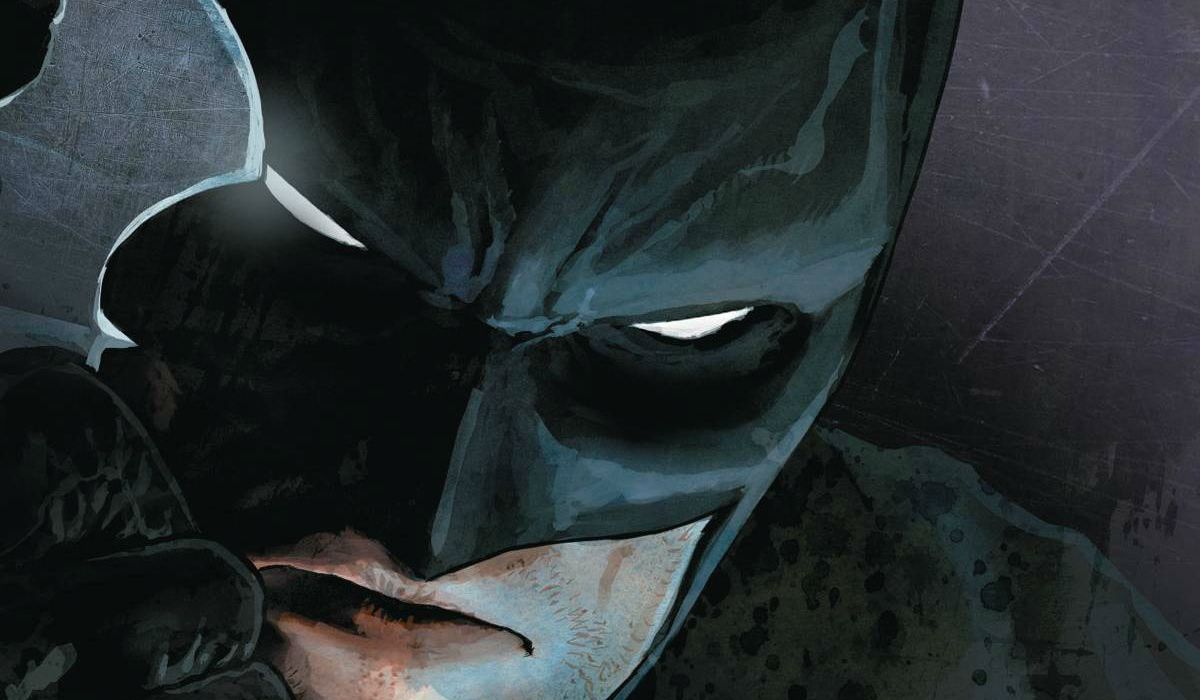 Essentially, “Batman: Rebirth” is a transitory issue, one last chance for Scott Snyder to turn the keys over to the new regular “Batman” writer, Tom King. What should feel like a fluid segue, as yet another mainstream corporately-owned superhero character goes into a new iteration, reads more like a defeated sigh toward what’s ahead. 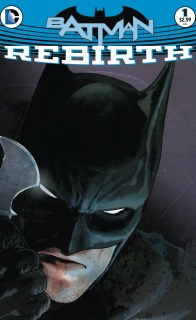 “People tried to change the cycle,” the Calendar Man says, wielding an enormous gun while battling Batman. “The skies and the oceans! They’ve nearly wrecked the wheel!” Batman shrugs it off as he launches into an attack with plenty of punches and electromagnetic blast conduced through his ears.

Has Calendar Man ever been an interesting villain in and of himself? At best, he’s an intriguing device, his most memorable appearances throughout the Bat-mythos (“The Long Halloween” and. . . ?) use his schtick as a launch point to explore other themes, ideas, or motifs. With “Batman: Rebirth” #1, writers Scott Snyder and Tom King use him to talk about the revolutions of mainstream corporately-owned superhero characters. They use him to talk about how you’re able to keep a character around for practically 80 years and still have him relevant and captivating to modern audiences. They structure this issue around the changing of the seasons, exploring how a character may grow and change over the course of a story or a run, but in the end, not much of that sticks around for very long.

Snyder and King go super literal for “Batman: Rebirth” #1. They have Mikel Janin depict Calendar Man as this almost reptilian figure, who dies, sheds his skin, and reemerges from the remains. “Every time he comes back, he comes back slightly different,” Duke says to Bruce. Though he’s talking about Calendar Man, this could apply to the mainstream corporately-owned superhero comic book industry as a whole. It’s difficult not to see a cynical perspective, with the whole reemergence sequence drawn disgustingly and unnervingly; you think something more beautiful would come out of it, but the new Calendar Man is just as ugly as the previous one, with maybe less wrinkles. “He’s a different person, but he retains the memories he had last time,” Duke continues. “He’ll come up with new ideas.”

“Batman: Rebirth” is a 20-page reassurance that this character is still going to be here and still going to be doing his thing. Snyder’s asking, What was the point of being worried in the first place? as he ducks out and King takes over. Sure, sometimes the mainstream corporately-owned superhero industry produces an artistic and expressive piece of work, something unique and exciting to the medium, but it’s mostly about maintaining the status quo. The people working on these books aren’t artists so much as craftsman. They have their own individual talents, strengths, and perspectives, but it’s ultimately about serving the industry overlord, of making sure all these bulleted items get checked off month after month. I mean, some of the craftsmanship is admirable, and creative teams can create something memorable or entertaining. However, at the end of the day, Batman will still throw punches. He’ll still remember from time-to-time he’s a detective and get around to solving crimes. There will still be a slew of themed bad guys pouring out of the woodwork to challenge him. There will always be some company-wide event forcing him to drop everything to go fight.

There’s a scene midway through the issue where Lucius Fox and Bruce are actively and blatantly resetting the material, restoring Bruce’s fortune right there on the page. “Through some very traditional accounting and legal maneuvers, I have managed to uncouple the Wayne Family funds from the government’s lien,” Fox says. “Your fortune and your company are yours again.” All the while, as Fox is talking, Janin depicts Bruce doing chin-ups off the side of the building, literally going up and down before restoring his place. Janin does draw a gorgeous Bruce Wayne, but he looks exactly like Dick Grayson with more chest hair.

It’s not like Janin can get too creative or ambitious with the artwork anyway. There’s a company-wide tone to maintain, an atmosphere DC’s top brass prefers. (It’s trash, by the way.) Modern mainstream superhero art might be some of the most boring and bland comic book art available. Janin’s a decent enough artist and he does okay with curbing some of the more annoying superhero aesthetic tendencies. The perspectives aren’t constantly distorted, the panels aren’t frequently broken by objects bursting from the frame. Wide shots are well done and the book is readable, though it lacks any rhythm and therefore any tension. But again, that might be appropriate for the message, since everything will eventually reset again; the characters will revert back to square one.

The thing is, a lot of these points Snyder and King bring up also feel part of the cycle. Much of it was said by Grant Morrison and Chris Burnham back when “Batman Incorporated” wrapped up. The biggest difference I can see is Morrison loves the cycle of these things, while Snyder (and maybe King, too) remains dejected by everything. What was all that work and effort from the last three years even worth? As this Rebirth movement continues, we’ll probably see the murder of Thomas and Martha Wayne again. The Joker will come back. (Wait, aren’t there three of them now or something?) There will be brand new gadgets and a brand new Robin. “Like I said, I’m trying something new,” Bats says to Duke, presenting him with the Robin suit.

The issue ends with Bruce and Duke training. They’re doing high kicks against a tree while reviewing the rest of the case. More importantly, they’re kicking the exact same spot, but making no progress at all in defeating the tree. It’s the perfect description for how these types of comics work, that repetition, that constant action with lack of progress. “We come back better each time, too,” Bruce reassures Duke, but while looking directly at the audience, resetting the cycle and getting ready to launch back into the adventure. “You’re crazy, you know that, right?” Duke says, looking just past the reader, as if he too can’t believe that we’re going back at this again.

Final Verdict: 6.5 – Defeated and cynical, it’s like these comics have lost hope for themselves.