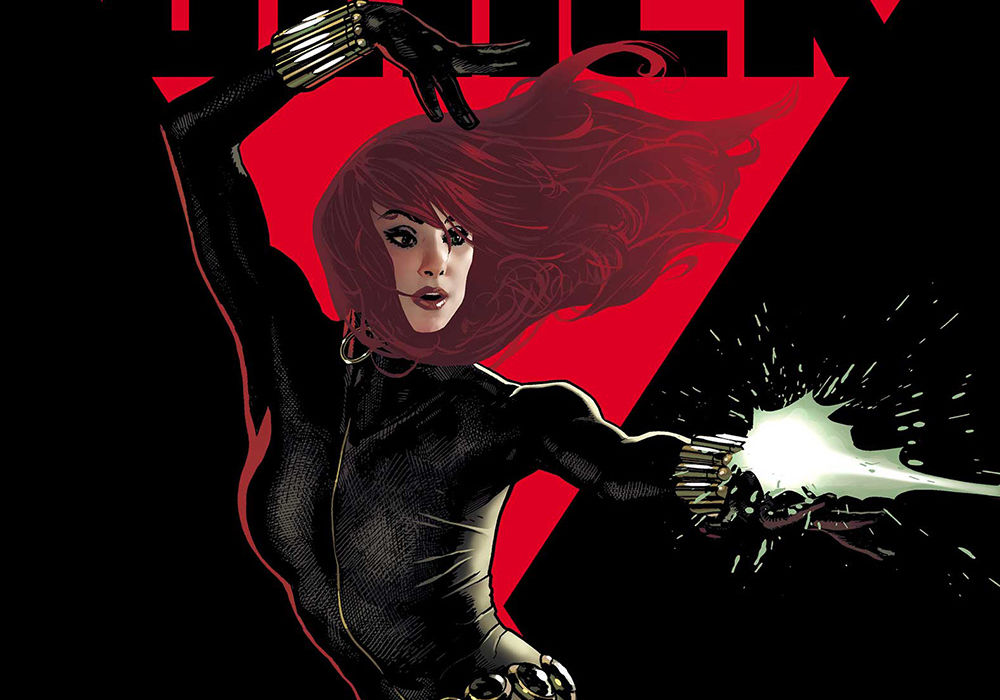 Natasha Romanov, the Black Widow, has been many things – villain, hero, anti-hero, and all moralities in-between, not to mention having gone between dead and alive on a few occasions. Now she’s got a movie on the horizon, so what better time to give her a new comic? And who better to write it than Kelly Thompson, who will be remembered forever by us as Multiversity as the creator of Jeff the Land Shark? Well, let’s take a look and see how it plays out. Of course, this will involve a spoiler or two. 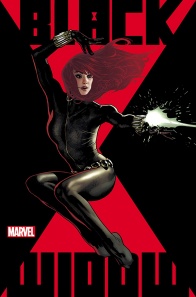 KELLY THOMPSON. BLACK WIDOW. ‘NUFF SAID! Best-selling, Eisner–nominated writer Kelly Thompson (CAPTAIN MARVEL, STAR) and rising star artist Elena Casagrande (Catwoman) launch a new BLACK WIDOW series that changes everything! Natasha Romanoff has been a spy almost as long as she’s been alive. And she’s never stopped running, whether she was working for the good guys…or the bad. But Natasha’s world is about to be upended. Beyond San Francisco’s Golden Gate lies a mystery that only the Marvel Universe’s greatest spy can solve. Don’t miss the heartbreaking thrill ride of 2020!

Even though Black Widow is a superhero within the Marvel universe, she’s a spy first and foremost. The creative teams behind her comics tend to remember that, giving us a combination of espionage and martial arts that keep the comic engaging. Kelly Thompson starts us off with just that, bringing us into the middle of a mission that gets to show off exactly what Natasha can do.

This opening scene works well in a number of ways. It introduces us to her as a character, demonstrates her skills, and establishes her relations to other characters, all in one smooth scene. It’s made all the better by Elena Casagrande’s artwork, which gracefully captures the fluidity of her actions, her confidence, and her brutal efficiency. The way the comic uses a two-page spread, divided between the top and bottom of the pages, to show the hallway fight scene is wonderfully done.

The pacing moves us through the sequence nicely, keeping the focus Black Widow while bringing us with her on her mission. The successive steps move quickly, adding to the efficiency of her task. The narration, panel placement, and artwork combine nicely to bring us through it all.

And that’s just the opening sequence.

The setup works well as an introductory issue to the character as well as bringing us into the story itself. When the story kicks off, we quickly learn that this isn’t just about carrying out a mission – something has happened to Natasha.

The storytelling here is nicely done. We see her falling from the roof, then it cuts to months later. Kelly Thompson’s use of “show, don’t tell” works wonders as we meet “Natalie,” see she’s got Natasha’s charisma, confidence, and athletic skill (but apparently none of her memories) and can begin to piece together what’s going on. The scene transitions just in time to bring Clint and Bucky into the plot, kicking off part of the story that will carry through this series.

Without needing to provide exposition or any further action, Kelly Thompson draws us into the story to the point where we can begin to understand what happened, while raising so many more questions. Who did this? Why? What’s the end game? It’s a great hook that gets us drawn into the story.

The last page reveal adds onto this by bringing in a familiar Marvel villain, one who isn’t normally her kind of foe. How he’s connected has yet to be seen, but it leaves readers wondering what’s afoot and what the game is.

So the story is off to a good start, but how is the artwork? We have Elena Casagrande’s illustrations, supported by the color work from Jordie Bellaire. The artwork uses soft designs with strong, clear linework, which is appropriate for the character and the story. There’s just enough detailing on each of the characters to make them distinct and detailed without getting bogged down in the linework, allowing Jordie’s colors to stand out as well.

The scenery is also excellent. As a California native, I’m always happy to see the Bay Area shown in comics. The establishing shot for San Francisco captures the city nicely, and the scene where we see Natasha/Natalie driving over the Golden Gate Bridge is beautifully done. There’s a lot of nice detailing in each of the scenes, including a variety of architecture to make the two cities feel distinct.

In the scenes where Hawkeye appears, there’s a nice visual homage to Matt Fraction’s run that utilizes small circular panels within panels. It’s a nice touch that makes his character feel consistent with previous “Hawkeye” comics, even if he’s not the focus of the issue.

Going back to the color work, Jordie Bellaire’s work is quite nice. Each scene has its own color scheme, from the red of Black Widow’s infiltration to the foggy San Francisco cityscape. It keeps the comic vibrant, and adds a different touch to each page. Each character stands out against the background without clashing, keeping the visuals nice and engaging.

Overall, Kelly Thompson’s “Black Widow” run is off to a strong start. It’s a fun comic that carries itself nicely, accompanied by illustrations and color work that keeps the story lively, and a hook that will keep readers engaged until the next issue. If you want a little more Natasha Romanov to tide you over until the Black Widow movie gets released, you can’t go wrong with this comic.

Final Verdict: 8.0 – A strong introduction to a promising series, filled with a good combination of action, story, and artwork that will keep you engaged the whole way through.