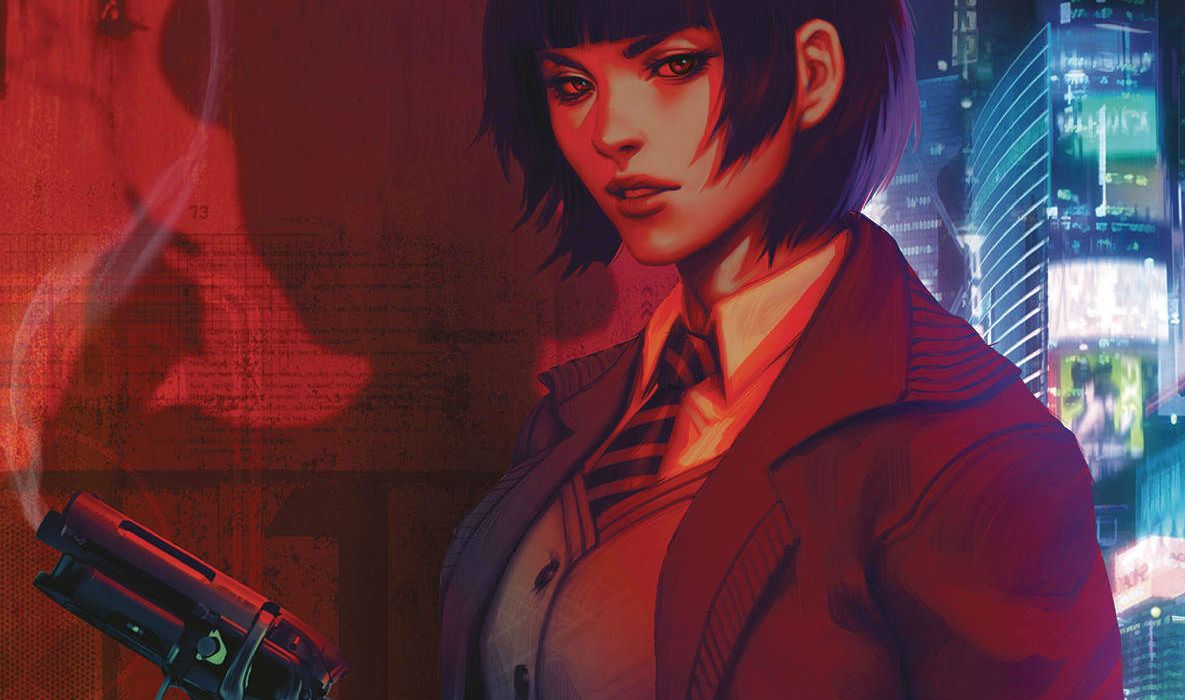 Move over, Rick Deckard. There’s a new (or rather, old) blade runner in Los Angeles. 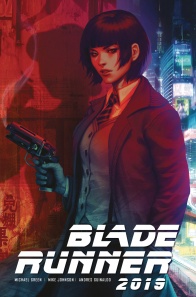 In the neo-noir city of Los Angeles, 2019, veteran Blade Runner Detective Ash has a new case: a billionaire’s child, kidnapped by bioengineered Replicants…

As one of the key films to bring the cyberpunk genre into common knowledge, Blade Runner has a pretty hefty legacy. Pulling off a new story in that world can be difficult, especially if a reader wants to be introduced to new concepts. However, Michael Green and Mike Johnson are definitely up to the task with “Blade Runner 2019” #1.

When it comes to protagonist Aahna “Ash” Ashina, Green and Johnson do not look away from any of the unsavory behaviors involved with not only being a blade runner, but also a general part of the world of dehumanized androids as is presented by the Blade Runner franchise as a whole. While Detective Ash is our protagonist, she is so self-involved and mission-focused that it is difficult to call her a “heroine” of any sort, with every benevolent action having some kind of ulterior motive or a lack of any choice in the matter rather than altruism. She is a sympathetic figure once readers are shown at least part of what drives her intentions, but there is no attempt made to turn away from the amorality and, to a degree, inhumanity she expresses in her job as what is, in essence, a government-sanctioned assassin of replicants.

One of the most interesting parts of Green and Johnson’s storytelling is the dual nature of the plot. On the one hand, we have Ash’s job and how she goes about it in trying to solve a kidnapping case. On the other hand, we have the actions of the people she is trying to find, the family of the man who requested, in an offer she had no option to refuse, her aid in the first place. While there is not a lot of attention on the latter as of yet, Ash’s narration runs over those scenes in such a way that it is not at all difficult to see her as making unintentional parallels between her own life and that of the persons of interest in her investigation, especially when her own vulnerability is juxtaposed against their rather dire situation.

Through Andres Guinaldo’s illustrations, the oppressive-yet-lively world of “Blade Runner 2019” #1 comes to the fore, making readers all too aware of both the bustling and dangerous nature of the franchise’s take on 2019 Los Angeles.

While the film franchise keeps in large part to the grimy or otherwise unsavory locales of the era from a street-level point of view, Guinaldo instead takes a variety of angles to fully present the return of a gilded age in the highly influential cyberpunk franchise. From a bird’s eye view looking at the bright lights of the city to the dirty underbelly of the cityscape itself to artificially clean areas owned by the very wealthy and more, the sheer variety helps to examine the difference between various classes in the corporate dystopia.

These different angles help to slowly reveal key elements of the plot, especially when it comes to Ash herself. Guinaldo presents the protagonist in layers, slowly peeling away her defenses through careful, slow reveals across many panels and intense close-ups before showing the full picture.

Shadow and light both play a significant part in shaping the world of “Blade Runner 2019” #1, and Guinaldo handles both with a high level of expertise. A single light down on a vulnerable figure amidst a darkened room can give an air of loneliness and helplessness, even when the simple, just as realistic horizontal lines of light intrude upon the darkness through a window’s blinds. The unforgiving darkness of an interrogation room can demonstrate both horror and dehumanization at once, with deepened shade around empty eye sockets that gives way to pits of the blackest pitch can summon feelings of sorrow and pity alongside the sheer disgust of what had just transpired. Meanwhile, the brighter locations in the more wealthy areas can be at once familiar to readers and disturbingly, intentionally unfitting to the dark world beyond, as if closed off in the upper class’s own little world.

By focusing in on the details of faces of the characters, Guinaldo is able to portray the sheer brutality of the world, from intense emotion to enforced stoicism, from bloody injuries to horrific cybernetic replacements or enhancements on other parts of the body. Furthermore, the details help to give the attention to detail necessary for Ash’s job as a blade runner, and leaves a lot of room for scenes akin to the famous interrogations of the films going forward, as shown in Ash’s disturbing encounter with a replicant toward the start of “Blade Runner 2019” #1.

Marco Lesko is, as ever, very good at applying tone to his color choices, with the added benefit of having some set color palettes already used within the Blade Runner franchise anyway. Much like Guinaldo’s illustrations, Lesko’s coloring revels in dissonance.

Outside, in the air of Los Angeles itself, the colors are bright neon, beautiful to look at on the one hand, but also much more varied than in other areas, giving s good look at modern metropolitan life, especially as seen in either a relatively downtrodden urban area or one filled with tourists, but not an inviting location for locals, especially with the ugly, bright lens flares brought about by the street lamps that make them difficult to look at directly.

Inside of the various buildings, the color palette shifts to a more limited fare, from cool blue colors to show a lack of many lights to sudden bursts of red for violent encounters, each seen as a way of examining the lower accessibility of the possibilities falsely implied by the streets outside. Lesko’s choice of color in this regard also keeps up to a smaller degree in other areas of Ash on the job and away from “civilized” people, as if to give an overall message about the nature of the underworld in which she seems to thrive.

Lesko’s dark, dour coloration for the less-than-wealthy seems to intentionally clash with the color palettes used around those who are far more prosperous. Eye-catching purples and blues stand out against the more subdued hues worn by most civilians, and the brief look in on an opulent house shows even more of these kinds of distinction, as if to scream silently about how out-of-touch the wealthy truly are in a world of replicants and blade runners, effectively being revolting rather than nice to see.

Final Verdict: 9.0– Intriguing storytelling combines with an excellent look into a familiar world to tell a new tale in the Blade Runner franchise.