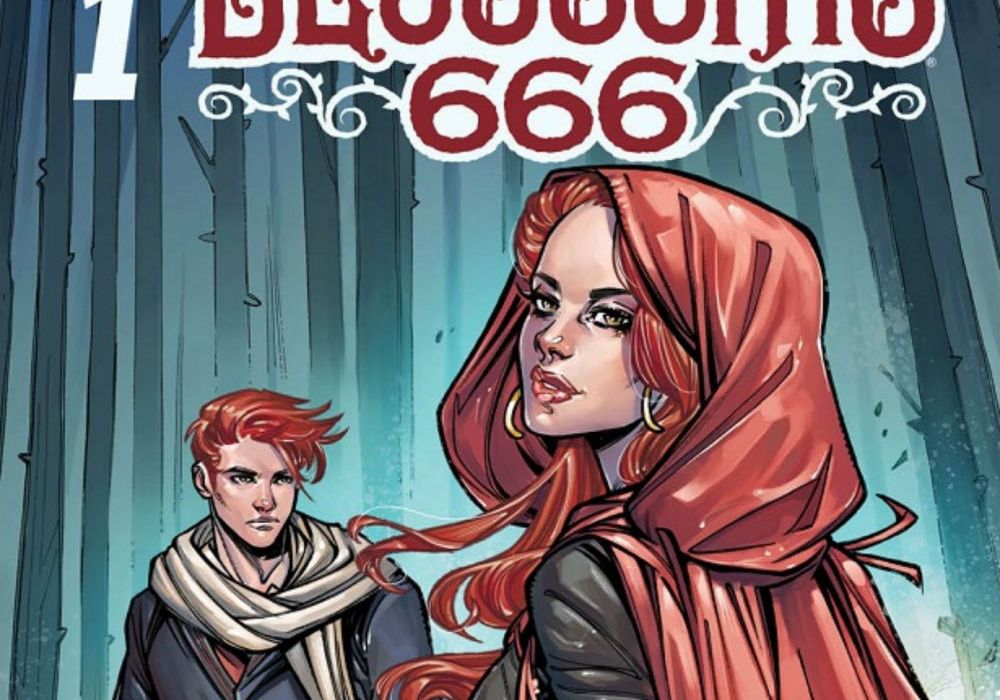 With writer Cullen Bunn at the helm and fantastic art by Laura Braga and Matt Herms, “Blossoms 666” #1 does everything that a great debut issue demands, artfully setting the series in motion while prompting the reader to wonder, what will happen next?
(Warning: contains minor spoilers.) 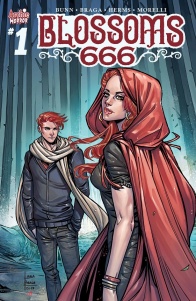 Cheryl and Jason Blossom are a pair of seemingly normal kids in Riverdale. They’re wealthy, popular and likeable – but they also harbor a deep, dark secret – one of the Blossom Twins is the Anti-Christ. Both want the title, and no one in Riverdale is safe.

Of all the characters in the Archieverse, fraternal twins Cheryl and Jason Blossom have always been the most hinky. Whether acting alone or in concert, nine times out of ten they will behave in ways that are sneakily selfish, manipulative, cold and calculating – pretty much stopping at nothing to get exactly what they want. For these two, Riverdale is one giant game board and the rest of the gang are mere pawns, to be used and discarded at will. Add in a layer of extravagant wealth, a shadowy backstory, Hollywood good looks and weird incestuous undertones and this David Lynchian duo is the perfect pair to star in a brand new miniseries in the Archie Horror line. And there’s no better comic creator than one of the great masters of modern horror, writer Cullen Bunn, to put at the helm.

Unsurprisingly, the book’s script is tightly written and exceptionally fluid, flowing seamlessly from the opening sequence to the whirlwind cliffhanger ending. After a one-page flash forward that ends in a bone-chilling panel of solid scarlet, we meet the core characters in the halls of Riverdale High. As students mill about leisurely heading to class, Betty, Veronica, Archie and Jughead innocuously discuss a party scheduled for later that night. Next, we see perennial bully Reggie Mantle picking on his favorite target, resident bookworm Dilton Dibley. An offstage voice calls out, “Hey, Reggie?” and at the top of the very next page, Cheryl Blossom is revealed.

Much like Riverdale’s resident bookworm, the reader can’t help but stare, involuntarily transfixed. Cheryl’s blood red lips and pale white skin cast a gripping but ominous pall over the scene, while her excessively pleasant, even flirty tone toward and stone cold dismissal of Reggie hint at a hidden agenda. On the surface it may feel pretty normal, but there’s an undercurrent of weirdness. Something clearly doesn’t add up. This isn’t how Riverdale functions. Or maybe it is….

After a similarly structured scene in which Jason Blossom also uses his considerable charm and good looks to finagle an extension on Jughead’s term paper from the instantly smitten Miss Grundy, we finally learn that Cheryl and Jason are in the midst of a mysterious competition. The party at their mansion is the green felt table and their guests are the poker chips – and may the most conniving sibling win.

Arriving home at their mansion, things get even darker and more foreboding. Braga deftly exploits classic Gothic visual tropes – from a symmetrical sweeping staircase to a taxidermied boar’s head – while Herms continues to punctuate his otherwise almost monochrome palette with brilliant shocks of red.

Jason takes a bite of an apple, worms – or something – burst forth and next thing we know there’s a chalk-white pentagram on the basement floor encircled by hooded figures who dramatically hold aloft golden chalices of blood.

The last 7-8 pages are damn near perfect, with exceptional layouts, fabulous colors, great character designs, spot-on facial expressions and dialogue that raises the stakes while revealing bits and pieces of intriguing backstory – not to mention subtle moments of humor and witty juxtaposition. It’s a wild and wonderful ride.

Ultimately, the real power and fun of the Archie Horror line is taking characters that we think we know and recasting them in slightly absurd, over-the-top, campy roles. By amplifying their core traits and key characteristics, we learn more about who they are and what really makes them tick. In other, not-directly-related parallel universes, Jughead is all about hunger and unrestrained appetites while Veronica is cast as an unapologetic, soul-sucking vampire. Here, the Blossom twins are evil personified: smooth, articulate, charming, sensual, flirty and absurdly rich. Who better to steal your soul than these manipulative socialite siblings for whom everything is a game and winning is all that matters? And who better to tell that story than writer Cullen Bunn and the outstanding visual team of Laura Braga, Matt Herms and Jack Morelli?

Final Verdict: 9.1 “Blossoms 666” #1 is a great first issue, deftly setting the stage for this 5-part miniseries that could be the most entertaining and well constructed Archie Horror series yet.