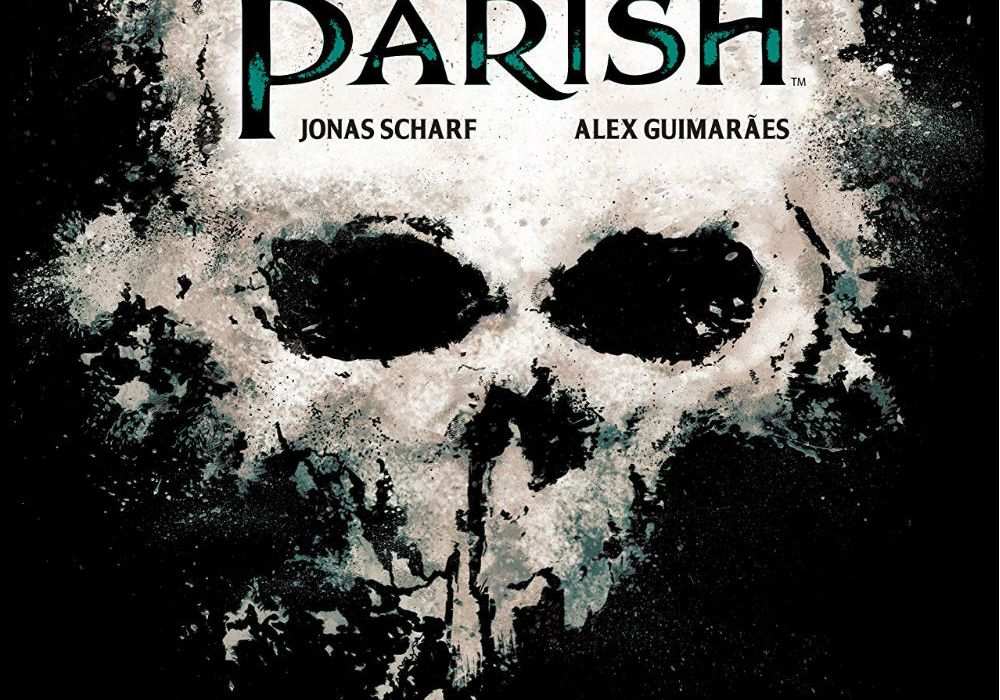 Drugs and Rock and Roll. Two (okay, three) words that have become intertwined in the collective consciousness of America. How fitting, then, that Cullen Bunn’s newest horror series opens not with rock leading to drugs but with drugs leading to rock. And maybe a little bit of bone as well. Caution, there be spoilers ahead. 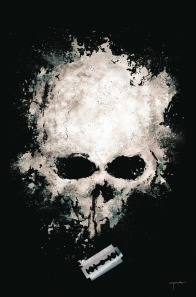 A new drug is sweeping through the streets of New Orleans—one made from the ashes of the dead. Wars are being fought over who will control the supply, while the demand only rises.

While the crime families wage war, users begin to experience terrifying visions of the dead coming back to life—through them.

Snort the ash and you’ll get the high of someone else’s life. Sounds like a decent promise for a designer drug, no? Like VR coke. It’s an intriguing premise that mixes and matches horror staples (hallucinogens and ghosts) to craft something unique. Beyond this, the setup for “Bone Parish” is fairly simple. Drugs made of human bones + supernatural highs = a bad trip that turns deadly. Simple, yes, but what complicates the narrative is that this bad trip isn’t the focus of issue one nor are the focal characters the people who are taking the drug.

Instead, the creative team chooses to stick to the distributors and creators of this new, intense drug while giving us glimpses of the people they are supplying in the midst of their highs. It’s effective at conveying the scope of the operation, the jockeying for power that is occuring all along the supply chain, and organically introducing the main characters as well as the inciting incident. Despite this being a horror book, the loud chills and thrills of many modern supernatural stories are kept to a minimum. It’s an unsettling quiet that permeates the book, allowing the infrequent moments of loud, visceral horror to be heightened.

None of this would be possible without Scharf’s artwork and Guimarães’ coloring. From page one, they knock it out of the park in setting the tone of the comic as well as the world of “Bone Parish.” Scharf’s artwork is clear but grungy, allowing the streets of New Orleans to come alive in the darkness and the shadows, filled with people filming the strange, high man singing rock songs in the middle of the road. In fact, every location and named character is imbued with life and character. Take the page where the manor, where Grace lives, is introduced.

The first panel, the largest of the page, is a shot of the house at night. The sky is cloudy, a murky green lighting up the side of the home. The only other lights are those from the window in the center of the house and the lamps on either side of a metal, pointed gate. The rest of the panel is shadowed, making what is visible seem that much more ominous and gothic. All that’s missing is a bit of lightning and some Poe lyrics to complete the atmosphere.

The next panel, placed on the right so it is glimpsed while looking at the building, is of Grace standing in the window. She is center framed, with the curtains on either side of her balancing the shot. The second to last panel is her gazing out the window at the gate, the white, chalky outline of her in the window looking like two bolts of lightning…or maybe two lines of ash. It’s a beautifully composed set of panels that is foreshadowing of Grace’s need for ash, a tonal indicator, and a way to decompress the story and establish the slower pacing of the story.

The night is given an almost ethereal glow thanks Guimarães’ use of cool blues and greens. Yellows are reserved for certain street & house lights and the sudden spark of a lit match. It’s an intrusive color in the comic, disrupting the darkness. Enhancing and challenging the ethereality are the sharper, brighter pinks and the purples of the supernatural, which allow for visual distinctions between what’s real and what’s conjurned. It’s telling, as well, that the beakers and laboratory where the ash is created are green. This may be nothing but it is an interesting decision nonetheless.

Were it not for this ethereality and heavy use of shadows, one might mistake this for a crime drama with a supernatural twist. Sure, pages such as the stripper ghosts disemboweling a man high on ash tip their hand in a beautifully gruesome manner, but the vast majority of “Bone Parish” #1 is spent on navigating the complexities of a small time drug operation growing exponentially thanks to a new, hot product.

It isn’t heavy handed in it either. Instead, issue one is about introducing us to the motivations of each of the family members via their interactions with each other and with the big crime family that wants to buy them out. This is another scene where the creative team really syncs up, delivering a tense conversation that segways perfectly into what will become the inciting incident.

Despite all that’s been said, this isn’t a particularly scary first issue. It is unsettling, filled with creepy panels and dripping with darkness, but there is very little that shocks the senses…until you start to really think about what’s going on. It’s a quiet horror, one that bursts forth and will only get louder as the series goes on.

Final Score: 9.0. A crime drama masquerading as a horror story, “Bone Parish” #1 is equal parts intriguing, creepy, and intense. If this is merely the setup, then we’re in for a fantastic journey.