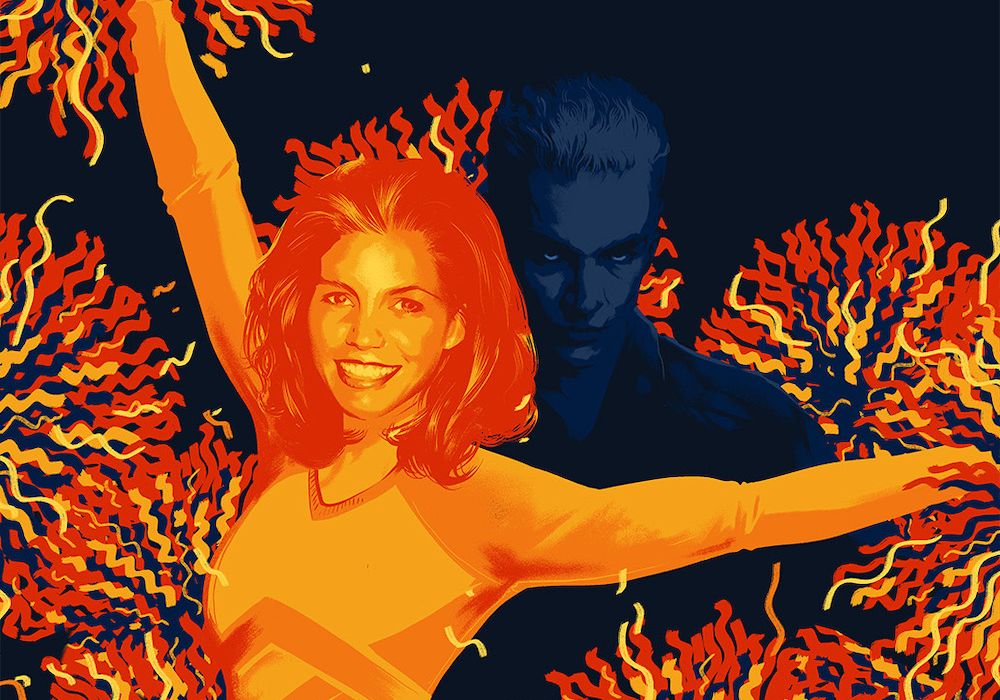 Funny, punchy, and modern without being an overt period piece, “Buffy the Vampire Slayer” #3 slinks expertly through the night once more. 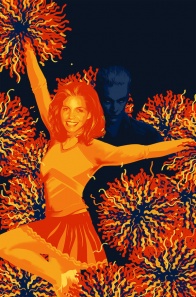 Buffy and the Scooby Gang (the name was Xander’s idea, he’s workshopping it, it probably won’t stick) delve deeper into the heart of Sunnydale’s underbelly-and make a shocking discovery about the true nature of the Hellmouth. Meanwhile, Drusilla-AKA THE MISTRESS-sets her sights on Cordelia, as Cordy and Spike find accidental common ground.

The setting update of “Buffy the Vampire Slayer” continues to impress as Jordie Bellaire slowly brings readers into the modernized world of the slayer through an adaptable tone. Focusing in on the comedy and the tension both, Bellaire brings a real heart to the emerging story of our monster hunter.

Confrontations between the supernatural and the mundane are played for appropriate horror, but also with a funny, seen-it-all attitude at times. Even the most human of characters can at times have very little problem with a giant talking monster, while others may actually point out the ridiculousness of their own nonchalance. In all, it plays across like some of the more self-aware Marvel Comics properties of the late 2010s, with a tone that hopefully will keep up on some level to distinguish the innocent bystanders from the usual “monster attacks a populated city center” scenes popular with the horror hunter subgenre to action horror. Even some of the antagonists themselves think that the story will go according to common tropes, only to be fooled by unexpected, at times quite comedic, developments with the eponymous slayer of the series or other Sunnydale residents.

Unlike previous issues, Bellaire doesn’t spend a lot of time in “Buffy the Vampire Slayer” #3 with Buffy’s friends, instead splitting its attention primarily between the antagonists and Buffy herself. While some of the humor of a more “everyman” approach brought out by the likes of Xander is missed to some degree, this shift helps to give added emphasis on the fight against evil in and of itself, rather than slowing down for teenage drama. The lack of the blog posts by Xander as a framing device for the entire issue helps to avoid compressing the narrative too much within a single issue, giving enough room for heroes and villains alike to have ample characterization. Furthermore, limiting focus on Xander and Willow helps to further the development of other relative mundanes such as Cordelia, demonstrating that many characters, not only those of the core “Scooby Gang,” are formidable or at least noteworthy in their own right, even outside of any ability to truly combat the supernatural in any extended capacity.

Everyone in the cast feels like a realized person, each with their own quirks, but all including that mildly silly Joss Whedon bent. Bellaire’s writing enables readers to have fun with all kinds of characters, from the mundane like Xander and Cordelia to the supernatural like Buffy, Spike, and Drusilla and more. A giant monster may have a kind heart (on some level), while an immortal vampiric mistress might merge her obsession over mysticism and fate with a humorous misunderstanding of synonyms and, in defiance of her age, a willingness to point out how ridiculous certain names are when divorced from their original context by several decades. Brief character moments also come up even within the context of a fight, from arguments amongst antagonists to the intensely relatable experience of a teacher at someone’s school exercising his musically inclined hobbies in public, with all of the intergenerational awkwardness that the revelation of said hobbies may cause for those younger and older than said academic faculty.

While Bellaire’s writing is superb, Dan Mora’s artwork is no less phenomenal. His use of fluid motion helps to give a feeling of an extremely lively atmosphere, especially in the heat of combat. From blurring speed lines to drawn out “flashing” cracks of a point of contact, everything about the fight in “Buffy” #3 plays across as both slightly cartoonish and very real, showcasing a merger between the mundane and the fantastic that fits well into the updated setting.

Even more impressive is Mora’s use of facial expressions. From a gigantic monstrous animal to a teenaged human girl, facial expressions are never too exaggerated, always filling some realism except where it works best to be a little more outlandish. From rage to determination to confusion to joy to embarrassment and many more, Mora’s artwork gives a real in-depth look at what each character is truly feeling, while simultaneously showing how separate from human society more overt stoicism can be by contrast.

Raúl Angulo’s work on the colors is highly impressive as well, be it through backgrounds or individual elements of the scenes. On the one hand, the dark schemes help to give the supernatural horror elements of the series time to shine (figuratively, of course). On the other, the use of color in the background of certain scenes that lack actual scenery helps to illustrate whatever emotion for which the writing may be insufficient on its own. These beats can range from an orange gradient in the midst of combat to show the intense determination of those engaged in it, to a flash of yellow after a sizable amount of green to give added force to a superhumanly powerful punch, to, most hilariously, a blood red fading into black to give the sense of faux horror brought about in an immortal when exposed to someone butchering a musical piece while attempting to perform it in public.

In all, these elements come together to provide an interesting installment in the re-imagined saga of Buffy Summers, leaving readers wanting more.