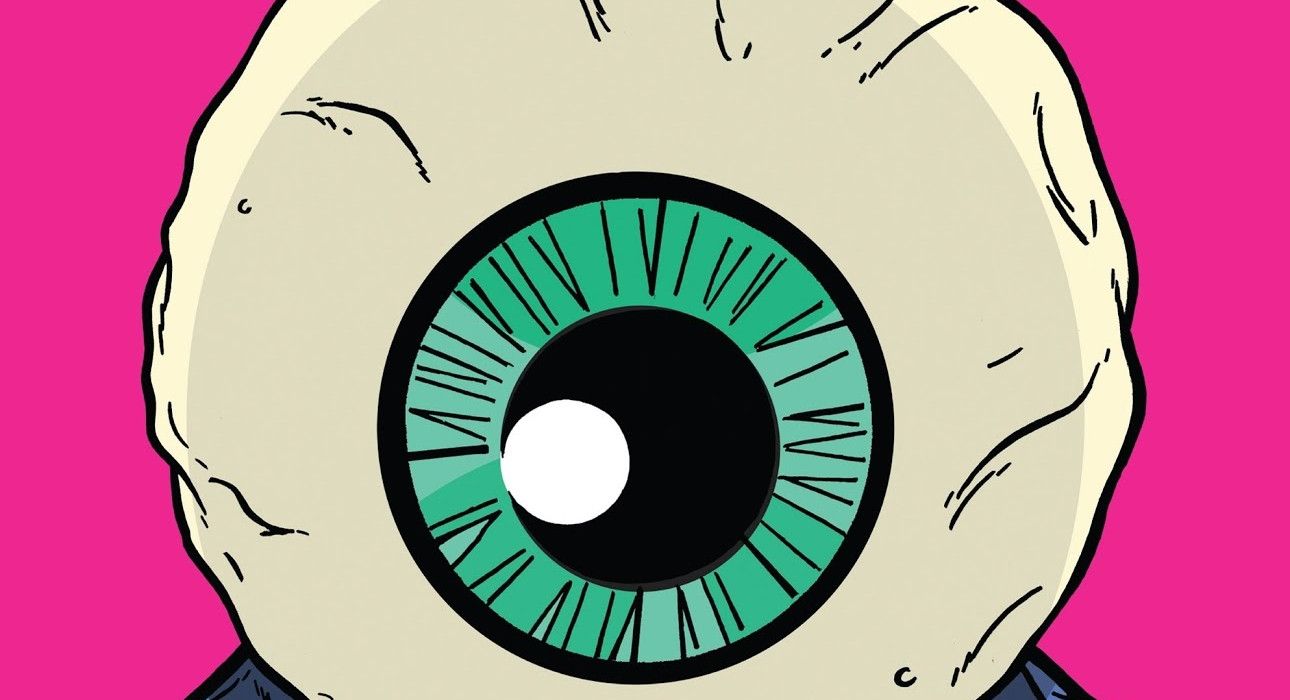 As flies to wanton boys are we to the gods, they kill us for their sport. 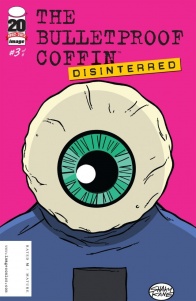 Cover by Shaky Kane
Written by David Hine, illustrated by Shaky Kane, lettered by Richard Starkings and Comicraft’s Jimmy Betancourt
Coffin Fly rises again to join The Unforgiving Eye in a race against time as The Red Menace launches an attack on planet Earth. But who is really behind this nefarious plan for world domination? Could it be that we are all no more than playthings in the hands of a 10-year-old sociopath?

A wheels-within-wheels issues. Turns out the whole superhero scenario we’ve seen acted out in the opening of issue #1 is a child playacting. Pushing this story farther into the themes of cosmic horror, David Hine wrote an adaptation of Lovecraft’s “The Color out of Space” one year before this series came out, which compliments the bleak vision offered by Shaky Kane’s artwork. Throughout this issue we get a variation on Lovecraft’s ultimate horror vision – a universe governed by the whims of a mad idiot god. There is no benevolence, nor even wickedness, the universe hurts us the same way we hurt ants when we step on them – without malice or notice. As fitting for a superhero parody this mad idiot god is here presented as an angry child who exists seemingly beyond the control of adults who try and keep him entertained: Azathoth in sneakers and faded T-shirt.

That these mad visions we saw before are just a child’s fantasy is not an unexpected twist in this type of story, The Lego Movie basically did the same thing several years later, but Kane and Hine take things one step farther. The kid in question, a disturbing little mutant with a love of open flames, is also the nephew of Detective Sartre from that story. So we’re past simplistic levels-of-reality type storytelling and unto something else.

Once again I feel the need to ‘solve’ this comic-book while understanding that it doesn’t want to be solved. Taken on its own the scenario the kid is dreaming is the type of over-the-over-top superhero storytelling I can see produced with a wink-and-nudge by a self-knowing self-parodying title. You can imagine a lost “Nextwave” issue with pretty much the same plot, or a knowing flashback in a Grant Morrison written comics. come to think of it, I certainly get slight vibes of “Doom Patrol” #56, the issue that imagines modern DC heroes as as Marvel Comics characters circa 1967 (with Stan Lee-esq editorial voice intruding upon the readers to recall past adventures that never occurred).

As for the plot of this imaginary adventure: A Soviet supervillain had stolen the greatest monuments from the United States and turns in them into a robot bent of destruction. The robot is on the moon, which, if we believe the flag planted upon it, is also American. I won’t be the first person to note that superheroes are uniquely American phenomena; what this issue is trying to do is to tie that to other uniquely American thing – fear of communist subversion. Anti-communist fear is so pervasive in the American body-politic, far beyond the typical national fear from fifth columnists, as to be just as irrational as a child imaginary playground.

So great is the projected fear of anything that has the slightest whiff of non-capitalism that it makes as much sense to imagine Komunist Kill Kadre on the moon, weaponizing American landmarks, willing to unleash them on average Americans. The double gag here is that America itself is a type of Azatoth as far as the rest of the world is concerned. This massive, gigantic, powerful thing that can’t be stopped and can’t be quite reasoned with. On a global scale this is the mad idiot god that everyone fears – and like a child wielding open flame they try to reason with it to little avail.

The lighter, as far as the small action figures and comic-books are concerned, is just as devastating as a nuclear holocaust. Kane’s rendition of the melted dolls even recalls victims of radiation burns. Indeed, the series recalls the height of the cold war in which people were busy reading four-colored adventures to make them forget their leaders were shouting cries of apocalypse from both side of the Atlantic, threatening global devastation. I recall, again, the scene in “Watchmen” #2 in which The Comedian sets fire to Captain Metropolis’ childish map while the older hero tries to reform his original super-team the Crime Busters. The Comedian brutally cuts Captain Metropolis down with remarks on how pointless the whole superhero-thing is in a world on the brink of nuclear war. The fire cleanses hopes and dreams, be it regular or irradiated.

Or am I, once again, reaching? Possible. Not just possible but likely. But so it goes with “Bulletproof Coffin” – you read it, it reads you. You try and analyze it and it mocks your feeble efforts. I gave it my best shot, I swear. But I think eventually the comics gave a better shot back at me. 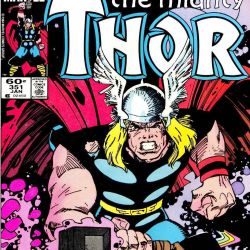 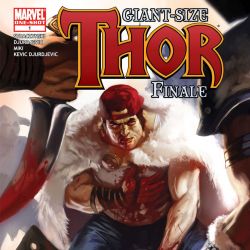 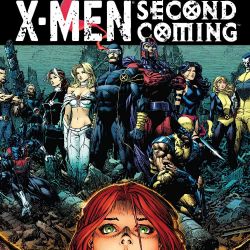