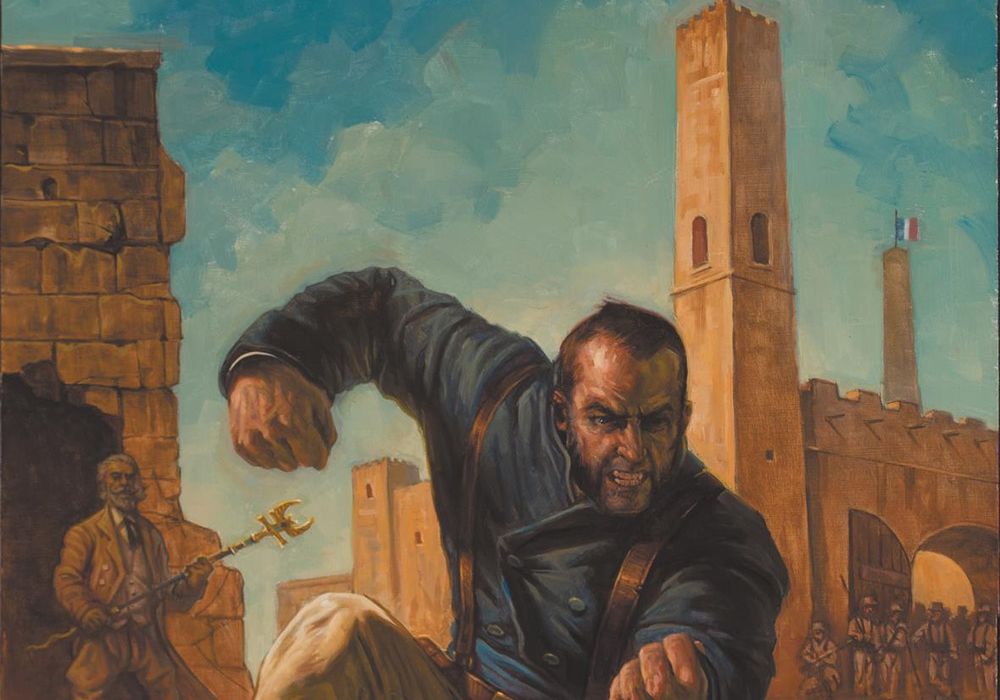 “Call of Duty Zombies 2” isn’t a generic zombie shooting romp: it’s much more than that. 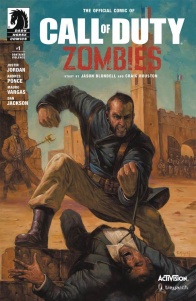 Meet the brand-new cast of characters from this year’s Call of Duty: Zombies offering in this prequel! The year is 1910, the place is Morocco, and there is a job that needs doing. The man to do it? A commanding officer in the French Foreign Legion. The prize? An artifact of unspeakable power. The price? More than he bargained for.

Coming into a “Call of Duty Zombies” comic, fans might be expecting a standard “gung-ho heroes fighting zombies” story, as is common to some elements of the franchise. For all of its intricate lore in the Zombies sub-series, gunplay has been the foundation of the Call of Duty video game franchise, and why would that change?

As Justin Jordan shows, your standard “zombie shoot-’em-up” affair isn’t actually necessary at all. In fact, aside from a brief showing at the start, there aren’t even undead. Instead, the story revolves around magic and crime in Morocco during the year 1910. As it happens, the story itself seems to be a prelude to the actual undead horrors, and plays in a manner not unlike an Indiana Jones film. With our two main characters, Alistair Rhodes and Bruno Delacroix, a classic “brains and brawn” situation sets itself up, with a pitted against the criminal elements of Paris. In actuality the story seems to be a prequel to the upcoming multiplayer-centric Call of Duty: Black Ops 4, in particular for Bruno Delacroix himself, who is to be playable alongside Alistair’s daughter Scarlett (who shows up in the opening pages taking place two years later).

The story of Bruno and Alistair is one of trickery, subterfuge, and, of course, violence. However, while the violent nature of the series does come to the forefront when Bruno gets directly involved in his merciless takedowns of various criminals hunting him, Jordan focuses the attention on the subtler side of the plot, in particular Bruno’s backstory and motivation, the cause of his guilt and shame. While the writing seems to indicate that the focus character is Alistair, his rather straightforward “look for the artifact” story is more of a means to an end than the end itself, a method by which Bruno Delacroix can be expanded upon and his life debt to the occultist be explained. Fittingly, there is a lot more time spent on his actions, on his conflict with his former gang affiliates, than on the research Alistair that is Alistair’s focus.

Of course, Jordan’s focus on the virtually superhuman strongman has another benefit: an increase in action. While the focus of the story of “Call of Duty Zombies 2” #1 is not technically the physical conflict, that kind of action would be a major draw for fans, as would a means to expand on what exactly Bruno is capable of, even if the abilities are not shown in the game itself, and may indicate a similar focus for subsequent issues regarding Scarlett and the other two new players, Diego Necalli and Stanton Shaw.

While there is a supernatural element to the issue, it is only shown a scant few times at key moments, enabling the more mundane action to rule the day. Perhaps the more magical nature of the series, including more focus on the apparent primary antagonists in the form of the cultists, will be progressively unveiled in different degrees, but how much the pulpy nature of the series can hold that type of story is uncertain as of yet.

Andres Ponce does a very good job of showing the dynamism of the Call of Duty franchise in his artwork. This is best shown in the second page of the issue, with a mystical artifact at the center surrounded by four different images, presumably taken from four different issues of the series. The images range from a showing of distinct magic to hit a body, to a frenzied attempt to fend off the undead in darkness, to an action-oriented traintop battle, to a close-up of a horde of zombies, each with its own different perspective and its own feel, ranged from wonder to horror to intrigue.

The style of the art is very “pulp fiction,” with blank backgrounds in highly intense action sequences, but more intricate ones in moments of relative calm. The use of that kind of focus helps to concentrate in on the action of the moment, on the physicality of hand-to-hand combat. Another fun piece is in some caverns, when, by not showing the protagonists, they appear to be akin to unstoppable creatures, especially when Bruno performs such borderline supernatural actions as pushing a car off of a cliff with his bare hands or crushing (and dismembering) a group of gangsters with a boulder thrown from above. This kind of perspective makes him in particular seem not unlike a villain from a monster movie, albeit one with a heroic aim.

Dan Jackson does a very good job on the colors, adding to the pulpy feel of the entire story. Splashes of color in high intensity moments, from a visceral red to a shining white, helps to increase focus on the characters involved. Blood splatters contrast significantly against the dark blue of a French Foreign Legion uniform, and even more blood is visible from around eye sockets and other areas, thereby indicating how disturbing the combat can be without needing to go into too much detail on internal injuries or open wounds. Most significantly, the blinding yellow and orange of the magic in use contrasts with all of it, adding a light that is outright ethereal and unnatural against the more subdued colors of the caves or even outdoors.

Together, this creative team crafts a fun, interesting two-fisted tale that leaves readers wanting more, even if they aren’t invested in the Call of Duty franchise itself.