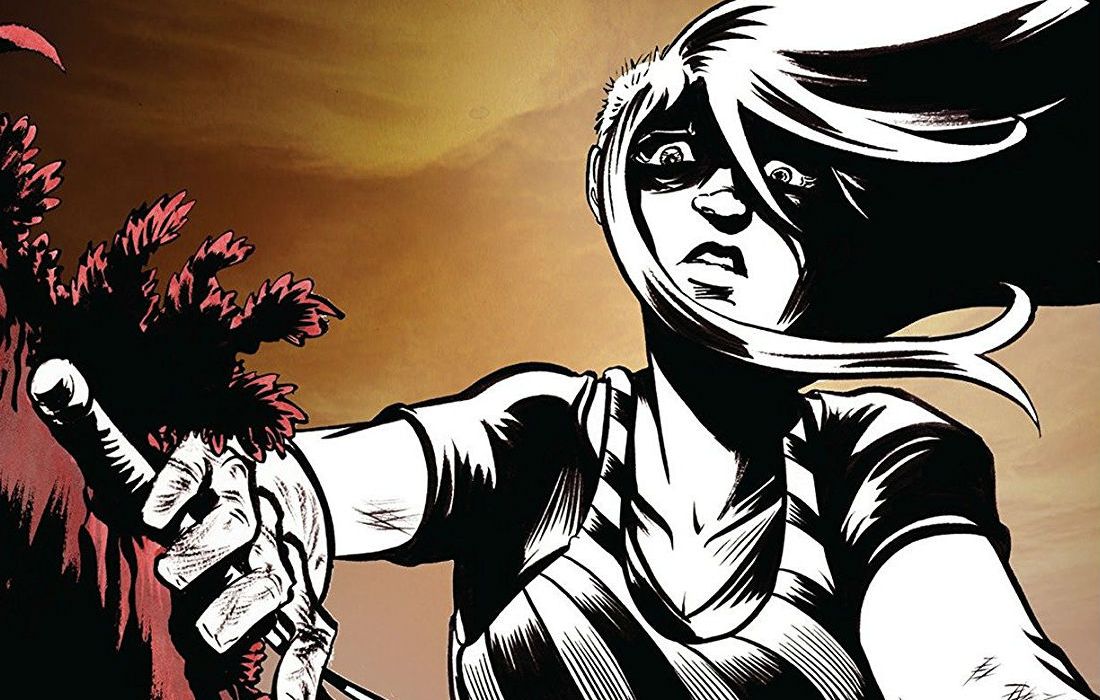 Can you keep a secret? When is a secret no longer a secret? And what draws us to make secrets public – – consequences of those revelations be damned? “Come Again” plunges the world of secrets through the lens of the free love community, the hardest place possible to keep a secret. 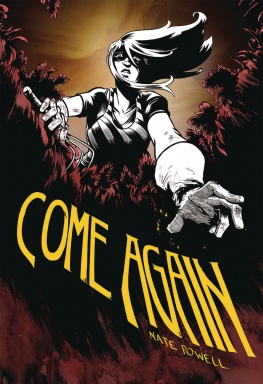 As the sun sets on the 1970s, the spirit of the Love Generation still lingers in one “intentional community” high in the Ozarks. But what’s missing? Under impossibly close scrutiny, two families wrestle with long-repressed secrets… while deep within those Arkansas hills, something monstrous stirs, ready to feast on village whispers. With his first solo graphic novel in seven years, #1 New York Times bestseller Nate Powell presents a haunting tale of intimacy, guilt, and collective amnesia.

With the end of the Me Decade in sight, the community of Haven Station in Arkansas clings fiercely to the free love ideals, even as its numbers dwindle. In such a small place (eight families as the book opens) the only thing you can own that isn’t shared in community with everyone else are your secrets – – and even those are near forced into the open as people surreptitiously seek answers to everything. Within this culture, Haluska (“Hal”) has a secret that she’s managed to keep to herself for a long period of time: her affair with her friend’s husband, while she is separated (though on decent terms) with the father of her own son, Jake. After all, “what’s a little time on her own terms” in a forest hideaway outside the town limits with her lover? But there’s something in their hideaway that knows Hal and Adrian’s secrets – – all the secrets of Haven Station, in fact – – and it’s only a matter of time before one of the young children of Haven Station finds this hideaway and is swallowed by it. Now, Hal wrestles with double the guilt: the weight of holding secret her affair with Adrian, and the disappearance of the child – – who happens to be Adrian’s son with his wife and Hal’s friend Whitney, Shane. It’s a race against time for Hal to bring Shane back to the world before the paranormal force she’s unleashed through her affair wreaks permanent havoc on their community.

The artwork of this story is primarily in black and white, with heavy shadowing and ink throughout – – seeping out of and into panels. It’s a deliberate choice for a free love community, a metaphor of the weighty nature of secrets in this world that stresses openness and accountability. Trees lurk over the commune and its outside walls, an artistic Greek chorus for the activities of Haven Station. Ebony both provides shape and ambiguity to this landscape; making the negative space in between panels that one sees in other comics part of the story, itself also a Greek chorus of sorts for the plot. The scenes that are bathed in light showcase innocence, outward normalcy: the opening that establishes the life of the commune and its members, Shane and Jake’s outdoor playtime, a weekend market where Hal and Adrian’s secret is forced out in the open, the commune the days after Shane’s disappearance as they wear the cloak of the everyday. It’s a choice that makes dual statements: emphasizing the world of the commune as that of black and white, and the life of our narrator Hal as she lives in the world of the grey. Powell’s letters are as much artwork themselves as they are the vessel of text: teenage girl cursive for Hal’s trysts with Adrian, lowercase block text of temptation from the power in the cavern. They never compete with artwork, though my aged eyes do wish some of the main narrative text was a bit larger.

For all this black and white, there is color in the story, focusing on four different colors: red, green, blue/violet, and yellow. They mix and match throughout scenes but do play dominant in certain settings. The red, an earthy brick red, colors the present day scenes in outward life of the commune and the nearby town – – an interesting choice given that red is often associated with varying scales of passion, be they of love or of violence. It is also a color that represents purity and joy in some cultures, so perhaps its choice in these scenes isn’t as odd as it may seem. Remember that many scenes in Haven Station are those that are less in shadow than others, thus the choice of red amplifies the sense of community integrity and happiness, artificial as they may be. Green makes the majority of its appearances in flashbacks. This is the most restful color to the eye, promoting peace, harmony, and innocence: perfect words to describe the early days of Haven Station. The blue/purple combination makes its appearances in the cavern trysts of Hal and Adrian. The obvious significance of the purple is that it’s the reflection of a dimly lit cavern. Digging deeper, purple – – particularly the lighter one on display here – – is the color of romance and passion. Yellow comes into play in the cavern, a harsh light illuminating naked bodies, and as such, illuminating secrets.

Turning to the narrative, if you were looking for the more linear storytelling of Powell’s most well-known work, “March,” you won’t find it here. He eschews large blocks of text here for fleeting dialogue in the form of recollections of Hal, as if she is looking back on this period in her life through the lenses of introspection and retrospection. Nothing is longer than a sentence or two, sometimes just a word or a phrase, and many pages are wordless, allowing the reader to draw their own conclusions. The story itself is in ways, a secret: held close to Hal’s heart, revealed in bits and pieces to the reader, carefully measured, a way counter to our 2018 world where privacy and secrets are becoming quaint notions. Past and present mix throughout, as we flash back to the early days of the decade and Haven Station, where we see the blossoming romance between Hal and Adrian, and their first encounters with the forest spectre. The tale of “Come Again” is that of a memory, disturbing enough that Hal probably wants to forget but knows that it is such a part of her self that she needs to hold to it anyway.

And what of this force that lives in the cavern? We never see its corporeal form, though it does speak to both Hal and Shane. Is it a spirit in the most traditional sense, like what one would expect as a “monster-of-the-week” in any number of horror media? Or is it an internal manifestation made flesh (though I use that term loosely and ironically) of Hal’s guilt over her affair? Is this a story of the supernatural, of human nature, or of both? “Come Again” doesn’t provide us with a finite answer to these questions (only Hal knows them for sure, if she wants to acknowledge them), but it invites the reader to consider the concept of the secret, if they can keep it, and will they need to in order to survive.