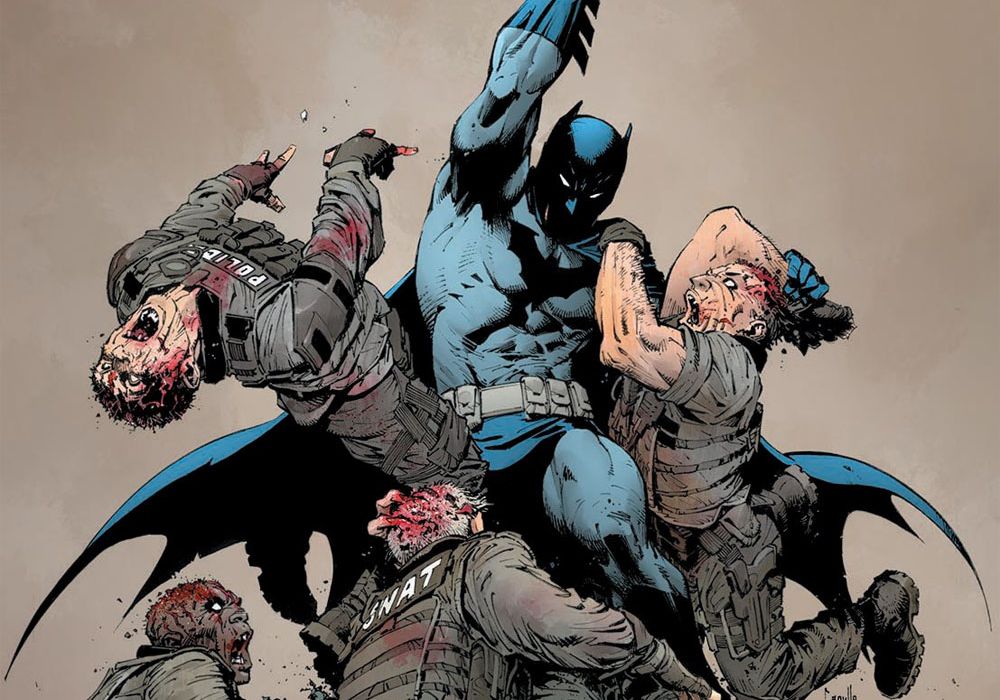 “DCeased” #1 honors the longtime tradition of zombified antagonists by twisting the concept on its head and merging it with DC’s mythology. While not completely innovative on its core concept, execution by the creative team is pitch-perfect. 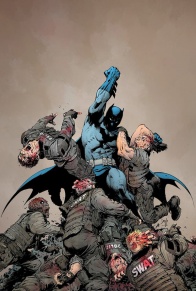 “I looked, and there before me was a pale horse! Its rider was Death, and Hades was following close behind him.”-Revelation 6:8 A mysterious techno-virus has been released on Earth, infecting 600 million people and turning them instantly into violent, monstrous engines of destruction. The heroes of the DCU are caught completely unprepared for a pandemic of this magnitude and struggle to save their loved ones first…but what happens to the World’s Greatest Heroes if the world ends? New York Times best-selling writer Tom Taylor (INJUSTICE) returns with a terrifying new tale and is joined by artists Trevor Hairsine (LEGENDS OF THE DARK KNIGHT) and Stefano Gaudiano (The Walking Dead).

Tom Taylor has made a name for himself on several projects, but he might be more known for his lengthy, even seminal, work on DC’s own “Injustice” series. Taking a concept that some might have looked as a gimmick (the adaptation of a video-game) and making it into something truly epic and enduring. Now, Taylor turns his attention to another alternate reality, one where the DC universe is overtaken with a very specific type of zombie. Results are in… and they are excellent.

Before discussing how the plot executes and innovates on this trope, a lot of credit must be given to Hairsine, Harren and Gaudiano on illustrations. Hairsine and Harren manage most of the book and its core sections and their work is gruesome, in the best possible way. First of all, one must remember that this is, at its heart, a horror book (filled with super-heroes, but still), so pacing and reveals are a critical component. They way that Hairsine distributes panels to make the equivalent of jump scares effective is commendable. Within those panels, what readers will experience are terrifying visuals of some of their favourite characters, which shall remain unspoiled on this review.

It is not only on the big reveals that the pair shines. Quieter moments (not many to be found on “DCeased” #1) are well-rendered, with strong facial expressions. How the living heroes react to seeing their loved ones transformed is particularly haunting.

Harren (illustrating and inking) handles a specific section of the book, that takes place in Darkseid’s Apokolips. The choice was inspired, as Harren brings to the table a certainly Kirby-inspired style of drawing and narrative, with energy crackles included. It serves to change the pace just slightly before the book goes into full overdrive and it is done in a very consistent way, from how machinery is portrayed to how movement lines are used.

Colours by Beredo keep the mood throughout, across the sections by Hairsine & Harren, and Gaudiano. Beredo works is particularly noticeable on the latter section of “DCeased” #1, when a certain house goes into seclusion following the events of the issue. His use of limited lightning effects work to magnify the darkness and the gradual reveals.

Back to the world Taylor is creating. True, there are elements of this book that are very much traditional tropes, pieces that readers (or even fans of the zombie genre) will identify right away. The outbreak. The desperation. The fear for the loves ones. But it is so genuine, so well-told, that the audience is likely to forgive Taylor on going down that classic path. Especially as the writer does innovate on how the logistics of it work.

By adapting the genre to the DC mythology, Taylor leverages on how certain continuity points are established (from how Darkseid operates, down to how certain family and character dynamics are determined), so the possibilities and twists ahead of readers on “DCeased” seem plenty. This could be observed both on how the virus is spread, which opens an interesting philosophical debate.

On Dawn of the Dead by George Romero (1978), the filmmaker used the zombie backstory to infuse a commentary on the current societal mood of the time, framing zombies on a shopping mall, a direct jab at the growingly excessive consumer behaviour observed then. The choice of setting and mood was intentional, and so it is now with Taylor. The reason for that is that the spread of the virus occurs through social media and the excessive utilisation of devices, screens, etc. Being unable to shut down, to disconnect, and becoming increasingly aggressive because of that, that can certainly be read on the pages of “DCeased” #1.

Add to that very strong portrayals of classic DC heroes, strong action and sharp dialogue and this debut issue becomes a complete package. Exciting, haunting, scary and topical, “DCeased” #1 is a must read for DC and zombie fans alike.

Final Verdict: 8.2 – Disturbingly beautiful, compelling and timely, “DCeased” has everything to be another excellent series by Taylor and team.