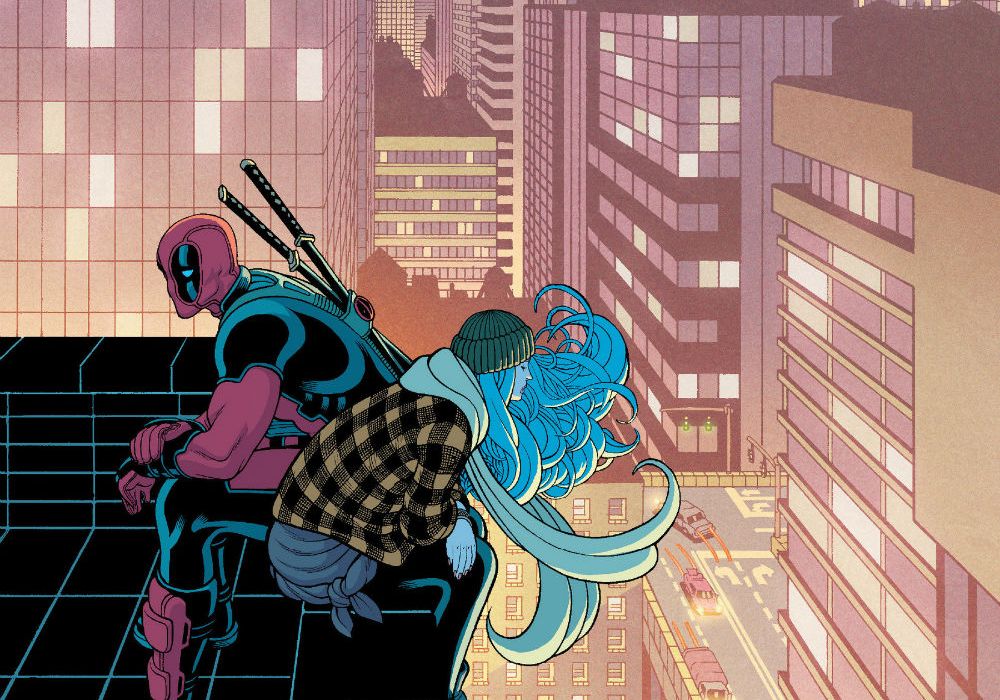 Welcome to a very special issue of Deadpool. This issue covers some important topics, so let’s take a look, and things may get personal.

There may also be some small spoilers. 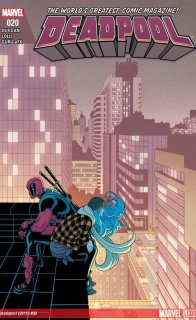 Deadpool has it tough sometimes. It can be hard to keep going. But he does.

Do you remember those moments when Superman talked someone out of suicide, just by being there for them, not as a superhero, but as a person willing to care and listen? Well, this is Deadpool’s equivalent, for better or worse.

Now, Deadpool is far from an inspirational figure. In spite of his increased popularity both in and out of the Marvel universe, he’s not exactly the type of person best suited for showing people that there’s something worth living for, a fact which he readily admits to. But perhaps it is because he’s such a flawed character that it works as well as it does.

The issue itself is a good blend of Deadpool trying to talk down a would-be jumper, in his own special way, and actually taking actions that, little by little, can help. At the same time, the issue manages to slip in some nice bits of comedy; a good bit of levity for an otherwise serious issue, and befitting the character.

There’s gratuitous violence, witty one-liners, and an unfortunate team of paramedics that have to clean up after Deadpool is finished. But what makes the issue really stand out is the heart it still manages to bring to it.

In the end, Deadpool knows that he alone can only provide so much help. But there are professionals out there who can. And when things seem at their worst, there are people who can help you get through them; you just have to ask, although asking can take some courage.

It even ends with a few words of encouragement, albeit juxtaposed with the image of Deadpool stepping in dog crap; yet focusing too much on the crap will make you miss the beautiful sunrise coming behind it.

Speaking of the imagery, Matteo Lolli’s artwork is excellent. The characters are nicely detailed, with just the right use of shading to make their physiques and even the wrinkles in their clothes stand out properly. The action sequences are well done (yes, even a comic about suicide prevention has action sequences, it is Deadpool after all), with well-framed impacts and combat.

You can really feel what the characters are going through, particularly in a noteworthy page in which Danielle (Deadpool’s new friend and would-be jumper) lets her frustration out on a set of computers. The silent panels, where you can almost see her breathing as a drop of sweat rolls down her brow, and the wide shot of the baseball bat falling out of her hands, are fantastic.

Now’s the part where things get personal, as it’s time to talk about the importance of this issue. I’ve lost a friend to suicide before, and I know several more who have considered or even attempted it. I’ve had times when I’ve spoken to friends who confided in me their urge to end it, and did my best to talk them out of it. It’s never easy, but it’s always important.

This comic is Gerry Duggan and Deadpool’s way of talking to their readers, to help them down from any metaphorical ledges they may be standing on. To show them that they understand, and that there are people who can help.

And that makes “Deadpool” #20 perhaps the most important comic I’ve read in a long time.

Final Verdict: 8.9 – Balances the humor and the heart nicely, backed up by strong, solid art. But most importantly, it could very well come at a time in someone’s life when it’s just what they needed to read.