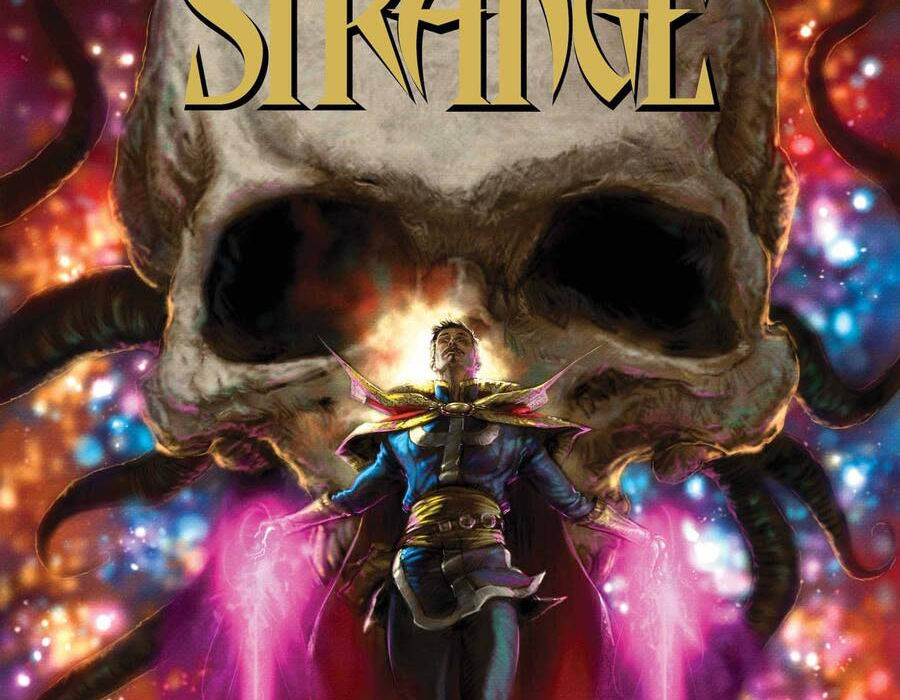 That’s not a spoiler, that’s literally in the title and the very plot of the comic. Rather, we have a new mystery: who did it, and why? Of course, since this is a comic, we can assume he’ll come back to life eventually, but how that will happen is also a question for another time. Either way, the journey is more important than the destination, so let’s see how Doctor Strange’s path to the grave plays out in issue #1 of “The Death of Doctor Strange.”

And of course, since this is a comic about death, there will be spoilers. 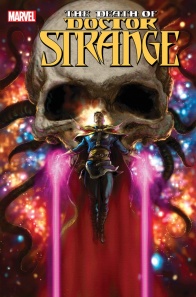 • DEATH COMES FOR THE SORCERER SUPREME!
• Doctor Stephen Strange is the world’s greatest neurosurgeon and Earth’s Sorcerer Supreme. He defends our planet from the supernatural and interdimensional threats no other hero is equipped to handle. But what would happen if he unexpectedly died? Who would protect Earth and keep the mystical evils at bay? And most importantly…who killed Stephen Strange?! The final chapter in the life of Doctor Strange starts here by Jed MacKay (Moon Knight, Black Cat) and Lee Garbett (Captain Marvel)!

For a comic about the death of Doctor Strange, issue 1 primarily focuses on a day in his life. We follow him throughout the day, from his morning walk with Bats the ghost dog to his many duties as a surgeon, sorcerer supreme, and teacher at his own magical academy. Along the way, we see his daily interactions with friends, students, and even an occasional enemy or two.

Yet all the while, these everyday scenes have a layer of ominous inevitability over them. We know from the comic title that his death is inevitable, but even beyond that, there’s plenty of foreshadowing within every page. Strange narrates about Koschei the Deathless overcoming mortality, Bats wants Doctor Strange to get his walks in so he can stay healthy (and adds “clock’s ticking, old man”), Wong reflects on the past, Doctor Strange’s lecture covers all the different magical defenses he’s in charge of (that would vanish should he happen to die, and he has many enemies who want to), and so on.

Suffice to say, it’s all leading up not only to his inevitable death, but the magical disasters that follow in its wake. In fact, it foreshadows a lot of things effectively, some more blatantly than others.

Then there’s the matter of the death itself. I am a strong believer in the idea that a superhero’s death needs to mean something – whether it’s a dramatic last stand or a heroic sacrifice. If the death doesn’t create an emotional reaction, then what’s the point?

In the case of “The Death of Doctor Strange,” it has a difficult balance to strike. It needs to maintain the mystery of his demise while still making it believable; quick and overwhelming yet without making Doctor Strange look weak.

Well, I’m happy to say that it manages that nicely. While we don’t know who the killer is, we’re given a nice last-minute narration from Doctor Strange as he thinks about the incredible power being thrown at him and the conflicting emotions of wanting to keep his friends safe and not wanting to die alone. It’s properly emotionally powerful, even if it’s not a dramatic blaze of glory.

And of course, the fallout is both emotionally effective and raises the stakes. The foreshadowing the earlier half of the issue set up plays out dramatically, while we still get good grieving reactions from multiple characters. It brings us back to the friendships and relationships we saw in the first part of the issue.

Naturally, that’s leaving out some of the more spoilery elements, but it all ties together nicely.

Okay, so narratively, it hits the right beats and paces itself out nicely. But that’s only part of what makes a good comic. How’s the artwork?

“The Death of Doctor Strange” has Lee Garbett as the artist, with Antonio Fabela providing colors, and overall they make a good team.

Lee Garbett’s artwork is on the softer side, utilizing strong and clear designs for characters, objects, and backgrounds alike for close and mid-distance panels. Details like faces get a bit more blank as they’re put into smaller panels or are placed further away, but that is perfectly fine, given the medium.

One of the best things about the artwork is how much personality it brings through in each scene. Right from the first page, we see the good doctor’s room cluttered with mystical items (as well as a few mundane). Not only does he have a giant monstrous skull and a stone gargoyle in his room, he uses them as a table and coat rack. Wands and tarot cards are lying on the floor with the same care (or lack thereof) that I’ll leave my laundry out. It adds a humanizing layer to all the magic and mysticism, as well as making Doctor Strange more relatable to those of us who aren’t both expert surgeons and masters of the mystic arts.

When we do get to the truly mystical, Lee’s artwork is at its best. We get some great illustrations showing the flow of magic energy coursing from the characters, of Doctor Strange dramatically walking forth with magic surrounding him, and battles against demonic raiding parties. The otherworldly power comes through nicely in each image, complete with appropriately dramatic effects.

Antonio Fabela’s color work goes together with Lee’s illustrations nicely, adding a bright but not overwhelming color to each page. Between Strange’s shades of blue and red and the bright light of magic energy, there’s a lot of bold colors about. Yet they all work together nicely, standing out from the more subdued (or sometimes absent) backgrounds without clashing.

So, overall, how is “The Death of Doctor Strange” #1? It’s a solid start to a new story, taking its time to draw us in and provide a great setup. Jed MacKay’s work with the story, pacing, and characters is praise-worthy, supported nicely by Lee Garbett’s artwork and Antonio Fabela’s colors.

Final Verdict: 8.1 – “The Death of Doctor Strange” kicks off a new magical mystery in the Marvel universe with great story, dialogue, and artwork.