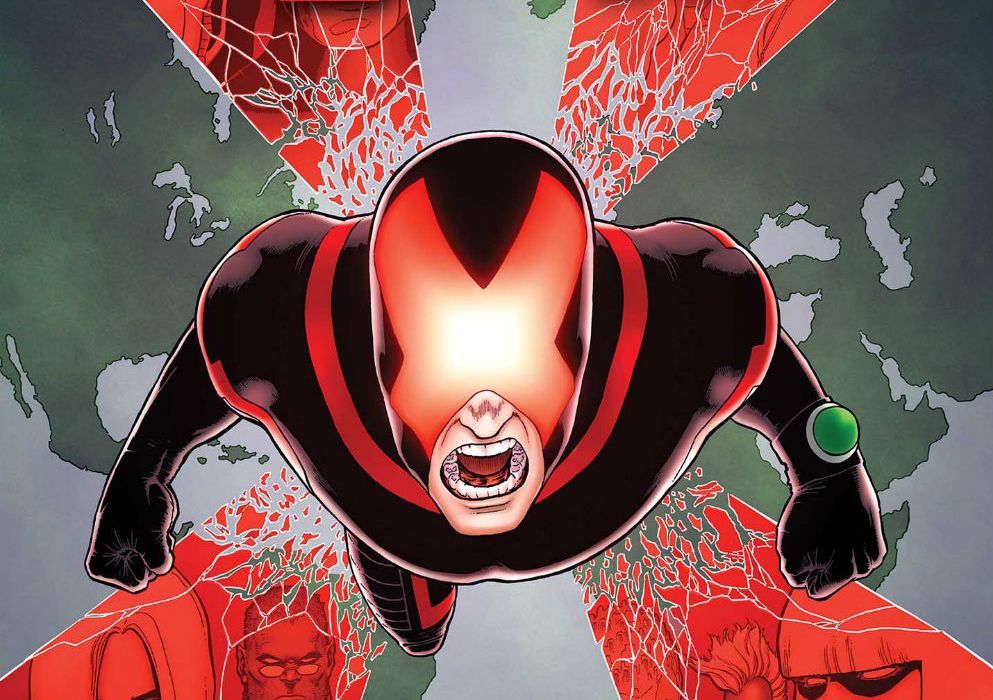 Over the past few years, Cyclops has gone through a gauntlet of events that have significantly changed him as a character. Just to name a few, we’ve had “Schism,” “Avengers vs X-Men,” gaining Phoenix powers, losing them, killing Professor Xavier, getting Phoenix powers again, getting killed by God Doom, being alive again after “Secret Wars” ended, and then suddenly being dead again.

“Death of X,” as the title suggests, is the story of how the last of those came to pass.

As such, of course, there will be spoilers. 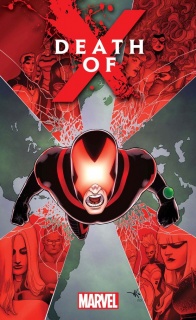 What happened eight months ago that set the Inhumans and X-Men on a collision course? Find out here! The Inhumans travel to Japan where one of the Terrigen Clouds creates a shocking new Inhuman. The X-Men travel to Muir Island where the second Terrigen Cloud causes something truly terrible. When these two events collide, a war of catastrophic proportions explodes!

I think Cyclops had reached the point where there was no way they could retcon or undo everything he’s been through and has done. So, as per the superhero comic book tradition, that which cannot be reverted to its “classic” state can be killed.

Besides, they’ve already brought in the time-displaced kid Cyclops to replace him. That’s a bag of temporal worms I’m not going to open yet.

Thus, we begin a multi-issue adventure to learn how the war between X-Men and Inhumans began, and how Cyclops lost his life.

If I sound unenthused about this, it’s perhaps because the comic came out so late in the game. Terrigen mist being poisonous to mutants isn’t new news, but since this comic takes place during the previously unseen months following “Secret Wars,” it’s being treated as a big revelation; half the issue is spent with the X-Men going “Why is everyone sick and dying? Is it the Terrigen mist? Oh no, now we might all be poisoned too!”

Meanwhile, the Inhumans are all blissfully unaware that the mists are deadly to mutants. Instead, we get a little side plot with them following another cloud as it covers Japan. There is some nice action, as Hydra attacks, and the Inhumans use their abilities in some cool combinations to fight them off. In fact, even the uniforms the Hydra agents are wearing look more impressive than the usual outfits, and their gear manages to make them an actual threat to the Inhumans they’re fighting.

That alone helps make the Inhuman side of the story more interesting to read. The stakes feel higher when one of them is injured, and the new Inhuman has some impressive powers.

More to the comic’s favor, it sets up a nice contrast between the X-Men and Inhumans at the end, showing that they’re both fighting for the sake of their species. The way it simultaneously leads up to the two sides of the story ending on the same line, presented in a very different tone and context, is a good touch, and it puts the “survival at all costs, revenge on those who would harm us” tone of Cyclops’s speech to the more hopeful “We’re all Inhuman, we’re here for each other” vibe from Crystal.

Also to the comic’s favor is the artwork. The rolling mists of Terrigen over cities and islands certainly looked impressive, and Aaron Kuder did a great job with each of the characters. The shifts in tone between the X-Men and Inhuman sides of the story are reflected perfectly in the art, be it with the pacing, coloring, or the wide shots of death (on the X-Men side) or rebirth (from the Inhumans). The M-pox that mutants exposed to Terrigen suffer from looks truly grotesque and painful, so the threat it poses to mutantkind holds even more merit.

As mentioned before, the action scenes are very well done, and the artwork does a fine job at showing each impact and capturing the chaos of the battlefield. The way characters are illuminated by their powers or the fires of conflict looks great, and the shot of the new Inhuman unleashing his powers is marvelously done.

However, my praise ends there, as we get to the core of the story: the X-Men versus Inhuman conflict, which suffers from the same issue that many comic book conflicts do: the eventual fight is a given, so there’s no effort to avoid it.

Cyclops accuses the Inhumans of “putting themselves before other species” when they released the Terrigen clouds. The thing is: no one realized it would be deadly to mutants. This is literally a new discovery that the Inhumans had no idea about, and still don’t as of the end of the issue. Even if they did, Black Bolt was the one who took it upon himself to release the clouds in the first place; Inhuman society as a whole was not exactly asked to vote on the issue.

But as far as Cyclops is concerned, the Inhumans must be held responsible, and the Terrigen cloud is an act of war. No chance of going “Hey guys, just FYI, that stuff that gives you your powers literally kills mutants, so we need to figure out a way to keep our people safe from it. Maybe in a way that doesn’t involve going into space, although that’s an option we may have to table for another time.” So I suppose it’s time to get another shoehorned hero vs hero conflict underway.

Final Verdict: 3.5 – the great artwork and Inhuman side of the story helps compensate for the shortcomings of the X-Men part, and the M-pox is fittingly horrific, but the story itself does little good.