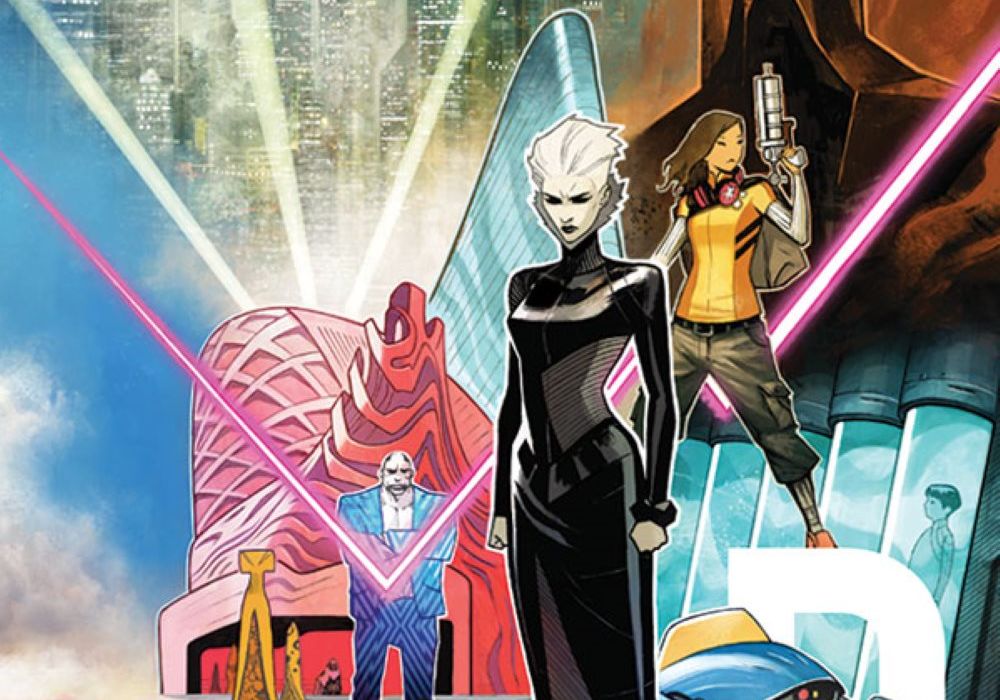 Mind your manners as a courier and an assassin meet in the debut of “Decorum.” 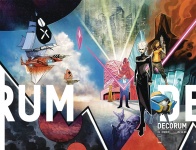 There are many assassins in the known universe. This is the story of the most well-mannered one. “Manners are a sensitive awareness of the feelings of others. If you have that awareness, you have good manners, no matter what knife you use.”

Jonathan Hickman’s love of taking a long view and a wide lens is well documented in stories such as his “Avengers” run and his still-running work on “X-Men.” Exploring an entire world and how various people interact within it serves his interests very well, and with one that spans millennia as he is producing for “Decorum,” that emphasis seems to be getting a boost in spite of being an entirely new saga. Throughout “Decorum” #1, Hickman’s style is shown in depth, from its negatives to its positives.

Unfortunately, for approximately half of “Decorum” #1, the debut uses too wide of a lens. Catering to his use of in-world documentation and records as seen in other series, the overall effect is more disorienting and forced than interesting. Certain elements of the story could presumably be fit into later installments, rather than giving what amounts to several pages in a row of “encyclopedia” style entries followed by many pages of nearly wordless conflict that are seemingly entirely removed from the second half. Instead of being enlightening, this method of storytelling feels like being sat down for a class on a subject without any reasonable way to decide whether or not the student has any connection to the topic whatsoever. Dumping the information on readers in such a massive clump may seem useful, but without any real reason to remember any of it except one or two words, without even individual names to connect with, it’s left up to the reader to find some reason to care about any of the exposition that is told directly rather than shown. If taken on its own, the first half of “Decorum” #1 feels more like a documentary about a society than a story set within that culture.

The second half of “Decorum” #1 shows a much more positive look at Hickman’s style, to the point that it feels as though the story would work far better at approximately half its length. While Hickman still utilizes charts and definitions, their placements are used in such a way that the audience can easily associate what they are seeing with what they are being told, integrated directly into the events unfolding rather than explored in a vacuum. Furthermore, some aspects, such as the makeup of a person’s meal, seem to almost poke fun at the overuse of explanations, being both entertaining and educational at the same time. Characters are shown who have actual names and personalities, granting personal stakes in a way that taking too wide of a view of governments and other organizations over millennia can easily miss. While the first half tried to demonstrate the broad nature of the society, the second half actually shows it by using two separate “chapters” split in their focus between two very different characters and how they interact. In all, “Decorum” #1’s writing seems to be a showcase of how Hickman may have a better handle on his writing from a “show” angle than a “tell” one, at least when it comes to first introducing readers to a work.

If Hickman’s writing may disappoint, Mike Huddleston’s artwork absolutely does not. His work demonstrates a quality that may not have been possible had the illustrator and the colorist been two separate people, with his taking up both roles allowing him to fully look in on the vision of “Decorum” #1 as a whole. Throughout “Decorum” #1, Huddleston utilizes a vast arrangement of different styles, at times during a single scene. From three-dimensional shading to more two-dimensional styles that seem almost akin to storyboards more than finished products, from imagery that appears almost cartoonish to that which could be called eldritch. From the fantastical to the utterly surreal, Huddleston is able to give a glimpse into the sheer depth of this galaxy. While the first half of the story has rather chaotic changes from one style to another, even from panel to panel, a cohesive choice seems to come together by the second half, reliant on well-crafted faces as well as a seemingly incongruent, though still effective, use of near-photorealistic backgrounds against more stylized characters and their items, as if the world itself is far more detailed than they care to pay attention to (much like real life and becoming accustomed to somewhere one has lived a long time).

All of this talk about the illustrations is not to detract from the colors Huddleston also utilizes to their fullest. In fact, while the illustrations are interesting, the color choices are perhaps even more intriguing still. In the first half of the story, the colors work in tandem with the artwork, whether in their presence or their absence, to emphasize the brutal nature of combat between peoples of different technological advancement. Seemingly victorious moments for those armed with spears can give way to moments of utter horror with more detailed coloring, as if showing the conquest of a civilization with color alone. Meanwhile, streaks of blue or red held up against a sepia tone show the chaos of war, especially when immediately followed by a near complete lack of any color at all. In the second half, the colors are indicative of the location of a meeting, from a red color palette in one location to a yellow one in another, giving a relatively defined concept of one location versus another through primarily coloring in the outlines of a figure and their background while performing minimal work on the people themselves. The color choices are so interesting that they may at times appear distracting, but never in a bad way.

Final Verdict: 7.5– Fantastic artwork is still held back by a story that drags for half of its length without much in the way of a discernible reason.