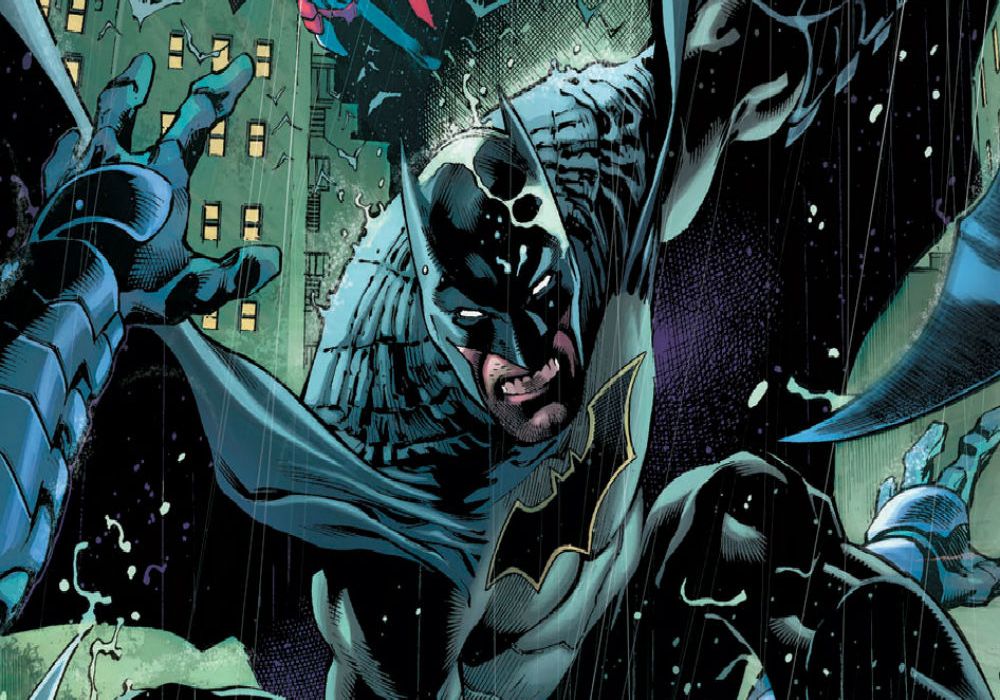 The Rebirth/Resurrection/Regurgitation/Running-Out-of-R-Words-Here of DC Comics continues in Part 2 of probably the best of the books so far. Batwoman continues to push her cadets as the Colony continues its push. Let’s see how it goes in our mildly-spoilery review. 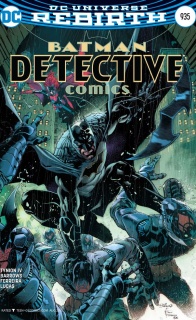 “RISE OF THE BATMEN” Chapter Two

Batman and team find themselves in the crosshairs as the villain they’ve begun hunting turns the tables on them. Batman and Batwoman have the skills to survive, but do their young teammates? Is this where hero training ends in tragedy?

THEY SAID IT: “The ideas are boiling inside my brain,” boasts artist Eddy Barrows. “James and I intend to elevate Batman to a whole new level, with amazing and exciting stories and artwork. To sum it up in one sentence—it’s going to be epic!”

“Detective Comics” a.k.a. “That Team Book of Characters That Have Held Healthy Solo Titles Even Though DC Insists They Can’t” is probably the best book in DC Rebirth I’ve read so far. Now, whether that’s a testament to the high quality of the relaunch or damning with praise is, of course, up to your own interpretation. That said, this is the book whose premise speaks the most to me: it takes some of the most beloved characters in the Bat Mythos and finally gives them a spotlight that doesn’t feel overshadowed by the Bat. Does it work?

I said before in this week’s Comics Should Be Cheap, this is a book that is going to live or die on its character interactions. Now that we got past the majority of set-up in #934, I am glad to see that those character interactions are going to take precedent over the plot progression. Watching Batwoman try to train Spoiler, Red Robin, Orphan (still a terrible codename, both in and out of context), and Clayface to work as a unit and really try to deconstruct these people is interesting. One has to keep in mind that at least Steph and Cass are relatively new to superherodom, things Batwoman acknowledges. It’s actually something I do appreciate in Tynion’s writing of Kate, he writes her as a strict drill instructor but not as an uncaring hardass. She’s someone that is capable of seeing the strengths in her charges but she is also focused on tempering their weaknesses. And we see another side of her when she visits her dad. There is still prickle between the two, but it’s clear they care. This is perhaps the most I have enjoyed Kate Kane since maybe the Rucka/Williams run.

But in the Land of Ken’s Nostalgia, my favorite scene in this issue has to go to the one between Bruce and Tim. As I’ve made it very clear over the last year, I have not been a fan of the directions that creators outside of the Bat-offices have made with Tim Drake. This moment felt not only as a metatextual acknowledgement of Tim’s absence in the Bat-verse, but — like the Clayface scene in #934 — a heartwarming and human moment from Bruce and the people around him. It reminded me of the hug Bruce gave Tim in “Red Robin” (albeit, Tim doesn’t have anywhere near the strong hair game here as Marcus To gave him then). It feels like that we are beginning to rebuild those relationships that were lost.

Another moment in the Land of Ken’s Nostalgia, albeit more lukewarm: did you all know that apparently Tim and Stephanie are dating? Yeah. That’s a thing. Now, TimSteph was one of my very first romantic ships (granted, don’t think either are straight but the queerness in the Batfamily is a discussion for another day) so one would think I’d be all giddy about it. Except this is where my Critical Kenny comes out and thinks: but they barely know each other now. They have had so little interaction between each other in this new timeline. Yeah, as one of the many nostalgia-ridden, this scene comes off great. Outside of that, this feels incredibly sudden, like something that really should have been built throughout this run.

Haven’t mentioned Cass and Basil much because they had very small moments in this issue. Nice moments, but small nonetheless.

I have always been lukewarm on Eddy Barrow’s artwork in the past. Most of that comes from my first real exposure to him was when he launched “Nightwing” with the New 52 and he just wasn’t the proper fit for Dick Grayson. I’m going to say though, Eber Ferreira’s inks and Adriano Lucas’s colors do help (in particular when the art at its high marks takes on a painted quality). And none of the women in this book are sexualized; I know it’s kind of screwed up that I have to acknowledge this, but considering how tone deaf some other — and I hate this term — house style artists can be when it comes to this, it is nice to see the women not treated as objects in the artwork.

That said: it never feels like there is a sense of motion in this book. The ultimate downside of such art is that it feels very stiff at times. One of Barrows’s problems I’ve criticized in the past is that his smiles can look a bit too smiley, like they go into that Stepford Wives territory. You get the occasional smirk that looks pretty good, but when he shows teeth it’s a bit unnerving. Also, because of that stiffness, some actions scenes feel like that don’t communicate as much impact as they really should. The final criticism is Cassandra’s mask. Look, I get the historical bit, that it’s her Batgirl mask sans ears, but it clashes with the outfit she uses now. The hood she had in “Batman & Robin Eternal” works a lot better with it.

One last little thing, not so much a nostalgia thing as it is just pure aesthetic: I am really glad that they went back to the Pre-Flashpoint logo for this comic. It is so much more sleek and fun than the New 52 one. Now we just need to change the “Batman” logo.

“Detective Comics” is probably going to be the book where I get my Batman fix for now. This is a book that stars all the characters I do honestly care more about than Bruce, plus this book so far has a Bruce that shows empathy. It’s flawed, no doubt, and while the plot is not the draw for me, seeing these characters interact and grow after such a long drought is revitalizing.