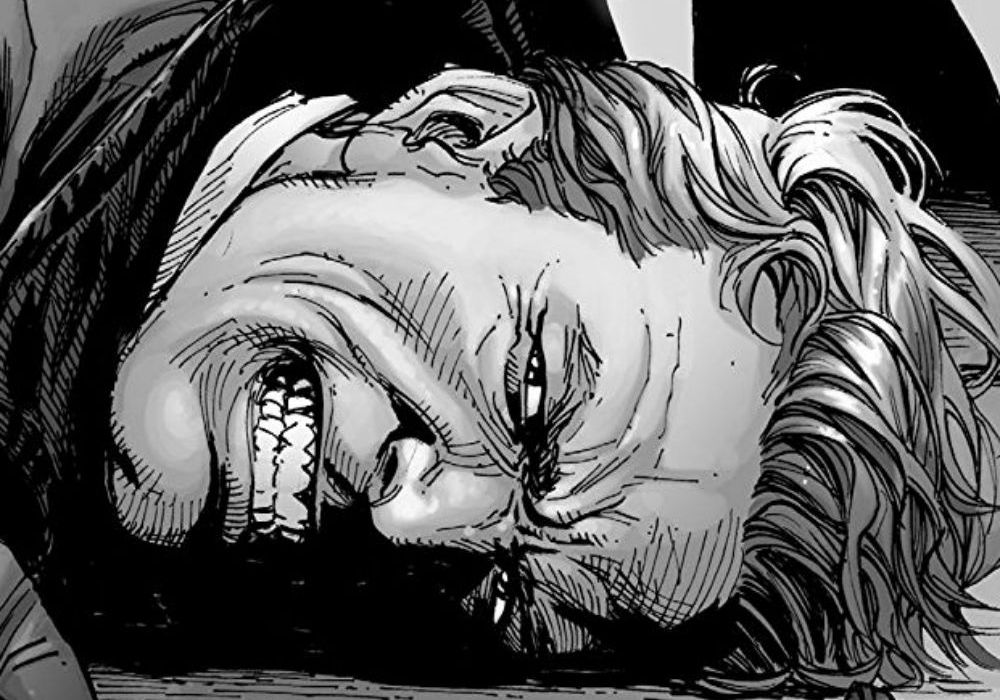 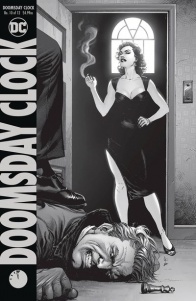 This stunning issue of the critically acclaimed hit maxiseries reveals the secrets behind Dr. Manhattan and his connection to the DC Universe.

“Doomsday Clock” has been plagued by delays. It has also been criticised for reviving characters that belong to such a seminal piece, and one that is defended by its original creator as a closed loop. With that said, it is undeniable the care, craft, and attention the creative team has invested on this story, not only in terms of honouring the ‘Watchmen’ legacy but, even more importantly, the DC legacy.

Geoff Johns sets out to tell a story that intentionally juggles a number of meta-textual elements at the same time. As a series, “Doomsday Clock” is part political criticism, part revival, and part reconstruction, as an opposite force to the deconstruction trend seen in comics since the mid-eighties. It is an ambitious goal and one that has struggled to keep its balance in past entries, when it tried to attack all of those ambitions at once. On issue #10, instead, there is a much stronger success, as Johns zooms in on the effects of publishing preferences, editorial interference, and the importance of super-heroes (in particular Superman) that is a joy to discover. Mild spoilers ahead.

“Doomsday Clock” #10 fully delivers on the promised reveal of how Doctor Manhattan has interfered with DC’s history, causing the continuity of the ‘New 52.’ It does not beat around the bush, nor does it leave it open for interpretation. In less able hands, it would have come across as a long exposition, but here it is crafted with such nuance, and with so many layers, that it begs additional readings.

What it does particularly well, though, is how it subverts the notion that one being, even one as powerful as Manhattan, can cause dramatic consequences to a timeline and not expect consequences. In an extremely meta and relevant discussion, it crosses the gap between fictional story and editorial reality, debating that, no matter how much iconic characters and notions are meddled with… they fight back. Literally, within the story, but using their influence, gravitas, and social importance beyond it. Kill Superman. Transform him into blue and red versions. Make him trendier for the sake of sales. It does not matter. The importance of the character, what he stands for, with eventually reemerge and exerts its power. It is such a love letter to the super-hero genre, such a response to those trying to deconstruct it for the sake of realism, that one cannot admire it. Even fans that disagree with these statements should appreciate how well-constructed the argument is, how beautifully weaved in-and-out of story and reality it becomes.

On a more procedural comment, Johns absolutely nails Manhattan’s voice, which is no small feat, considering that said voice comes from an unique perspective of time and reality. Like writing a good murder story demands a certain detective muscle, writing Manhattan requires a certain detachment from it all, and a certain connection to it all, that is extremely hard to achieve. On “Doomsday Clock” #10, that balance is achieved by removing part of Manhattan’s usual certainty, as this near-deity discovers his abilities falling up short on truly understanding this reality, on seeing what will happen next. It adds a fragility only seen on the final issues of the original ‘Watchmen’ and making him relatable to the audience, as itself remains in the dark on what will happen once “Doomsday Clock” ends.

Regardless of its script prowess and its valid ambitious, “Doomsday Clock” #10 would be a shadow of itself if not for Gary Frank’s art. Adjusting his style on nearly every page, from black and white noir moments, through reinterpretations of classic issues of Superman’s lore, to the dynamic action occurring on Mars, Frank is a never-ending source of skill. One particular aspect worth of note is how his facial expressions have evolved in recent years, even on this series alone. Readers can extract a lot from the members of the Justice Society of America, Manhattan himself, and even Superman, simply from the way they are reacting to one another. In an issue already dominated by explanations, it would have been too much if feelings were not so masterfully conveyed. The same can be said of Anderson’s colors, for the same situations: his adaptability across the timelines and continuities is great at showing that evolution, without looking jarring, but without missing the opportunity of making each moment distinct.

At the end of the day, “Doomsday Clock” #10 is well worth the wait. Powerful, well-written, beautifully drawn, it stands as a love letter to DC, the super-hero comics as a whole, and to the iconic, perennial importance of Superman. “It was never a reboot,” somehow ends up being true, as all stories, all moments, remain part of this broader narrative, which started so many decades ago and with thousands of issues in between.

Final Verdict: 9.2 – “Doomsday Clock” #10 does not shy away from its importance and from the topics it wants to discuss, rising admirably to the occasion.