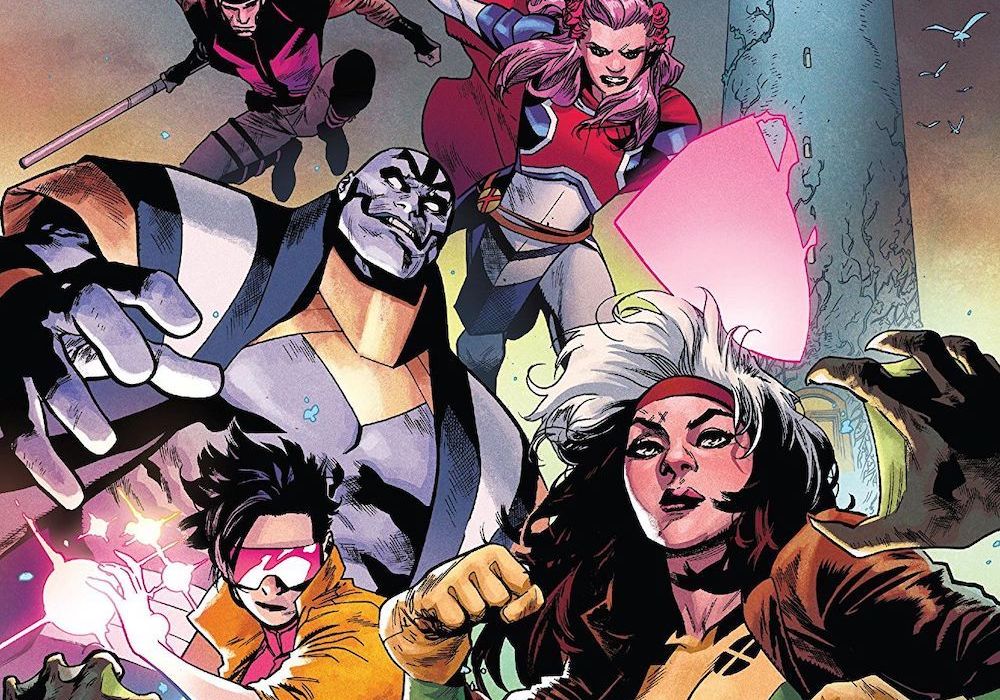 Druids and mutants and pirates, oh my! Betsy Braddock has her work cut out for her for her first steps as the latest person to take up the mantle of Captain Britain! 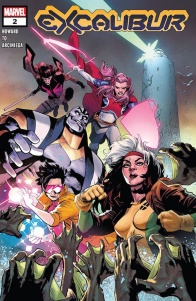 Betsy Braddock is Captain Britain, but a citizen of Krakoa. With Rogue’s condition a mystery, the team heads to the one place that has always been the seat of Excalibur’s power – the Lighthouse.

After a fast-paced introduction to this version of Excalibur, the time has come for the latest incarnation of the magical organization to come into its own. With a wide swathe of members and very little experience with actual magic for many of them, how can Tini Howard navigate the way forward for Krakoa’s own version of the classic team in “Excalibur” #2?

The answer so far seems to be, rather than diving headfirst into the mysticism as seemed to be the case an issue before, guiding readers into it at a more even pace. While there is magic involved in this story, a lot of the plot is focused in on the mutants and their interactions with one another, as well as with the new nation formed of our island mutant Krakoa itself. What magic there is to the tale appears only in some minimal amounts, from a battle with a coven of sorcerers to one with a group of mythical creatures, along with a calmer experience alongside the nature-focused magic of the druids and a few other concepts such as the Excalibur home base: the Lighthouse. The amounts of Arthurian mythology are enough to tease readers, but not to be overbearing or reach too far out of the ‘Dawn of X’ line of comics themselves.

From its “Excalibur” #2, Tini Howard shows this team’s story to be, in large part, about family and other intimate personal connections, rather than anything of a massive scope (Morgan le Fay’s actions regarding mutantkind notwithstanding, given they do not directly factor into most of this portion). Familial and otherwise close relationships are seen through a multitude of different variations: the married couple Gambit and Rogue; the mother and adopted child Jubilee and Shogo; and the sibling connection between the two Captains Britain, Betsy and Brian Braddock. Even Apocalypse (sorry, but his newly assumed name doesn’t mesh with non-Krakoan keyboards) is defined by his relationship to mutantkind as a whole, through his amoral, evolution-based code of action and his connections to Clan Akkaba. Outside of the families and other personal attachments, the addition of the new Marauders led by Captain Kate Pryde help to demonstrate the entire group’s position amongst others in Krakoan society as a whole, in particular the factions that act outside of their isolationist society. These relationships, rather than the external factors such as the mystic arts or Arthurian myth, seem to be at the heart of this new Excalibur, and provide much-needed levity as well as stakes to a conflict that in large part has nothing to do with many of the new members.

Marcus To provides highly animated artwork for “Excalibur” #2, helping to liven up even the calm before the storm where necessary. His use of thick lines ground the tale in a more compassionate and relatable focus, allowing the story, even in the depths of darkness, to have a general sense of fun that is often seen in Howard’s scripts in one way or another. While those lines may be thick, the facial features on display are portrayed in a softer and more soothing manner, keeping the entire story from being too cartoonish while helping to calm even the rawest of nerves. In moments like interactions with Shogo Lee this sense of high animation and relatability adds something of a sense of whimsy to it all, while other cases such as the interactions with Captain Kate make such a relaxed feeling intentionally awkward and off-putting.

On the opposite end from the whimsical nature is another concept brought forth by the thicker lines: deeper shadows. Figures such as Apocalypse and the harrowing nature of a nighttime battle are made all the more foreboding through this kind of artistry, leaving a rising dread even under the kindness and calm that may be present in varying degrees throughout the comparative breather of a plot present in “Excalibur” #2.

To’s artwork would remain incomplete without the colors utilized by Erick Arciniega, whose use of light and shadow balances the mystical against the mundane, the sinister against the hope-renewing, as is entirely appropriate for a story about a quest to find the Lighthouse.

Front and center is one particular color for the story as a whole, which may be a recurring motif: purple. Though deliberate attention is only given to it with regards to Betsy Braddock’s hair, similar hues of the color are shown throughout “Excalibur” #2 to denote various energy sources, primarily with some basis in mutantkind (and not as much in other superpower users). The newest Captain Britain’s psychic energy powers glow in that color, as do Gambit’s signature cards, and an astral projection from Apocalypse carries the same coloration as well. The comatose Rogue has a violet aura of sorts that eventually bathes the entire area around her in that light. Given the connection to the Matter of Britain, this coloration may have regal connotations, further aligning the group with Avalon and British royalty in the minds of some readers without needing creatures of Otherworld to be deliberately present at all times. However, the overwhelming use of this one color may be a bit distracting for some of the audience, as it takes attention away from other beautifully lain colors such as reds, yellows, blues, greens, and browns.

Final Verdict: 7.0– “Excalibur” is fun, but this introductory arc has yet to unsheathe something to make it flesh out into the truly great as compared to other ‘Dawn of X’ titles.