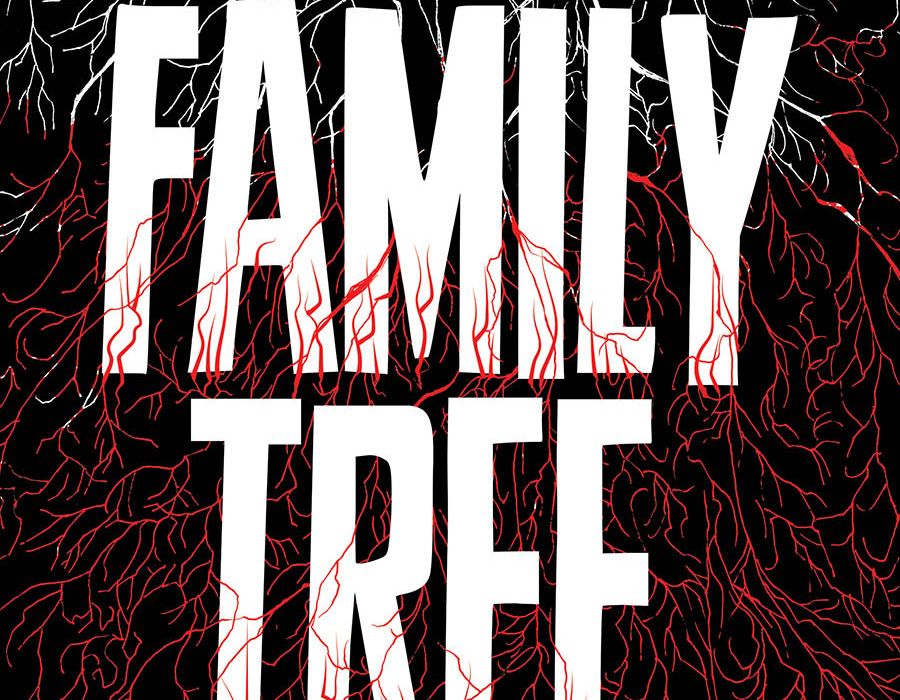 “Family Tree” #1 shows Jeff Lemire at the top of his game, unleashing a harrowing tale that in many ways feels familiar and highly relatable, yet proves to be unpredictable and wildly imaginative. 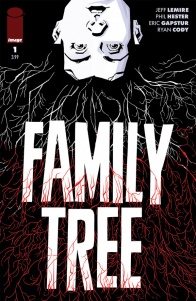 When an eight-year-old girl literally begins to transform into a tree, her single mom, troubled brother, and possibly insane grandfather embark on a bizarre and heart-wrenching odyssey across the back roads of America in a desperate search for a way to cure her horrifying transformation before it’s too late. But the farther they get from home, the more forces threaten to tear the family apart as fanatical cults, mercenaries, and tabloid Paparazzi close in, determined to destroy the girl—or use her for their own ends. A new genre-defying series written by New York Times bestselling author JEFF LEMIRE (GIDEON FALLS, ASCENDER) and illustrated by acclaimed artist PHIL HESTER (Shipwreck, Green Arrow), FAMILY TREE combines mystery, action, and horror into an epic story about the lengths a mother will go to in order to keep her children safe.

With the fifth – and final – installment of “Black Hammer/Justice League” and “Family Tree” #1 both hitting the shelves on Wednesday, it felt like Jeff Lemire Week here at Multiversity Comics. A couple of days ago, my colleague Michael Govan warned us: Don’t Miss “Black Hammer/Justice League” #5. Indeed, it’s a very fine book that definitely sticks the landing, as Govan suggests, wrapping up the series nicely, even as it leaves a certain amount of wiggle room for further exploration. At the risk of publicly instigating an intra-office kerfuffle, however, I’m here to tell you: if you only buy one Jeff Lemire book this week, make it the debut issue of his ongoing creator-owned series, “Family Tree.”

Like a fair amount of Lemire’s other work, the narrative centers on a tightly knit rural family struggling to make ends meet. The twist, as noted above in the solicit copy and pretty much everywhere else that people write about comics, is that sweet little 8 year old Meg appears to be turning into an actual tree. We don’t yet know how or why, but it’s clearly not a peaceful, Zen-like transition. It’s itchy and terrifying and seemingly about to usher in the apocalypse. Thankfully, with an outstanding script that manages to weave great characterization into its high concept, action-filled plot, Lemire thrills and inspires while also making us care about his ensemble cast.

In the opening scene, we see Loretta Hayes, a haggard single mom who could definitely use a day off from working her crappy job as a lowly cashier at Foodland. Visually, it all seems a little off-kilter, with shelves of pre-packaged vegetables, a creepy customer in a bright green jacket, and a rack of late 90s tabloids that that bombard us with headlines about Bill Clinton’s White House affair, Vince Foster, and an ambiguous Nude Shocker!

It’s the first few lines of dialogue, though, that unequivocally set the tone, framing the book as an epic “End of Days” revelation. Punctuated by the disembodied -eep of the grocery scanner, the unnamed narrator muses about precisely when the end of the world began. Weirdly, this simultaneously forward- and backward-looking perspective both offers a ray of hope – someone is alive to actually tell the tale – while also infusing the story with an inescapable sense of dread. Things will get much worse, long before they get better.

Stylistically, no one would ever confuse Lemire’s own illustrations with Phil Hester’s pencils and Eric Gapstur’s inks, and yet this book’s aesthetic feels incredibly organic and completely in sync with the script, almost as if it leapt onto the page from the mind of a single creator. Earlier this year, Hester said of Lemire’s cartooning, “He always gives scenes room to breathe. His sense of pacing is almost supernaturally apt….” I certainly can’t argue with that, but here Hester’s paneling and brilliant use of negative space gives Lemire’s work an added dimension not often present in his solo work.

With super heavy blacks and copious amounts of white space, there’s a stark, but edgy clarity that continually heightens the tension and raises the stakes. The pacing is still on point, but in a very different way. Whereas Lemire’s art guides your eye and leads you across the page, Hester and Gapstur direct you with nearly clinical precision, leaving little room for ambiguity, much less any confusion.

With sharp, angular lines, minimal detail and scrupulous framing, their expressionistic style grabs you by the eye as soon as you turn the page, giving you an intuitive sense of the literal “big picture” before you read a single word. Visually, there’s a palpable sense of urgency and a distinct feeling of inevitability that suggests, this story is moving forward, whether you come along or not.

Once you catch your breath, however, you’re going to want to dig deeper to appreciate Hester and Gapstur’s many subtle flourishes, like the use of shapes that echo and the artful interplay between positive and negative spaces. Similarly, Ryan Cody’s restrained but well defined color palette clearly doesn’t scream for attention, but that’s why it works so well. In some ways, the intense contrast between so much black and white makes the book feel monochromatic, but that only helps underscore and put focus on certain key elements when the time is right – such as the incredible two-page spread right before the cliffhanger. At first, it might read like a splash page. Once you look closer, however, you see that it actually details the final climactic sequence, with panels that slowly emerge as though coming into focus after a brief fade to black. Once you’ve digested it all, turn the page and you’re met with a stunning final image. Unexpected. Dramatic. Compelling. Damn. When does the next issue drop…?

Ultimately, the script and story both feel like vintage Jeff Lemire, but the execution and visual grammar tend to point in some new and intriguing directions – an exciting evolution for a world class cartoonist who’s already at the top of his game. 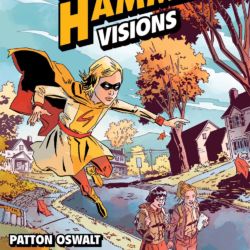 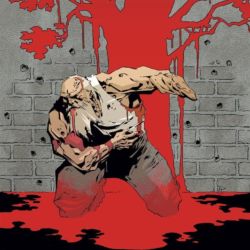 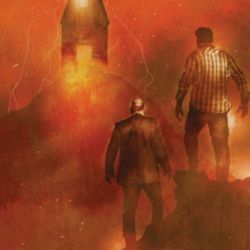