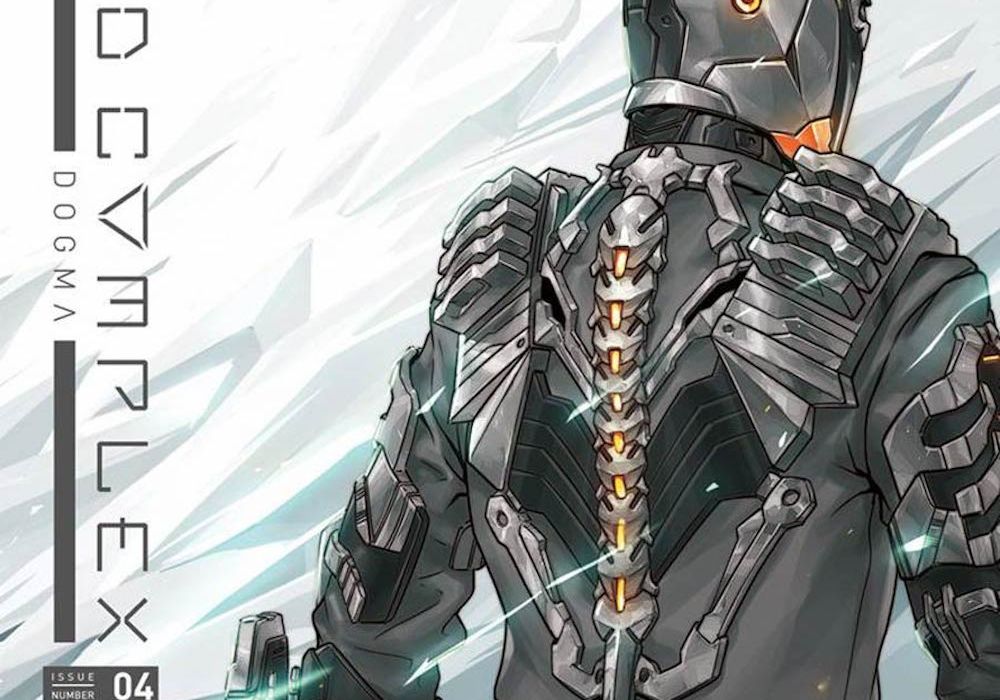 The plot thickens as well thought out character work mixes with a deeper insight to the makeup of the Rulers of Delphi. 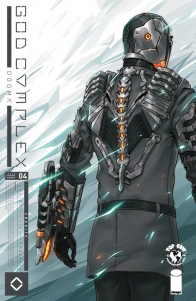 It’s the moment of truth. After his confrontation with the revolutionaries, Seneca is getting rebuilt by the Rulers in a desperate measure to find the missing God, Trinity. He is now more powerful and closer to Trinity than ever, but it also costs him more than he’s willing to pay.

First, let’s get the obligatory joke out of the way: Seneca never asked for this.

However, with the fact he didn’t necessarily want what happens to him, Paul Jenkins provides the readers with further insight into the Rulers. Why are they considered gods? Why are they so much better than humanity? What can they actually do that humans cannot? To what extent are the members of the Resistance right to distrust their Rulers and their apparent divinity in the first place? How important is Seneca to the Rulers? By taking the perspective of Hephaestus, one of the Rulers, Jenkins is able to increase their sympathetic qualities after tearing them down somewhat in the previous issue.

That isn’t to say he treats them altogether nicely, either. Jenkins shows that for all of their attempts to help Seneca, the Rulers, specifically Hephaestus, Hermes, and Apollo, do not truly understand what the mortal man is going through psychologically. While Hephaestus does his best to help, he neglects the concept of Seneca’s loneliness, need to psychologically adapt to his rather drastic changes, and the Rulers’ denial of Seneca’s agency, even if it was to save his life. Apollo is the reason why the procedure in the issue is undergone at all, but even he seems to see the investigator as a means to an end in solving the problems involving Trinity, rather than true altruism. The Fates seem more in line with helping, and they are even more emotionally distant than Hephaestus or Apollo, making listening to them even more of an example of a disconnect from one society to another. Athena is the most standoffish of all, not even saying much of anything during the issue, and just watching it all happen in a manner that seems to implicitly reference her connection to a Greco-Roman goddess of wisdom. Between all of these flawed beings, it is highly likely that Seneca will have serious trust issues with each of them, perhaps excluding his initial patron, Hermes. Still, the revelations at the conclusion may prevent any betrayals from happening, at least for some time.

As if to contrast from the divinities, Jenkins portrays the mundane human doctors as panicked in the face of the nigh impossible, trying their best to help but being constrained by only one plane of existence and virtually divorced from the Stream itself. Other than making them appear to be powerless in the face of Seneca’s condition, this impression gives increased empathy for the protagonist and distances the humans from their Rulers.

While the storyline is intriguing on its own, Hendry Prasetya’s artwork puts it into an entirely different league. From the very start, he distinguishes the realms of divinity and mortality very well. The Stream is, as ever, showcased with what can be construed as hollow linework, the glowing architecture of the realm demonstrating how inhuman it truly is. By portraying Seneca as tiny and relatively hollow in comparison to Hephaestus, Prasetya emphasizes the distinction between mortal “spirits” and a divine presence. The mythological elements represented in the Stream are particularly interesting, ranging from Hephaestus’s massive forge to the Fates’ loom and its threads of life, giving hints to concepts of Greco-Roman stories without being too overbearing. For the physical world, Prasetya uses more filled-in forms, rather than the hollow outlines of the Stream, giving it a more comprehensible appearance while simultaneously making it seem relatively weaker. As if to follow this up, the digital technologies used by the doctors have a grainier image.

Prasetya also utilizes juxtaposition and framing very well. The establishing shot of Seneca’s healing tank helps to re-orient the readers to the outside world, while the later image of Seneca alone in a white background helps to show how devoid of empathy Hephaestus can be despite his attempts to help. On the other hand, the shocked body language of Hermes, though not explicitly drawn attention toward, helps Prasetya to cast that Ruler in a more positive light without needing a single word.

Sunny Gho’s coloring is exceptional as well, with his use of different color palettes for different types of areas. Divine technology has an unearthly golden orange lighting, identifiable both through the glowing lines in the Stream and by the lines of power running along their cybernetic enhancements. The Stream itself is very distinct, with a black background only broken up by the aforementioned golden orange, making it appear to be a kind of cyberspace afterlife. On the other hand, Gho colors mortal technology with a green tint, from the aforementioned grainy digital screens to the outfits worn by doctors, without any real glow to any of it. Together, these elements emphasize the sheer disparity in technology between the Rulers and their subjects, furthering the idea of them being either divine or some other kind of higher technology species, unless simply a society from somewhere else in that cyberpunk noir world.

By showing more about the world of “God Complex,” Jenkins, Prasetya, and Gho craft a fantastic issue that leaves readers wanting more.

Final Verdict: 8.5– A wealth of new information on the cybernetic Rulers coupled with brilliant artistry makes “God Complex” #4 step above the relative mundane of the previous issue.