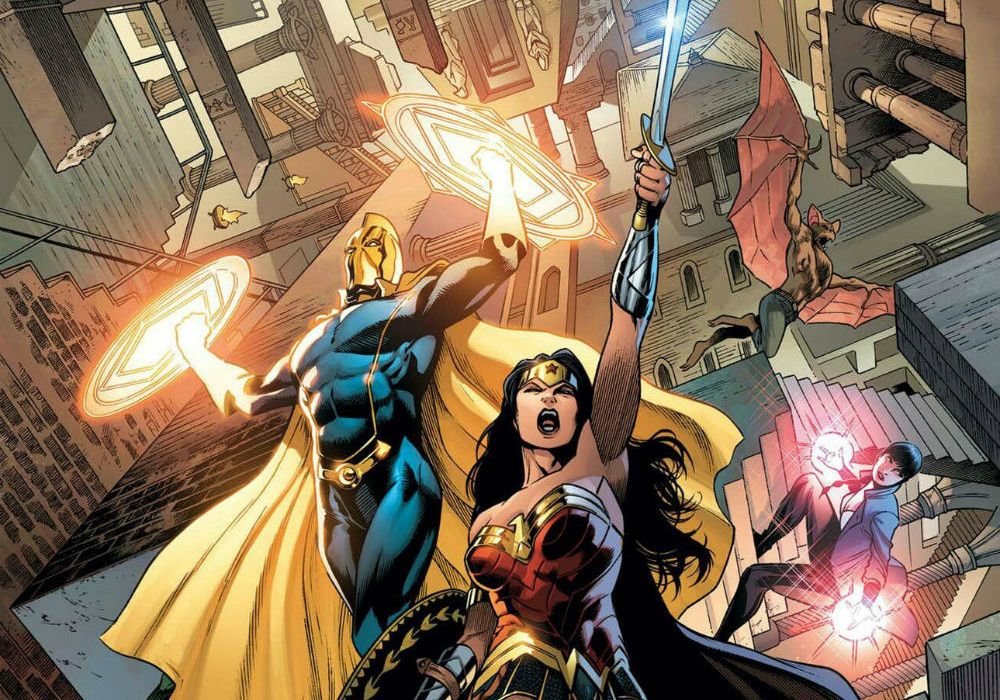 Readers of the recently concluded “Detective Comics” run by James Tynion IV should not be surprised that “Justice League Dark” continues to showcase the writer’s ability to juggle a large cast, manage iconic heroes and expand on their relationships, usually in surprising ways. The second issue delivers a lot of that and quickly establishes new antagonists, challenges and mysteries. 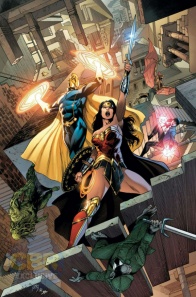 Plagued by a rash of otherworldly resurrections, the new JLD team begins scouring the shadowy corners of the DCU looking for leads. Turns out, this latest mystery ties back to the Tree of Wonder, last seen laying down roots in JUSTICE LEAGUE: NO JUSTICE-and it bears poisoned fruit to boot. The Tree serves as a doorway from the Realm of Magic to our world, and the Upside Down Man is just the first of many all-powerful mystic entities looking for a new haunt. It’s gonna take a major twist of fate for our heroes to get out of this one…

For a series like “Justice League Dark” to work, it has to reconcile two aspects that are often diametrically opposed in the world of comics: superheroes and supernatural terror. While many books with that premise have been published throughout the years, very few actually strike a balance between those two elements. The best thing that Tynion, Bueno, and the entire creative team do is to mix the flashy, larger-than-life visuals and themes that emerge whenever characters like Wonder Woman are present, with the dark and gritty linings that Swamp Thing and Zatanna usually add.

That is very clearly observed on how little constraint Bueno has in depicting the rotten, deformed goons and creatures that fill these pages. Early on the issue, where the script calls to show a young Diana and her first contact with the world of magic, the display of a ritualistic session is seriously disturbing. That energy carries throughout the entire “Justice League Dark” #2, from how certain enemies are destroyed to a last page reveal that is a grand example of something so ugly that one cannot stop looking at it.

Bueno is also very comfortable on revealing broader shots to show the exotic locations the team ventures to. The tree of wonder and the tower of fate are just two examples where scale, depth and angle shots are aptly put to use to enhance the feeling of the magical and eerie. These locations feel absolutely incredible (in the truest sense of the word), almost impossible in their existence.

Character designs are a bit of a mixed bag, with the more human characters sharing too many similar traits, with the creature-like beings stealing the spotlight. Removing hair lines and costumes, Wonder Woman and Zatanna are portrayed almost as twins; Constantine and any other male supporting character also seem cut from the same mold. Looking at Swamp Thing, Detective Chimp and Man-Bat is a completely different experience: the artist clearly cuts loose from any restrain, to great effect. On the former, much was debated about how similar Swamp Thing is being drawn to Alan Moore; it is undeniable that he is, however, that older, wiser display works at the service of the narrative.

“Justice League Dark” #2 is at its strongest in the aspects related to Tynion’s script and plot. First of all, the forces at play, the challenges and mysteries are revealed in just the right dose, not showing its hand fully, but also avoiding showing too little and losing the audience’s engagement. Similar to its first issue, readers will gradually peel the layers of what is truly going on, as new sub-plots are added to mix to keep the guessing game active. Character interaction is another high-note: having Wonder Woman as the “odd one out”, as the one rejected from the magical community is a very good idea, using one of the main protagonists as the reader’s point of view, rather than a more disposable supporting character. Also, in a vein not different than Clayface on his “Detective Comics” run, Tynion makes Man-bat his own lead in this. Every page that he is, either in human or monster form, he steals the show.

At the end of the day, “Justice League Dark” #2 propels the plot forward, focused on layered characters and a wide range of settings, mysteries and reveals. This series has started out strong and is not showing signs of slowing down, painting a new picture in some of DC’s weirdest universal corners.

Final Verdict : 7.4 – With an eclectic cast of characters locked in a mystery clearly larger than them, “Justice League Dark” #2 is an example of how team books should be structured. While the art takes a few hits when slowing down to the more human members of the book, it truly shines on the supernatural scenarios and otherworldly creatures filling these pages.