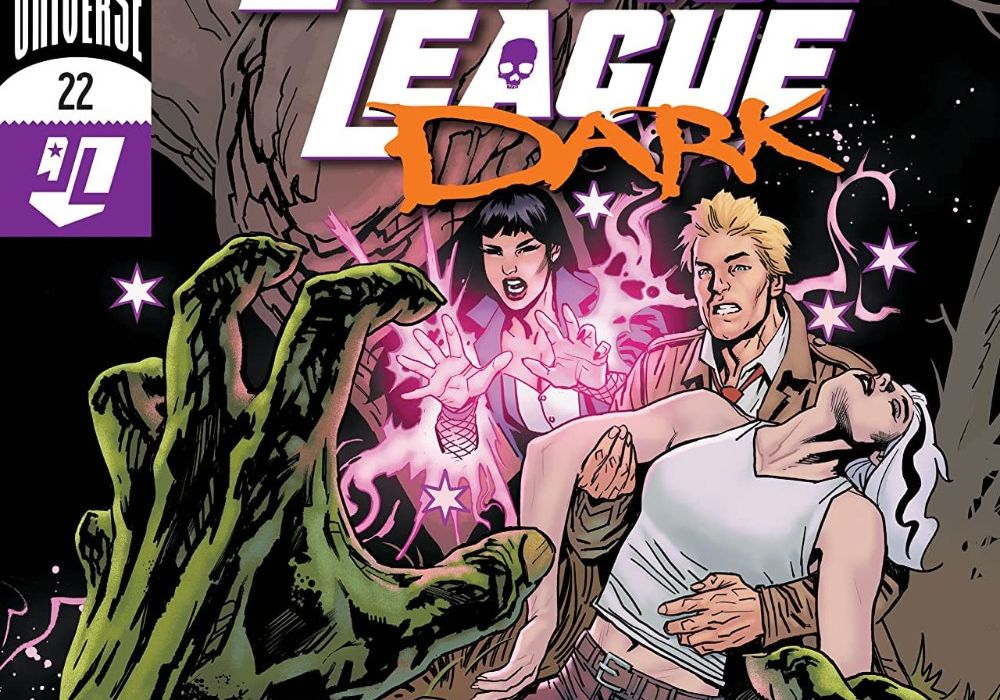 As the ‘Parliaments of Life’ arc reaches its halfway mark, readers get to experience the last moves on the chessboard by most key players. The combination of a tight script with inspired visual choices make it a great read. 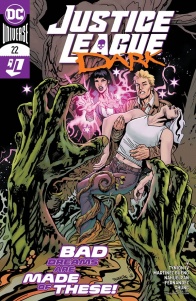 What dreams may come-we should be so lucky! Instead, the nightmares are here! Zatanna and John Constantine take a dive into the mind of Abigail Arcane to save her from the all-consuming Rot, while Animal Man must reach deep within himself to save Detective Chimp and Wonder Woman from the hordes of infected rot monsters. Minds, worlds, and lives hang in the (im)balance!

Every so often, a comic issue, either by happenstance or design, finds its publication date aligning with some of the real world events shaping reality. And when that happens after delays caused by COVID, it is impossible not to notice the synchronicity of it all.

The case in point with “Justice League Dark” #22 sees a group of DC magically-oriented heroes battling to bring balance to the world. Balance among powers that refuse to work together. Balance to entities that could be a force for good, but refuse to join the fray. Balance for the very forces of nature that link animal and plan life, with their inexorable death. All in the middle of a disease-like outbreak that is affecting the world population. Sounds familiar?

And yet, despite the connections that can be made to the ever-so-present challenges the real world is going through, “Justice League Dark” is anything if not political. This is truly a super-hero story, with nothing in terms of a direct analogy to the political arena. It just happens to exist in a point in mind where its story is enhanced by the world that frames it.

Visually, Bueno and Nahuelpan once again come up with some truly creative and ghastly designs for the monsters and magical creatures that inhabit the DC universe. One species in particular, that of The Divided (or the Parliament of the Unseen Life) is particularly effective. Those minute, hidden organisms that exist inside all of us and around us are made frightening when shown in a large scale; the fact that we know they truly surround us just adds to their eeriness. A similar effect is seen on the infected heroes and people of Earth, with small fungi spores on their faces and bodies: whenever something harmless is shown in an aggressive light, it usually works on the disturbance scale, and it surely does here.

Colours by Chung manage to walk the thin line that magical or horror stories on mainstream publishers often struggle with. Some pages are coloured in a more traditional fashion, with brightly coloured uniformes being more pervasive, while other pages, those in the underworld (or inner worlds) certainly have a more brooding tonality, oppressive even, to reinforce the notion of danger and fear the story calls for.

Ram V’s and Tynion’s script lands more hits than misses. While the entire notion of the Parliaments might be seen as being run too thin, there is a certain acknowledgment that this is a comic book after all, and certain creative liberties apply. Similarly to Geoff Johns and the multicoloured lanterns corps, Ram V and Tynion expand on the notion that each life form on Earth is governed and influenced by a parliament. The original concept is comic book royalty with Moore on “Swamp Thing”, further expanded by Snyder on “Animal Man”, and even pushed beyond now with the Unseen and other realms. It does push boundaries, and it might look forced at times, but it just works on this story and the confines it is presented.

As any individual story on a longer arc, the “middle child” can often struggle to stand on its own, either recapping too much of what came before, or leaving too much for final chapters in sense of closure. Despite this challenge, “Justice League Dark” #22 does remarkably well as a stand-alone, with just enough exposition, and just enough further momentum to keep things fresh. The characters, transition from Tynion to Ram V remain true to their roots, and their interaction remain a highlight of this series.

All in all, “Justice League Dark” #22 is foreboding, haunting, and beautifully drawn, while presenting a story and cast of characters that work really well together. The coincidences of this tale with the current global scenario might make it even more disturbing, but this is more a random coincidence than a forced analogy by the creative team.

Final Verdict: 7.8 – “Justice League Dark” #22 escapes the tropes of the middle story of a longer arc, by focusing on its key concepts and rich characters. The combination of art styles and moments make it a rich tapestry for magic within a superhero fantasy.