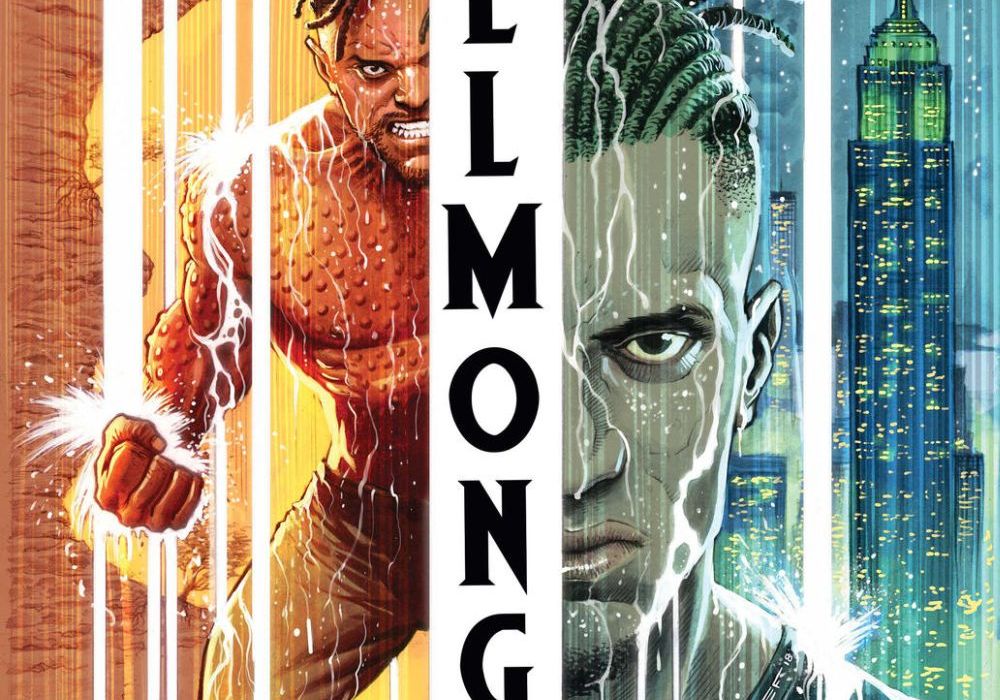 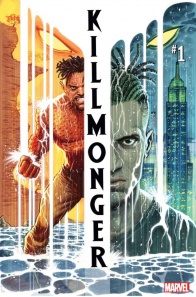 One day, Erik Killmonger will rise up and attempt to steal the throne of Wakanda. The throne he believes he is owed. But long before he became “Killmonger,” there was a boy known as N’Jadaka. A boy who was stolen from his home and taught only the world’s cruelties. A boy who knew the Black Panther only as a fairy tale, a whisper from strangers. This is the story of a man who is driven by revenge. This is the legend of Killmonger. PARENTAL ADVISORY

As writer Bryan Hill notes in the backmatter of this debut issue, fans already know how Killmonger’s story ends. As the author further maintains, however, though the final destination is preordained, his journey remains unknown.

It’s a tricky situation. On one hand, the creators need to give fans what they want and expect, but on the other hand it needs to be fresh, exciting and unexpected. Two powerful factors are key: Killmonger is a villain and his story is tragic. That last point, in particular, is vital. Not every villain’s story is tragic (some are just irredeemable a-holes) and not every tragic figure is a villain (some remain “good people” even in the face of a horrible, inescapable fate).

In short, for Killmonger’s story to work, he must remain sympathetic, yet deeply and tragically flawed. His story must be shaped and driven by the unyielding forces of destiny, but at the same time, we must see and understand the choices he makes to unwittingly seal his fate. Certainly, there are things well beyond his control, but Killmonger is also complicit in his own ruination.

Hill and Ferreyra both establish this overarching dynamic and give the fans what they came for in the brilliant opening sequence of this 5-issue miniseries. In a nine panel page of close-ups that flashes forward in time to begin where everything ends, Ferreyra viscerally depicts the bloody battle between Killmonger and T’Challa for Wakanda’s crown.

Turn the page and we see a gorgeous, frame-worthy version of one of the most iconic images in recent Marvel history, evoking the story’s inevitable climax while simultaneously alluding to Killmonger’s long, painful journey to that pivotal moment. As the unseen narrator notes, “The past is the present. The ancient is now…. Treasure the blood of your ancestors. Remember their sacrifice.” Needless to say, these powerful words have shaped Killmonger’s fate and guided his personal mission from the very beginning.

After this intense, cinematic sequence, the narrative begins in earnest with Erik at a crossroads. Having just completed his studies at MIT, his guidance counselor notes, “You’re the graduate everyone wants.” Whether military, private or humanitarian, organizations are lined up and ready to pay Killmonger to think for them – and you’d better believe that he knows it. Unapologetically cocky and brash, he absolutely knows he’s the smartest guy in the room, even if he has to say so himself. He appreciates the offers, but he’s going to forge his own path.

On the surface, perhaps, this kind of backstory may seem pretty unremarkable. In truth, in many ways, this is exactly where Hill excels. He covers a ton of ground and fills in a lot of blanks quickly and efficiently with brief, illustrative flashbacks, compact present tense scenes and dialogue that cuts to the bone. In flashback, for example, young N’Jadaka hears, “Every outsider is your enemy. When your anger tells you that, you listen, boy.” Years later, after a sexual encounter that is seemingly motivated more by power and control than anything else, Killmonger simply says, “Colonizer” and leaves it at that.

Visually, Ferreyra’s work is equally efficient and character driven. With expert paneling, including several key panels that seamlessly straddle the gutter, Ferreyra mixes tight close-ups with well-timed medium shots to let the characters’ facial expressions and body language tell the story, providing a layer of subtext that escalates the tension. His color palettes and style are also nicely balanced, contrasting dark, gritty urban setting of Harlem with the sun-drenched, high tech elegance of MIT and the cool, royal purple splendor of Wakanda.

Ultimately, as readers and fans, how we react and respond to Killmonger’s story hinges on the difference between sympathy and empathy. We can be sympathetic to Erik Killmonger’s plight and still think his response is unjustified, but if we’re empathetic, we can’t simply write him off. In other words, if the comic creators can put us in Killmonger’s shoes and truly make us feel his pain, we understand what drives him and must wrestle with his choices on a much deeper, more human level. Granted, we’re only one issue into the series, but so far Hill and Ferreyra have added even more depth and nuance to an already compelling character. The core story may be one of revenge, but it runs far deeper than that, and it’s only getting started.

Final Verdict: 8.6 With a tightly written script that deftly balances action and backstory – not to mention gorgeous art – “Killmonger” #1 is a debut worthy of this breakout character.