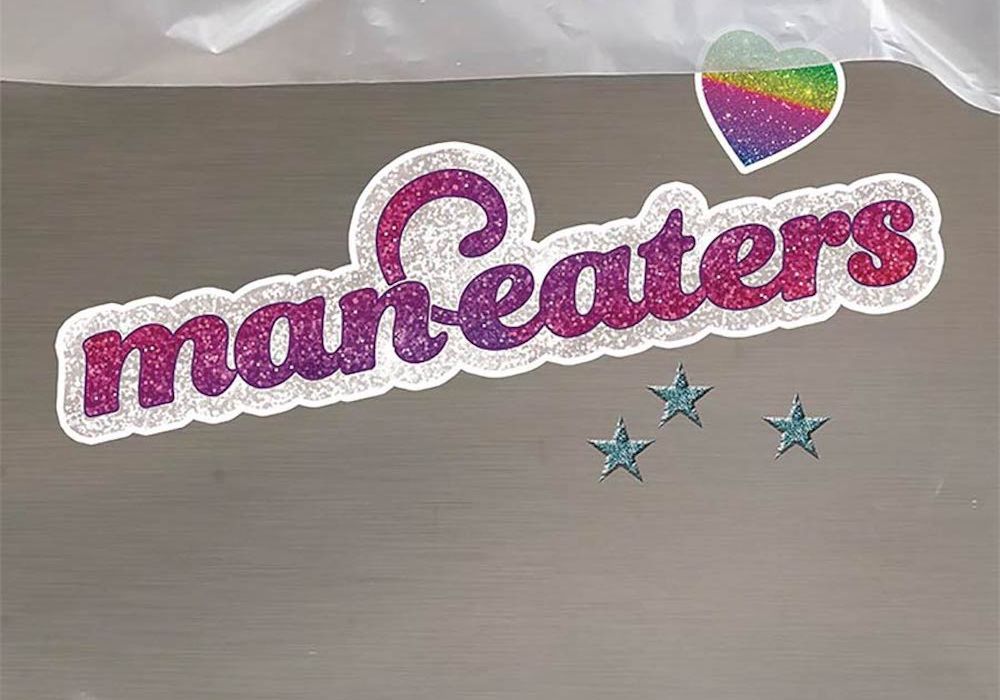 “Man-Eaters” #3 tries to tell an interesting story with some comedy, but is not without significant flaws. 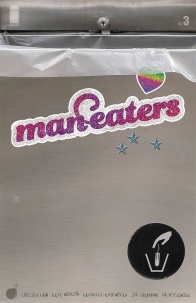 “A VISIT FROM AUNT FLO,” Day Three Maude suspects that the cat lady downstairs may be part of a cult. The toilet is clogged by a strange blockage in the septic system. And a recent spat of deadly mauling attacks takes its toll on the community. Plus: bonus backmatter featuring art and words by smart, angry teens!

Chelsea Cain’s writing on “Man-Eaters” #3 can be rather funny. In particular, a scene involving odd naming schemes and the resultant names for dogs can elicit more than a few chuckles. The antics of the S.C.A.T. team searching for a missing cat person, while not the focus of Cain’s writing in and of itself, can alleviate some of the stress caused by the existential terror involving the possibility of loved ones, or even the readers themselves, either transforming into another species or having someone close do the same and hurt people in the process.

Unfortunately, most of the writing does not capitalize on this terror, despite being a horror comic series. Cain instead shreds the already paper-thin metaphor for female puberty and the injustice of segregation with almost every line on Maude’s end of the plot, both in the present day and the flashbacks to six months prior. From talk about how blood gets everywhere to mentions of how perfectly normal behaviors for young women undergoing menstruation are treated as them turning into actual, literal feral animals that need to be essentially caged by the government, subtlety is not the strong suit of “Man-Eaters.” Furthermore, the existence of things like “girls” water and “boys” water is reminiscent of institutionalized segregation that predated the Civil Rights Movement in the United States for African Americans. This kind of treatment is further emphasized in the flashback portions, with how the sex education textbooks seem to draw extra emphasis on the detrimental effects of estrogen for girls in contrast to the relatively beneficial ones of testosterone for boys.

Of course, this “beat the reader over the head” style is probably the point, but at a certain level it starts to just take away from the story, rather than add to it. If there were more in the way of other uses of the metaphor, such as one page’s inclusion of “Ferocious Panther” as a stage in female development between teenager and young adult for darkly comedic purposes, perhaps it would be more palatable for more audiences. In the very least, the final pages of the comic do allude to the idea that we may see more than the heavy-handed portrayal of the similarity, with a rather shocking image to close out, but time will tell if that is anything more than a shocking page to draw readers on to the next issue.

However, other elements of the script are more distracting. An old woman watching television happens to be listening to some extremely infamously misogynist, sexist quotes of a certain political figure who will not be named (for sake of giving minimal exposure) both times the television is heard. For many readers, comic books are an escape, or at least a way to get away from the chaotic, at times despair-ridden world outside, one that is rendered moot by the inclusion of these quotes that serve to do little but cause anger at a real life figure and shatter what immersion existed.

Kate Niemczyk’s penciling works very well, with lines thickening or thinning out depending on the distance of the object or person. Faces are shown as rather full, especially those of children or teenagers, adding a youthful innocence to them that emphasizes the despair felt at how they are likely to be discriminated against for something beyond their control. Furthermore, Niemczyk’s detail on the faces of the teenagers extends to drawing freckles on the faces of those close up and making an added emphasis on the shape of eyes (be they human or cat), endearing readers to them even more. On the other hand, the older characters, those who are in their adulthood, are thinner around the face, and thus have shed that “innocence” that permeates the younger cast like Maude.

The entirety of “Man-Eaters” #3 has a scrapbook-like quality to its artwork, alternating between drawn illustrations like those of Niemczyk’s already mentioned and actual real-life photographs, such as those of female hygiene equipment, photograph clips to hold into a book, or still screenshots of a newsperson on a television. Some panels are “attached” to the page at slightly tilted angles to give the impression of attaching them manually to another page with its own background, and others are composed of this photography with comic book lettering put over it. While this kind of style could hold a kind of charm to some, it also can be very distracting, drawing readers out of the book in a manner that is, while in some cases similar to the aforementioned quotations, simultaneously disruptive to the overall feel of a comic story. The only real exception could be the television, but the fact that the same photograph is repeated instead of including some, even basic, variation crosses into the uncanny valley.

Rachelle Rosenberg does a very good job with her colors. The bright coloration of the daytime and flashback scenes give a feeling of, if not hope, then at least a semblance of normalcy. While this kind of feeling is not necessarily a good thing, at least it is somewhat further from physical violence than the night. On the other hand, darker colors in the night cast a realistic dim over scenes, but the real emphasis comes with the injection of light into those very scenes, from the green glow of a low-light vision camera to the glow of a cat’s eyes in the dark, the latter being deliberately uncanny in a way that can disturb readers.

In keeping with the scrapbook-like nature of the storytelling, there is an extra emphasis on some of the backgrounds chosen for the “scrapbook” pages themselves. Light green, light blue, and others each help to decide the mood of individual scenes, from calm and/or annoyed to the shocking horrors of splashes of bloody red on pure white, helping readers to feel at least something of what Maude is experiencing, even if only on the most basic of levels.

In all, “Man-Eaters” #3 is an oddity. Perhaps it is for a certain kind of reader, but the distractions make who exactly that reader is meant to be hard to discern.

Final Verdict: 5.5– Kate Niemczyk and Rachelle Rosenberg’s pencils and colors, while well done, cannot save “Man-Eaters” #3 from being utterly immersion-breaking on a wide variety of levels.