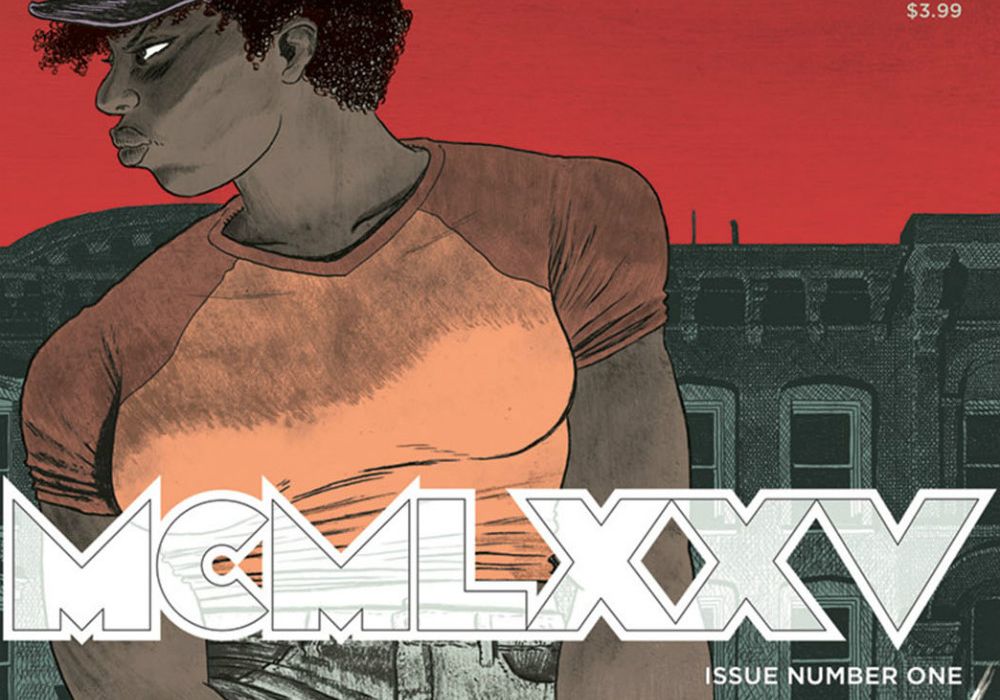 In June, Multiversity readers were treated to some preview pages from Joe Casey and Ian MacEwan’s “MCMLXXV” from Image. These intentionally lurid neon-colored panels are just one of the highlights of this promising new series. 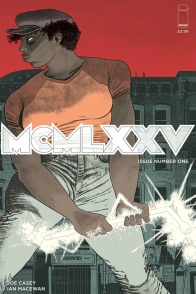 Meet Pamela Evans. Much more than a typical Manhattan cab driver, she also happens to be a badass monster-fighter who wields an enchanted tire iron. Welcome to the year of her greatest adventure. JOE CASEY and IAN MacEWAN team up for MCMLXXV: modern mythology for a new generation.

“MCMLXXV” begins with lyrics from Ben E. King’s “Supernatural Thing,” a chart topper from 1975 (of course). The soul lyrics set the tone for what’s to come, a throwback to a vision of New York from 40 years in the past. I’d almost recommend listening to the song while reading the issue to set the mood as it perfectly captures the aesthetic of Casey and MacEwan’s “MCMLXXV.” The aural experience almost animates the panels. You can imagine the marquee and street lights reflecting off the windows of Pamela Evans’s cab as it careens through the concrete corridors of a grimy and rain-slicked disco-era New York.

The references to other media don’t end there. Casey’s script and MacEwan’s art have a cinematic quality. Casey’s use of the overnight DJ as the principle “voice over” through many of the expository panels and the general artistic aesthetic that mirrors the city streets of Popeye Doyle in “The French Connection” and any number of movies from the auteur-driven American cinema of the ’70s. There has been obvious care given to present a comic that not only reflects the ’70s in content, but also in style. The book has an urban, handmade quality, a tough thing to accomplish in the digital age of comics where lines are clean by default and the alternative is typically has an underground comics feel. This is a mashup of modern high production values paired with an intentionally throwback presentation. In television, HBO has pulled off a similar thing with “The Deuce.” The scratchy look of MacEwan’s line work and shading actually makes the book look like a bronze-aged spinner rack jewel filtered through more modern sensibilities. Brad Simpson’s eye-poppingly bold colors and Rus Wooten’s organic lettering also rate high marks. The only thing that feels a bit too modern are the inverted front and back matter images, but that’s a minor quibble. For my money, I wish they had cranked the nostalgic look of the book even further in the packaging and design choices with corner boxes on the cover and even some fake ads mimicking the comics of yesteryear. It’s been done before, I know, but it seems like the only missed opportunity in this book.

In a lot of ways, “MCMLLXV” is similar to Jim Rugg’s tour-de-force “Afrodisiac” but with a more linear narrative and a tighter focus on a geographical setting. While “Afrodisiac” was shameless in its far-reaching but predominately ’70s-era influences and gonzo appropriations from a myriad of genres, it didn’t have ninja zombies. Or is it zombie ninjas? Like Rugg’s treatment of his titular hero, Casey doesn’t waste time with exposition or character backstory, throwing readers right into what seems to be a fairly straightforward urban narrative until Pamela and one of her fares run afoul of said zombie ninjas. Then the magic tire iron makes its first appearance. This plot contrivance elicited an eye roll when I read the issue’s solicitation, but I have to say that its presentation and function are pretty bad ass, an adjective of which Pamela would likely approve. It turns out that the thing only really becomes an enchanted and more formidable weapon in the presence of supernatural threats.

We actually do get a snippet of backstory for Pamela, providing fodder for future plot developments. There’s an old mentor and a monster there too. There’s a rival gang war also. And if that weren’t enough in this brisk but surprisingly packed first issue, there are hints at a dark legacy of which Pamela is a part that is seen in the flashback but made more explicit in the issue’s cliffhanger. Casey never really slows down to flesh out the whys and wherefores, and it will be interesting to see those plot threads twist and turn. What Casey does do is to flesh out Pamela’s character when she’s not driving passengers and kicking butts. A scene with her boss and then one with her lover show that Pamela is not to be trifled with anywhere by anyone.

I am hesitant to call Pamela the lovechild of Shaft and Pam Grier’s Foxy Brown because it’s too facile to equate “MCMLLXV” to the era’s blaxploitation cinema. It’s certainly a part of the equation, but for all the crazy cool things that term connotes, it diminishes the work that Casey and MacEwan are doing here which is melding elements of the urban vigilante or crimefighter story with fantasy, horror, and Asian martial arts fare. To belabor the comparisons to film, this feels like a comic book version of the kind of trash cinema influenced mashup that Quentin Tarantino accomplished in his Kill Bill films, and there’s nothing wrong with that. Plus, zombie ninjas.

Final Verdict: 8.0 – “MCMLXXV” #1 reads great and looks even greater. Pamela Evans and this book are forces to be reckoned with.