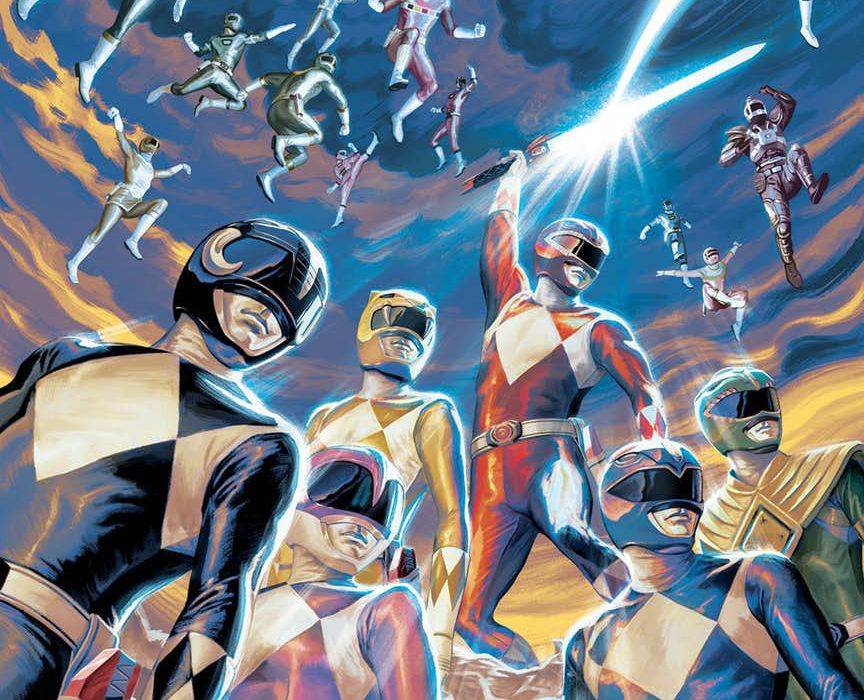 Nearly 25 years ago, a 4-year-old me sat in front of the television and watched helmeted heroes in brightly-colored spandex fight monsters and call upon giant robots. That series has survived through multiple iterations, adapting “Super Sentai” series as they come, and is now making a nostalgic comeback in the form of comics. So in honor of our younger selves, let’s take a look at this comic, a tribute to 25 years of “Power Rangers.” 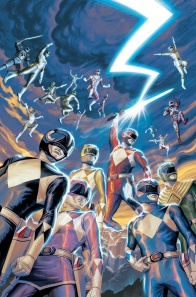 BOOM! Studios has done an amazing job at revitalizing the “Power Rangers” franchise in comic form, adding depth and nuance to the original six Mighty Morphin’ rangers while updating the comic to modern times. The current “Shattered Grid” arc is bringing in heroes from throughout the series’ many iterations, showing how all the heroes can work together to fight for what’s right.

This comic has nothing to do with any of that.

In fact, the first two parts, “Pet Project” and “Sealed,” are more akin to the older series in tone and complexity (or lack thereof), with simplistic and goofy plots from the villains and basic character motivations. While it is indeed similar to the “monster of the week” formula from the show, the depth and character-driven stories from the current “Power Rangers” comic run is greatly missed. Even the artwork feels very flat, with rushed action and ranger designs that look like they’d be more appropriate on a child’s lunchbox than in the comics we’ve been enjoying so far.

Well, I’m being a little harsh on the art; Joe Quinones stars off strong, with nice detailing and expressions on Rita and Scorpina, not to mention an assortment of adorable dogs (and any comic with lots of dogs gains a point in my book), but it seems to get rushed and start losing its touch once the action starts. While it’s all very clean, the way the rangers are drawn feels more two-dimensional than they should.

Similarly, the second part starts off with an excellent illustration of the Thunder Megazord by Lucas Werneck. He also does a good job capturing the physicality and appearances of the unmorphed characters, maintaining true to their 90’s designs, rather than the updated looks the comics have been sporting. While his work on Goldar and the rangers features a bit more in the way of detail and shading, it seems like they’re only drawn in poses, rather than adding any sense of flow or dynamics to the action.

Sure, my younger self would have absolutely loved this, but we’ve been spoiled on the quality of the ongoing “Power Rangers” comics, and the 90’s-style simplicity just doesn’t cut it anymore. After seeing Tommy Oliver struggle with how he was once tempted to evil and faced with an alternate version of himself, and seeing the impact that the monster fights have had on the people of Angel Grove, we just can’t go back to Rita trying to sabotage Tommy with an evil monster dog or see Aisha and Adam make a formula that lets them grow too.

Fortunately, what the first two stories lack the remaining three make up for nicely.

“The Sweetest of Dreams” skips ahead a few seasons to Mystic Force, and instead of focusing on the team, shows us their mentor, Udonna, in a moment of grief and weakness. There’s a lot of backstory in Mystic Force that detracted from the growth on the main team, but this comic shines a light on some of the characters connected to it, as well as the connection of Leanbow and Koragg that comes up later in the series. Grief, sacrifice, love, conviction – all aspects of the characters explored in this brief comic, and Magdalene Visaggio does a great job with the characterizations.

Artistically, French Carlomagno’s work is a little on the linear side, with sharp angles on limbs and faces, along with plenty of lines to add details. But the use of fire and lighting adds to the tone nicely, and the color work creates a great mood. The action in this part is far more tense and dynamic than in previous ones; it’s amazing what a few action lines will do, and then their lack when Koragg casually deflects Udonna’s attack underscores his strength. It’s absolutely a step up from the previous two parts.

Surprisingly, one of the better parts of the issue comes from one of the weaker series, with the Ninja Steel chapter, “Golden Ideas.” As the latest series in the franchise, it’s the current torchbearer of the ranger legacy, and the show itself has been… not very good. But the comic, written by Sina Grace, works to connect Ninja Steel to the original Mighty Morphin’ team by having their stories run parallel, and demonstrating the same courage and determination from both teams.

Showing the past and present battles side-by-side works well narratively before the two timelines converge. There, we see Brody (the Ninja Steel Red Ranger) show proper respect to the original team’s Red while still being able to stand beside him as an equal, and contributing to the future legacy of rangers by setting the stage for a future victory against the eldritch abomination that both teams had to push back.

It also gives us perhaps the greatest panel in this comic – Alpha 5 in a top hat, tuxedo jacket, bow tie, and big fake mustache running with Mick while they carry what looks like an oversized dragon egg.

I don’t know what the story behind that is, but it’s great.

Sina Grace provides the artwork for this part, with colors by Eleonora Bruni. Their work on the characters is fine; each resembles their live-action counterparts well enough, particularly Mick, but the true strength of the art in this section comes through when the rangers are dealing with the evil entity they’re fighting; the color work adds a shimmering, otherworldly look to it, and the actual design – a mass of tentacles reaching into portals and a huge central eyeball – resembles something out of Lovecraft’s tales.

Plus, they give us the aforementioned panel of Alpha in a top hat. That immediately earns them points.

Finally, the special brings us “The Trial of Astronema,” written by Trey Moore and illustrated by Dajung Lee, with colors by Marcelo Costa. This is the thematic and emotional core of the issue, covering themes of justice and redemption. Can a once-villain, now ranger atone for her past crimes through good, or must she still be punished for a past life?

There’s little to no action in this part, but the section is presented with multiple testimonies both for and against Karone (formerly Astronema) from the In Space and Lost Galaxy seasons. There’s no monster, just people crying out for vengeance, and we get to experience Karone’s emotional turmoil as she prepares to let them have it, as well as the rangers’ struggle to prove her innocence. Emotionally and ethically, it’s a powerful story.

The artwork’s strength comes through in the various alien designs, containing many unique ideas as well as a few callbacks to existing species in the franchise. The human characters are limber but very expressive, and Marcelo Costa’s color work creates a good clash of light and dark while still making the designs pop. Several panels are structured around each other to add to the drama of the scene, including a great moment where Karone sits in her trial in the center of the page, while surrounded by panels and speech bubbles of characters either accusing or defending her.

So while the Mighty Morphin’ sections leave much to be desired, the parts of the “Power Rangers Anniversary Special” that follow do a great job adding ethos and depth to the other parts of the franchise. This comic will appeal the most to longtime viewers, but still serves as a fitting tribute to the history of Power Rangers.

Final Verdict: 6.8 – While off to a weak start when compared to the ongoing “Power Rangers” comics and with no connection to “Shattered Grid,” it picks up speed in later parts and ends strong. Still worthwhile for fans of the franchise.