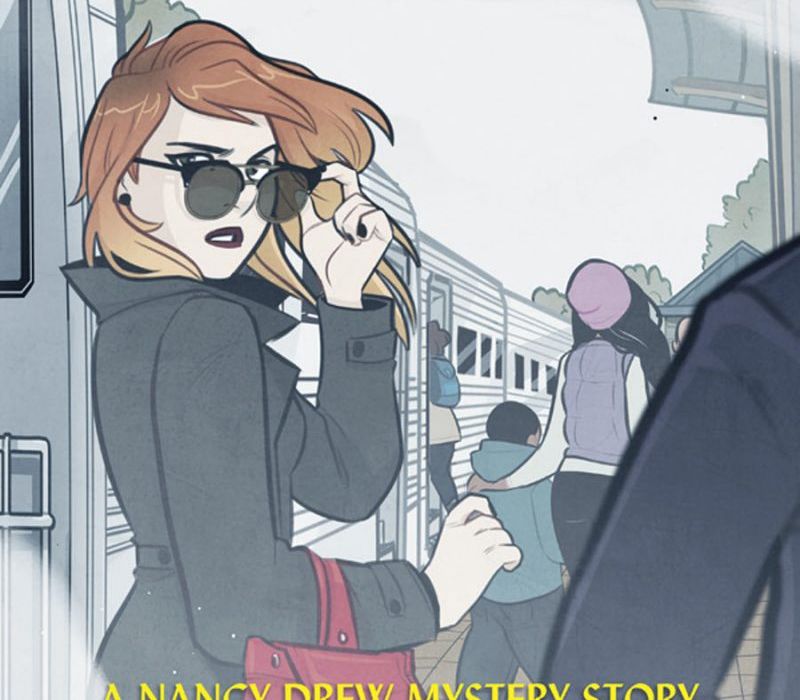 Jenn St-Onge and Triona Farrell’s art give a true American icon and her crew a fresh new look. After a tepid debut in “Nancy Drew” #1, hopefully the script will keep pace.  (Warning: minor spoilers ahead.) 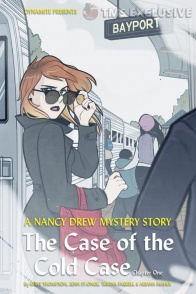 Nancy Drew is seventeen and good at everything…ESPECIALLY solving crimes. But her totally-in-control-and-obviously-running-perfectly-smooth-(but-not-really) life hits a snag when a mysterious message drags her back to the hometown she left behind. There she’ll have to find out which of her friends are still her friends, which are enemies, and who exactly is trying to kill her…and (hopefully) stop them before they succeed. KELLY THOMPSON (Hawkeye, Star Wars, Rogue & Gambit) and JENN ST-ONGE (Giant Days, The Misfits) team up to present an all-new modern spin on a classic mystery icon!

Without a doubt Nancy Drew is one of the most iconic characters in American fiction. Having appeared in countless books, movies, TV shows, computer games, comics and graphic novels in the past 88 years, it’s hard to overstate her cultural influence and impact. From Oprah to Hillary Clinton, Barbara Streisand to Barbara Bush, women everywhere cite Nancy Drew as a role model and inspiration. Naturally, her character has changed and evolved since her debut in 1930, but even to this day, her core character traits remain remarkably consistent. For nearly 100 years Nancy Drew has been the brave, smart, resourceful and steadfastly independent teen detective who openly challenges gender stereotypes and norms.

In that sense, unfortunately, the premiere issue of the minimalistically entitled series “Nancy Drew” by the masters of licensed comic book content, Dynamite Entertainment, fails to break new ground. Sure, Nancy wears a Bluetooth earpiece and drops some mildly profane language like, “Chad, look how happy that goddamn goat is” and the disarmingly funny phrase “douche canoe,” but so far, this is pretty much the same old Nancy Drew we already know and love, albeit one who’s a little too obsessed with dry cleaning for some reason.

I mean, she might namecheck Taylor Swift (why not Cardi B, instead?), but in the opening scene she’s in the midst of solving a mystery about the kidnapping of a high school mascot named Mr. Goatington. Maybe it’s a clever commentary on teen mystery novel tropes, but to me it feels like a plot right out of the 1950s with a smattering of twenty-first century details thrown in to make it feel “fresh.” Don’t get me wrong, the script isn’t actually bad, it just feels underwhelming, especially with breakout writer Kelly Thompson at the helm.

Granted, there are definitely some moments later in the book that bring the narrative closer to what to what the audience has come to expect from Thompson, but for the most part these moments feel fleeting or like an afterthought, wedged into what is otherwise a surprisingly conventional script. Truthfully, I can’t help but feel somewhere along the line the creators were forced to compromise and pull back from their original vision. Perhaps that will change as the series progresses.

In any case, in contrast to the watered down script, Jenn St-Onge’s art is fantastic and full of life. In the book’s opening pages, for example, she manages to inject dramatic tension into an inherently absurd situation, mining the scene equally for comedy and suspense while driving the narrative forward. The paneling and shot selection are bold, energetic and nicely balanced. Tempted as she might have been, she never overplays the scene for cheap laughs or over-the-top melodrama. Instead, she deftly captures the situational humor even as she introduces Nancy for the first time and sets the tone for the rest of the book.

Ultimately, St-Onge’s illustrations and Triona Farrell’s colors carry this premiere issue, giving it a contemporary, stylish, somewhat rebellious quality that isn’t always there in the script. St-Onge’s character designs, especially, feel dynamic and very much on point, simmering with teen energy that’s waiting to be unleashed. Nancy’s childhood friend George Fayne, in particular, is a cool, no bullshit addition to Nancy’s entourage.

Triona Farrell’s color palette, heavy on greens and blues with accents of red and rosy browns, also adds some flair. It feels colorful and lively, but never gaudy. Likewise, Farrell’s excellent use of subtle shading also helps to keep things from getting overly flat or cartoony. It’s not a realistic style, per se, but it still feels very authentic and relatable. It’s a style that hooks you in and keeps your attention, page after page, with a breezy, intuitive flow.

In the end, “Nancy Drew” #1 is an easy, frictionless read and that feels like a bit of a letdown. There’s nothing very provocative, edgy or unexpected. The book feels layered over with a contemporary veneer rather than reimagined with a true “from the ground up” mentality. Perhaps we’re easing into things and there are plenty of surprises in store, but so far there’s not a lot here that we haven’t seen before.

Final Verdict: 6.9 – No doubt this series will get better, there are great core characters here, but “Nancy Drew” #1 is an underwhelming start.