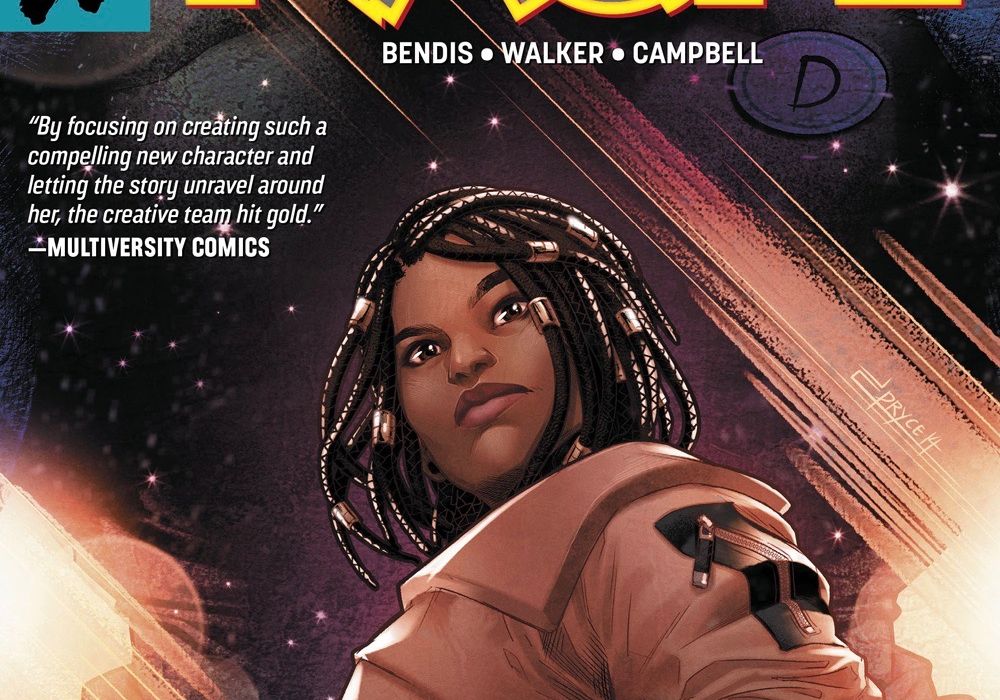 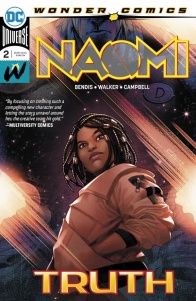 The most startling and intriguing mystery in the DC Universe continues as Naomi searches to uncover the secrets of her own origin. What do her small town’s oversized mechanic and the last time a super-powered person appeared in her hometown have to do with the day she was adopted? Big emotions, new characters and a last page cliffhanger that can’t be missed lead off this issue drawn by breakout sensation Jamal Campbell. Don’t miss your chance to meet the most exciting new character in the DC Universe!

Any book with the name Brian Michael Bendis on the front cover is rightly going to garner a ton of attention based on that fact alone. For now, I will leave it to my more capable colleagues here at Multiversity to fully assess Bendis’s highly anticipated transition to DC Comics, but as we approach the first anniversary of his tenure I think everyone agrees that the depth and breadth of his output has been pretty astonishing. Bendis hit the ground running with “Action Comics #1000” and hasn’t slowed down since, also writing multiple issues for “Man of Steel,” “Superman” and “Young Justice,” not to mention his creator-owned Jinxworld titles, “Pearl,” “The United States vs. Murder, Inc.,” “Scarlet” and “Cover.”

All of that said, comics are the quintessential collaborative medium. At the end of the day, a book’s script and whoever wrote it are no more or less important than any other element. A book’s success or failure depends on the whole team and all of their hard work and talents. It’s no coincidence, then, that as Bendis embarks on what is perhaps his most important and ambitious DC project yet – the launch of an entirely new, in-continuity leading character for his pop-up imprint Wonder Comics – Bendis has assembled a killer team of creatives for one of the imprint’s key titles.

First off, for “Naomi” #2 illustrator Jamal Campbell pulls double-duty on inks and colors, as he did in the debut issue. To this point, just two issue into the series, the book has remained centered more on character than plot, a fact reflected perfectly in Campbell’s page layouts and framing. With an excellent blend of medium shots and close-ups, Campbell consistently gives us a strong, clear sense of who Naomi is and what she’s feeling, without things ever feeling redundant. In fact, Campbell’s no-frills panel borders and outstanding use of whitespace organically guide your eyes – and your attention – effortlessly across the page. In one early scene, for example, as Naomi sits at the dinner table listening to her adoptive parents gossip about some random couple headed for a divorce, the black panel borders progressively widen, visually isolating Naomi while creating literal distance between her and her parents.

Much of the rest of the time, the book’s two double-page spreads aside, Naomi remains unobtrusively prominent, her face framed by distinctive dreadlocks. Notably, several times she is drawn from a low, “heroic angle,” which subtly seems to foreshadow her upcoming hero’s journey while offers a slightly “larger than life” perspective on this emerging character.

Something big is brewing, but we still don’t know what it is.

Carlos M. Mangual on letters (following in the footsteps of Josh Reed in the previous issue), makes a similarly subtle yet interesting choice by using upper and lower case letters in all of the dialogue, except certain words and phrases which he writes in all caps to give them special emphasis. It’s an unusual technique, especially in a superhero title, but here it underscores the small town, conversational vibe. These are everyday people, leading unspectacular lives in an out-of-the way, backwater place where nothing interesting ever happens. In other words, it’s the perfect backdrop for “the biggest new mystery in the DC Universe,” as the series has been promoted.

In addition to Campbell on art and Mangual on letters, writer David F. Walker rounds out the creative team. Intriguingly, Walker is currently also writing the incredible creator-owned series “Bitter Root” over at Image. In fact, issue the fourth issue of that book also dropped on 2/20. Without knowing exactly how Bendis and Walker co-write together, it seems well worth noting that Naomi is black – adopted by two white parents, surrounded by white classmates and friends, seen by a white therapist. In fact, flip through the first two issues and the only African American that you’ll see anywhere is the book’s protagonist, a choice that can only portend themes and storylines that feature race as a key component. With Walker simultaneously writing a series set in New York during the Harlem Renaissance, I can’t wait to see how his perspective helps to shape this particular story, too.

Of course, the other key theme is adoption. As Naomi’s therapist told her in the first issue, most people overlook or forget the fact that Superman, too, was adopted. “He’s from somewhere else. And . . . accepted.” As Naomi continues to fixate on the seventeen seconds in which Superman battled Mongul in the skies above Port Oswego, Oregon (a fictional town in a very real state where the black population is just over 2%) and tries to reconcile that with vague rumors and urban legends about the last time a superhero visited her nowhere hometown, a unique and highly compelling origin story continues to unfold right before our eyes.

Final Verdict: 9.2 As Naomi rises up out of nowhere, this is a rare chance to be there right from the start. This series is going to be special. Don’t miss out.