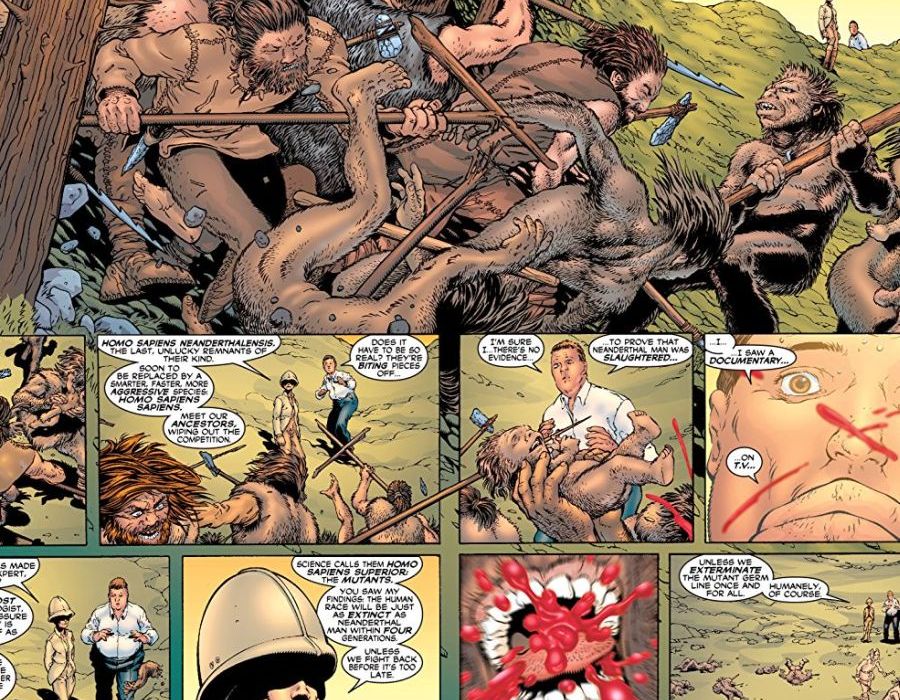 It’s 2001. I’m working at a Virgin Megastore and Cyclops just got done being possessed by Apocalypse or whatever. My favorite writer in the world and best artist who ever lived are teaming up to reinvent the team of weirdos that got me into comics in the sixth grade. This is what happened.

First, take another look at that cover. I mean really look. 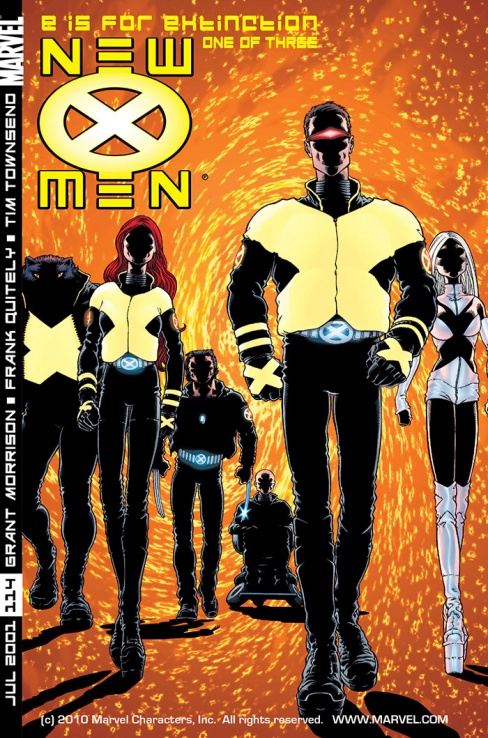 You should know that I’ve had a copy of this issue on my desk at every job I’ve ever had that involved a desk. It’s the walk, for starters. Cyclops, Beast, Wolverine, White Queen, Jean Grey, Professor X; all of them walking towards camera with just limitless swagger. You look at them and you’re like, “Okay, I’m ready for the work day.” Then, you’ve got Frank Quitely’s phenomenal costume design. The new uniforms are perfect for his style, an effortless melding of his strengths as an artist, and just basic fashion sense. It’s hard to design costumes that look “real” but would also lose every bit of their appeal if you actually tried to make it in real life (let’s just say trust me on this one). Finally, there’s the color scheme. Black, yellow, orange, and white. Simple, striking, elegant. The one thing that’s not great, the logo. I get that it was designed by Morrison himself, and that its ability to work from either upwards or downwards is a perfectly reflection of the contents of the issue itself, but execution wise, I dunno, it’s just…a little uncool?

Anyway. Then you get hit with this first page. 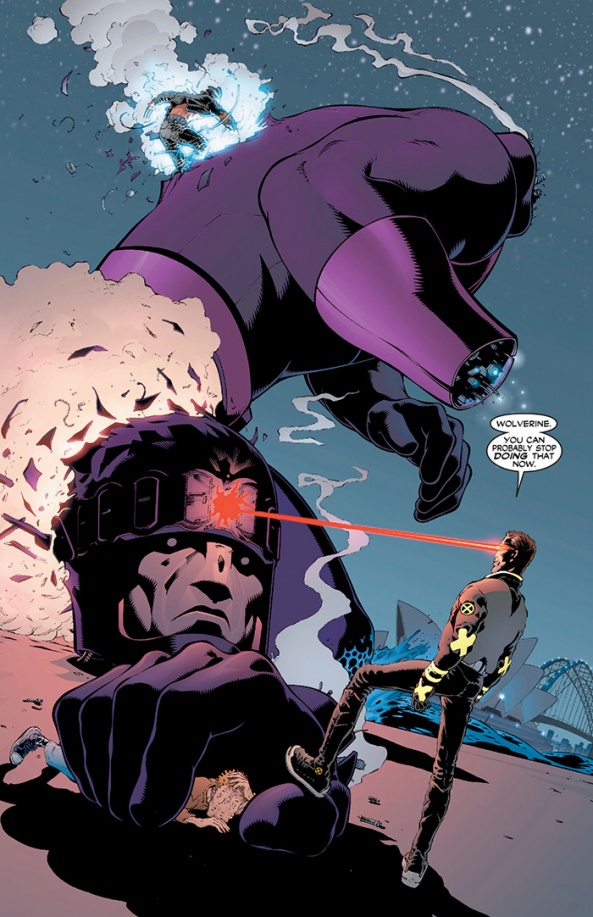 It’s the perfect summation of “classic” X-Men tropes. An old, big purple sentinel. A relic. And here’s old stick in the mud Scott Summers telling his pal Logan he can stop killing it. Almost as if this is a signal that X-Men stories, like their subjects, are about to evolve into something stranger, more interesting, more powerful.

I don’t know. Too on the nose? Speaking of which, that’s the first appearance of Ugly John, and he has three of them.

The through-line of the issue, really, is the introduction of a brand new villain, Cassandra Nova. She sports an incredible design by Quitely; weird, tiny, old, and with an explorer’s hat and crazy old jodhpurs. She’s walking through a simulation of the basics of evolution, starting with the caveman.

I feel like a lot of the strength of this issue is lost if you spell it out so explicitly, these themes of evolution and extinction, the strong wiping out their weaker forbearers, and issue spends only enough time on them to bring them into the conversation, then quickly moves on to Jean and Beast chatting about his sudden new look.

All told, there’s very little in the way of action in this issue, just several conversations that quickly and organically establish the characters and how they interact with each other.

So how is it that this instantly became one of my favorite issues of anything ever? It’s hard to pin down. A lot of it had to do with the climate in which it appeared. Marvel was at a strange, stale place (at least as I remember it). I was just finishing grad school and working at a record store. But here came this comic, a totally new thing from two creative titans, reimagining my favorite franchise in ways no one expected.

It is, simply put, the most confident comic ever published.

It didn’t care if you liked how super hero costumes were supposed to look, or how Beast was supposed to look, or when White Queen was just a two-dimensional villain, or Scott and Jean being a perfect couple. It had a point of view and you could keep up with it or not. It could really not care any less.

Oh and also, Frank Quitely was drawing it. 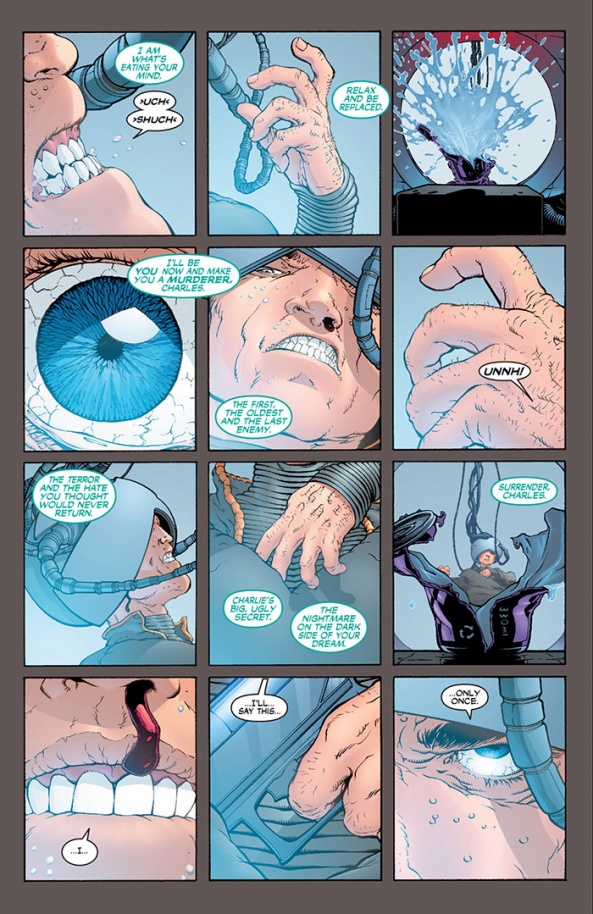 There’s probably no one in comics who is equally as interesting in their linework and their panel-to-panel storytelling. Someday I’d love to sit down with both Morrison and Quitely about exactly how this page was constructed. Did Morrison dictate each shot? Did Quitely decide on the fly? (Like that one panel through the exploded soda can, I mean, my goodness). And top it all off, it masterfully leads to this opening panel on the next page: 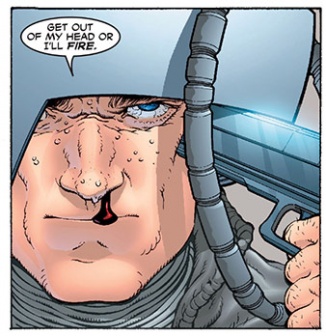 I mean, literally, boom. It’s a phenomenally cool moment, but also such a discovery. What would Chuck’s failsafe be? Knowing his brain was the most dangerous weapon on the planet? Just a brilliant reveal.

The issue ends with a direct reflection of its opening page: 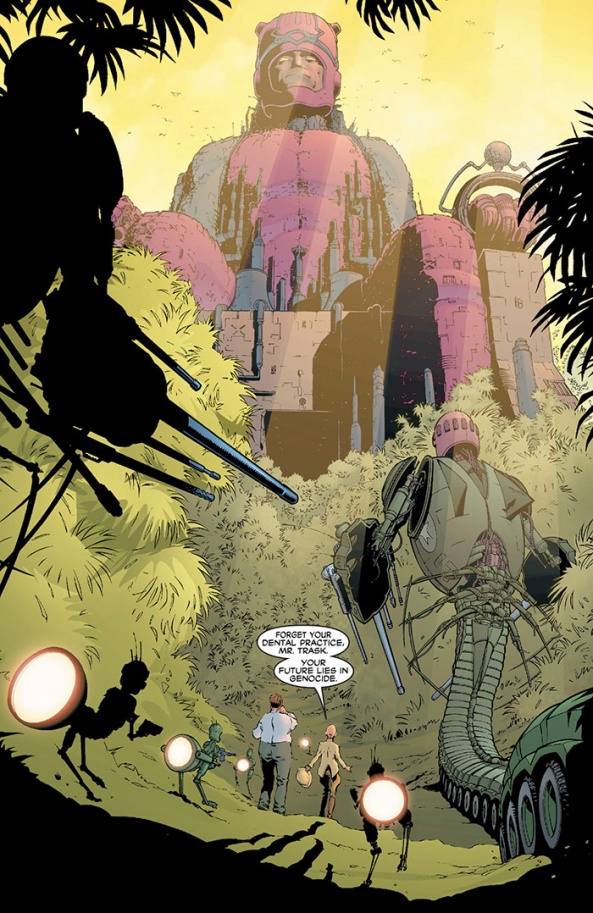 “New X-Men,” in a single issue, makes its intentions clear: the old X-men are dead. Big clunky simple enemies, easy-to-draw spandex costumes, cut and dry relationships, no pistols in the X-Mansion (those big Cable ones don’t count); all that is gone.

These are New X-Men.