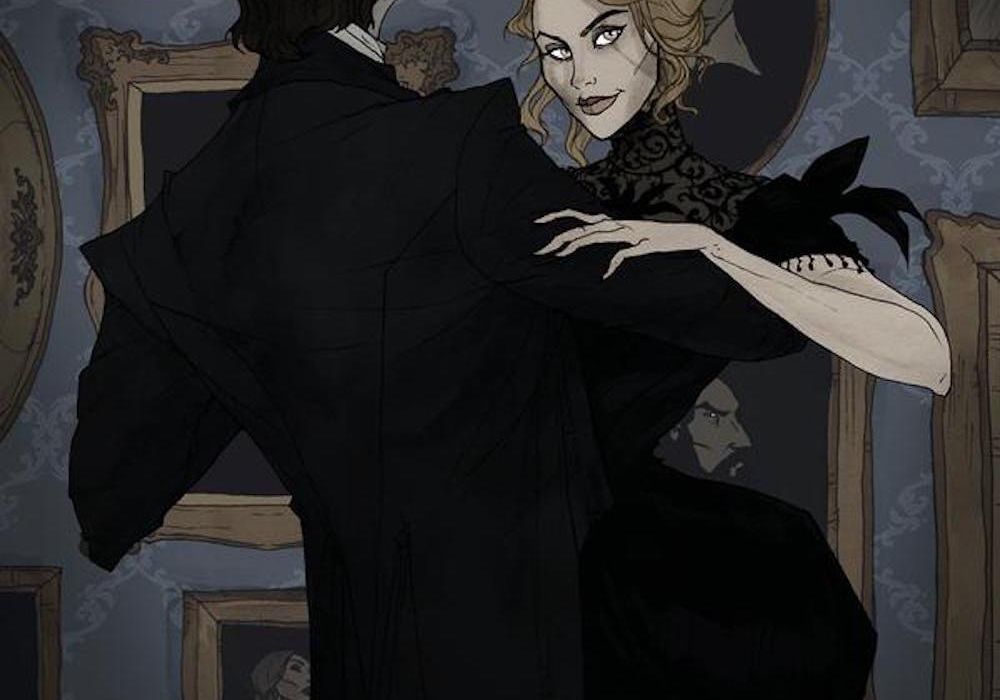 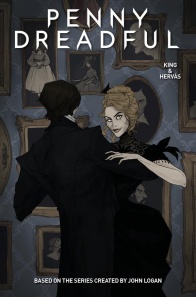 As the repeated solicitation for this series states, the “Penny Dreadful” ongoing has long been a sequel series to the relatively unfinished stories of the Penny Dreadful television series from Showtime. As such, it has at times fallen into a rut of both locking out new fans and spoiling too much for newer ones. However, in “Penny Dreadful” #8, Chris King seems to finally break that pattern.

By way of the morally conflicted, mentally ill Mr. Renfield, King allows some key story elements from the television series to come through, while simultaneously throwing around comments referring to more recent developments, all filtered through his thoroughly disturbed psychological lens. As such, the story still serves as a sequel while doing its best to actually draw in new readers with dialogue.

The main problem King has in this story is pacing. While the show had some faster moments, it always balanced against the speed only occurring in set locations. The conflicts were more cerebral, with violence limited to a few instances at a time, and never lasting very long. Unfortunately, in order to keep reader attention, King seems to have settled on an erratic, shifting pace, even where slowing down to smell the cursed roses may have a much greater benefit. In all, King seems to write as if he is in a hurry to finish what he started, causing an unnatural feel to the story’s arc that causes it to suffer for its synthetic flow.

The worst case of this is with the development of Ethan Chandler’s plot, which completely cuts out any time used to show his reaction to a shocking supernatural development in the name of just shuffling him off to where he has to be later. While Chandler has often been the action hero of the story, King handles Mr. Chandler’s moral dilemma, or even just his shock, by barely even giving it lip service, not even a single panel of time or any kind of narrative beat to show internal torment common to the characters.

That is not to say King is writing entirely poorly. The slower movement of Dorian Gray’s plotline with Lily shows a similar style to the source, and while there are enormous steps taken, they do not seem to be over with too quickly, instead being well handled in the name of the tragedy of the Victorian drama itself. Furthermore, the aforementioned faster pace can admittedly work, such as the interactions between Renfield and Victor Frankenstein. Beginning slowly with an extended speech by the latter in keeping with the classic tone, the suddenly increased threat of imminent mortal danger allows an easy, swift way to demonstrate character development.

Jesús Hervás has been an interesting artist on this series. All of his scenes have a sense of motion to them. From Dorian Gray and Lily walking down a hallway to a visceral view of combat, the lack of focus on individual faces lends itself to a focus on the overall atmosphere of various scenes, much like the television show source material spent its time setting beautiful scenes. There is very little focus in on faces at all, with Hervás seeming to prefer a relatively holistic approach. The more congested fight scenes are, while hectic, a bit too crowded, with the many panels put together for a fight seeming to just exacerbate any issues of who’s who in a melee. On the other hand, his depiction of Kaetenay’s mystical vision is beautiful, merging a variety of different scenes into a single whole while not having the same over-complication inherent in a fight.

That is not to say that Hervás does not focus at all on faces. When there are close-ups of individuals, he is very good at showing their emotions. Dorian Gray shows anguish, half-hearted mirth, and his neutral gaze of faint amusement at different times, while his infamous portrait shows the depths of the torture that had been wrought upon him by time and his diabolic bargain. A major antagonist shows just how uncomfortable a simple smile can make a reader by coupling it with Jason Wordie’s colors.

Jason Wordie’s coloring helps to make up for at least some of what Hervás seems to lack, to the point that the art at times seems to lean upon his work. For underwater scenes, he uses a soft color palette of greens and blues, helping to bring readers into the scene and its surroundings. Outdoors, the palette shifts to warmer, more violent colors, purples and reds being prominent alongside oranges to give the impression of the visceral nature of the demonic entities at work. Scenes inside seem to split the difference, using a higher focus on shadow and lamplights (which themselves are rendered indistinct through their depiction as generic blobs of one orange shade or another) to give a more realistic approach to how characters appear, truer to their natural colors instead of external filters. Of course, the lamplights could be perhaps better handled, especially where fire is essential to a certain significant scene and has perhaps too many similarities to a blood splatter for easy distinction, but such issues are far from important in lieu of the other better uses of color.

Though art and colors perhaps cannot save everything that may go wrong with the pacing of this comic, the creative team seems to at least be better at handling a comic audience, even as they seem in danger of losing their initial SHOWTIME fans.

Final Verdict: 6.5– While “Penny Dreadful” seems to have finally given time to bring in a new audience, it suffers from significant pacing problems.