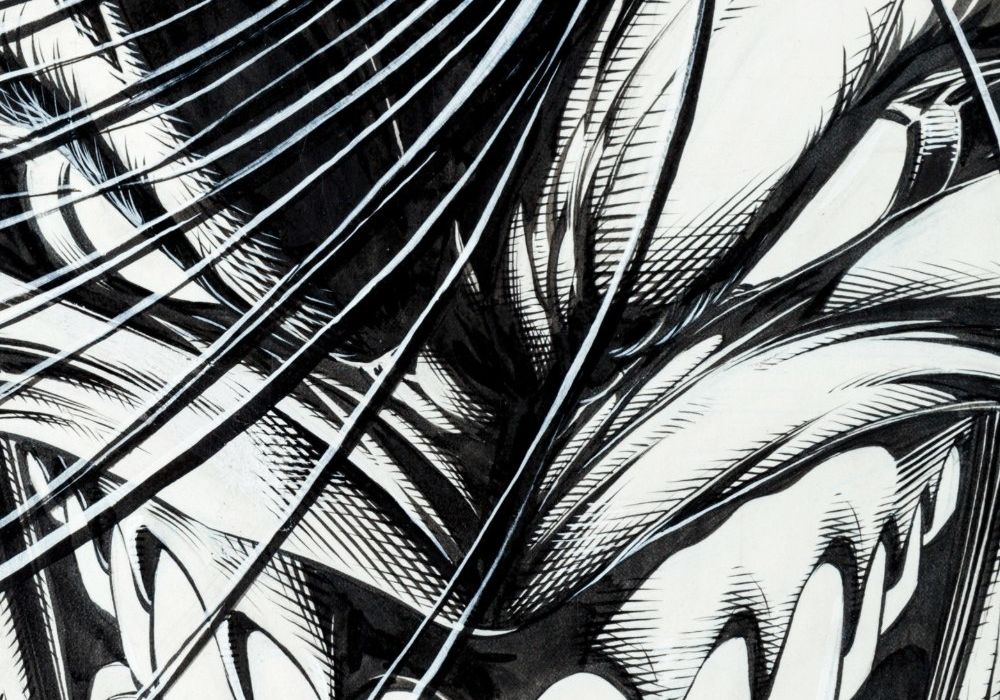 As we at Multiversity Comics revisit the books that launched Image Comics, we take a look at the human/alien hybrid Pitt. The warrior creature who must reconcile with both sides of his heritage while taking down gang members and other villains. Pitt #1 went on to be the second best selling comic of November 1992 – beaten only by the Collector’s Edition of Superman #75! Some Spoilers Ahead! 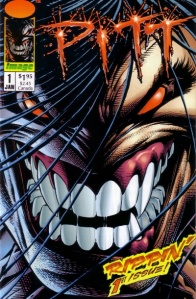 Spinning off from another series, “Youngblood,” “Pitt” was one of the first books from Image Comics to start building a larger connected narrative at the publisher. The character of Pitt was introduced in Rob Liefield’s “Youngblood” #4 with the events of his arrival on Earth causing a ripple effect throughout the the remainder of his own series. With human characters worried about the discovery of more ‘super types’ these stories felt exciting and new. Fans weren’t reading about the adventures of characters that been around for 50 years with regular citizens accustomed to their existence. Like the other books at Image Comics, “Pitt” was aimed more at teens and adults, with ferociously bloody fights, gritty city scenes, scared citizens, and angry detectives stuck in the middle.

His “Youngblood” introduction, which was re-published as “Pitt” 1/2, gives only an idea of who this character is, and it is not really an origin story, as his background and creation would be delved into in future issues, but it gives a little bit of background as to the events of premiere issue. Coming to Earth after escaping captors in a distant galaxy, Pitt comes across a group of thugs who have mercilessly beaten and robbed people on a subway train. Including the grandfather of a young boy named Timmy, a character who becomes very important in Pitt’s life. Pitt takes down the muggers and escapes through the top of train.

“Pitt” #1 opens on the dark streets of Manhattan, 3 A.M., as a biker gang called The Vipers comes across a lost, and naked, Pitt wandering alone after the events in the subway car. Seeing him as nothing more than a challenge the bikers chase him down with nothing, but a fight on their minds. Using some of their most brutal tactics, The Vipers soon realize this is no normal gigantic gray man, as Pitt takes each beating with barely a flinch. Swiftly moving into action, Pitt rips throws them around, beats them entirely, and destroys their bikes. A shotgun blast to his abdomen at point blank range does the most damage, but it is nothing that Pitt can’t walk away from. Seeing his own blood puts him into a further rage and he completely destroys these bikers.

It is an awesome action sequence that is paced like any 80s action flicks. It has the vibes of the greats like The Terminator and fun schlock like 1990: The Bronx Warriors. The framing works beautifully on every page. The action is focused on in each panel, and the use of sweeping, wild action across double splash pages really adds to the cinematic quality of the issue. There is no mistaking what kind of comic this is, and the creators are in on it. This is a B-monster/vigilante story and it’s fun, nasty, and dark. Luckily all those elements work in the context of this schlock-tacular epic. Very little dialogue is used and it’s mostly one-liners and shouted exclamations from the bikers. No silly mid-fight exposition, nothing that feels like superhero comics of days gone by. The action and violence are the focus, and the fear struck in the hearts of bad men. It is an excellent opening sequence.

As the brutality ends, we jump to Connecticut and get a glimpse of Timmy waking up abruptly from a nightmare. With his injured, but healing grandfather rushing in to check on him. It’s a nice, quiet scene, but we learn that Timmy’s parents have died, and its just the two of them trying to make the best of things. Grandpa is a sweet, caring man. They had been on the subway train to see a hockey game for Timmy’s birthday, and now many miles away, home in bed, we are unsure as to whether Timmy is exhibiting some PTSD from the attack or if he dreamt about Pitt’s street battle with the bikers. The way Keown illustrates and formats the panels, either assumption could be correct.

The rest of the issue is mainly a cop drama mixed with some sequences of space fantasy. We get introduced to a homicide squad that feels ripped right out of “Spawn” or NYPD Blue and I love it. Cigar chomping, gun-slinging cops that play by the book AND fast & loose at the same time? Give it all to me. Threaded through these moments of crime scene investigation and the smoke filled 14th precinct we get a look into Pitt’s background. These moments are brought about by a voice in his head that is not his own. This voice criticizes his actions with the bikers. Saying he went too far. That he didn’t need to injure them as badly, resulting in some deaths. It hints that he is hardwired for war, but there is no war for him on Earth. We catch glimpses of memories, but it is unclear if they are Pitt’s or if he is accessing someone else’s. In distant space we see a young alien being taught lessons from The Seer, which seems to be the voice in his head. Is the child Pitt? It doesn’t feel like that is correct. The mystery that is started here is engaging and if readers felt that this would strictly be an action story with a monster at the center may have been mistaken.

Brian Hotton’s script probably wouldn’t win any awards for originality, but it holds the issue together quite well. Characters mostly speak in stereotypical fashion suited distinctly for how they are drawn, but again, the creators are in on the joke. It is all in good fun and a perfect time capsule for this time. It’s gritty 90s noir talk mixed with a taste of dramatic science fiction, and bonkers 80s teen adventure. He tells the story well, and that is really all anyone can ask for.

Artist Dale Keown created “Pitt” for Image just before completely leaving Marvel Comics in 1993. Dale had been the lead artist on “The Incredible Hulk,” and with most early Image titles you can see the Marvel influence throughout “Pitt.” Especially the Hulk-like characteristics of the titular character, and some of his foes/enemies. The entire issue looks like so many Marvel and Image titles of the era. However, whereas someone like Jim Lee went for a perfection that comes off as tedious and pretentious looking back, (Note: This applies to early Image Lee.) this has a precision that is commendable. The work holds up for being both engaging with a touch of murk in its detailing.

It’s really beautifully detailed, but with Joe Chiodo’s coloring talents we get a wild and dark world building throughout. Chiodo uses a vast array of palettes from page to page. Nothing feels re-used from scene to scene. Every moment is a new arena for him to play in and he does it all due justice. Not many artists get to jump from a back alley biker fight to distance space to a little kid’s bedroom to a police department and he colors it all perfectly. Chance Wolf’s lettering is wonderful as well. There is a full range of emotion given throughout the issue. Each bit of lettering a speech bubble is tied directly to each character. There is a lot of great moments here for Wolf. Outside of the basic lettering he really has a chance to play with emotional dialogue used with real flourish.

For the most part there feels to be a real disconnect from and dislike for some of the early Image titles, but “Pitt” #1 holds up quite well 28 years later. Many, many things do not work in this era of ‘dark 90s’ comics. For the most part comic book readers have grown up and moved away from the silly violence, sexist depictions, and the incredible amount of pouches found in these early comics, but “Pitt” might be one that fans should reconsider. While his own series only ran for 20 issues between Image Comics and Full Bleed Studios, the character appeared in 61 different issues across various series over the years, so there is plenty of Pitt to go around if you find yourself hungry for more.

I found myself absolutely engaged and intrigued by this issue and while I have no obligation to I’m reading through the other 19 issues of “Pitt” right now. It is total nonsense and I ate it up. 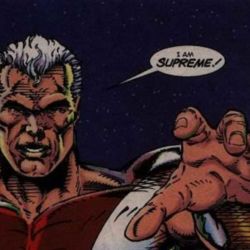 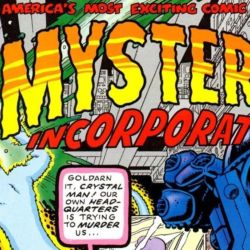 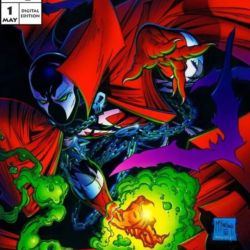