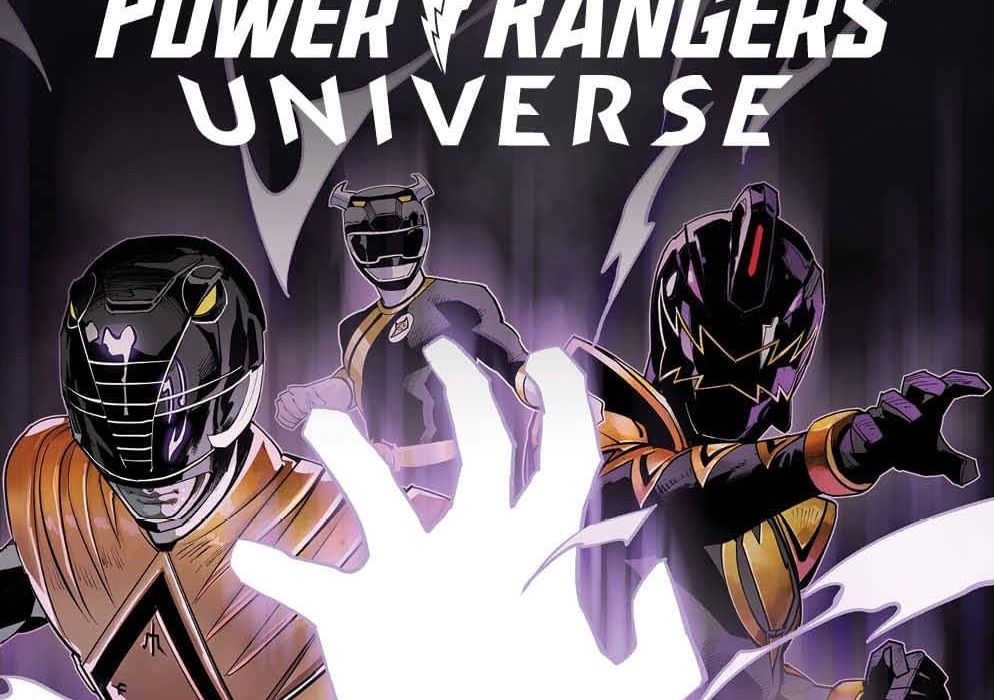 BOOM! Studios has been expanding their “Power Rangers” comic line with more tie-ins, mini-series, and one-shots – and the latest is building on the universe with a look at the history of early Legendary Ranger teams. The mini series is almost over, but we’ve finally seen the first morph, now let’s see how the penultimate issue plays out. 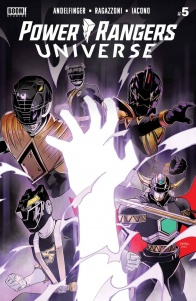 On the Masterforge, the Legendary Ranger Teens and the Morphinaut feel the aftershock of the smoking crater on Earth’s surface.

At the mysterious crash site, their new powers and skill sets are put to the test against a horde of Foot Soldiers! But what happens when their powers start to fail… and even begin to turn against them?

Before anything else, I’d just like to take a moment to acknowledge “Power Rangers Universe” for the choice of ranger teams to have the characters morph into. Fans of the Super Sentai series will recognize the suits as those from Gosei Sentai Dairanger, which was never adapted into a Power Rangers series despite being the next series after Zyuranger, the series that was adapted into Mighty Morphin’ Power Rangers. However, elements from Dairanger did make their way into the American show, including the zords, monsters, and the White Ranger (originally Dairanger’s Kiba Ranger).

Most notably, the Dairanger suits did appear in Power Rangers Super Megaforce, where they were just described as “powers never before seen on Earth.” That poor explanation ruffled many a fan’s feathers, but this comic is retroactively amending that by actually showing us the team in action. So hey, good job addressing continuity! (It also adds a comic original black ranger to the team, but that’s neither here nor there).

Putting that aside, let’s talk about the comic itself. We get to see the properly morphed team in action, including no small amount of proper Power Rangers-style teamwork and banter.

The fight scenes themselves are a mixed bag, but overall solid – when we get to see the fights for more than one frame at a time, each panel flows to the next well enough. The actual flow of movement can be a bit off without the use of action lines (especially when the Phantom Ranger is involved, since he’s covered with a glowing aura the entire time). But it still remains dynamic, and complete with plenty of big, entertaining moves and sufficiently powerful-looking monsters.

Simone Ragazzoni’s artwork has some ups and downs overall. The character designs aren’t entirely consistent, as their proportions can shift between panels, and often times there’s a lack of definition to their limbs and bodies. But overall it’s not bad, especially when we get closer up looks at the characters – that’s when the art really shines, with some nice expressiveness and emoting.

During the fight scenes, the background art is practically nonexistent, instead relying on the color work to set the scene. Even after the fight, when the team is back in the lab, the backgrounds rely on minimal settings, although they still establish the surroundings nicely. This also gives Mattia Iacono’s color work more time to shine, which is a positive.

Considering the series features color-coded heroes fighting in bright outfits, of course any “Power Rangers” comic needs strong color work to go with it, and Mattia’s colors serve nicely. It’s bright, but also clean, relying on solid colors and a bit of shading to do the job. The color choices for the backgrounds also add to the intensity and atmosphere of each moment, particularly with fiery reds and oranges in the heat of battle (and the red ranger even still stands out against the matching background).

Story-wise, issue #5 also manages to hit some good emotional beats. We see the team struggle as they try to reunite with their families and fix the Proto-Arch, but also follow as emotions run high. We see as their emotions get exploited, their darker feelings drawn out, and it becomes unclear if the team will make it through or suffer a tragic end (and one of the best things about the comics is how it’s actually possible for these side-story teams to be defeated, because it doesn’t impact the show’s canon).

Of course, this is the darkest moment where the team has to confront their own issues before coming together at the end, stronger than ever. But it’s done well, especially as it’s used to add onto the story of an existing character from the show.

We learn more about the Phantom Ranger’s past, and see him struggle with loss and regret after the twist in the battle. We see as he makes a selfless sacrifice to make amends for his mistakes, and the consequences therein, which give us a nice lead in to the final issue.

So story-wise, it hits all the right beats. We get action, emotion, character development, and higher stakes leading up to the next chapter. It works nicely, builds on the “Power Rangers” comic universe, and adds a little fix to a moment where the show fell short (okay, so a lot fell short in Super Megaforce, but at least it addressed one thing from it).

Final Verdict: 6.0 – An enjoyable enough issue to expand the “Power Rangers” comics universe, with good action and emotional beats and some little treats for longtime fans of the franchise.