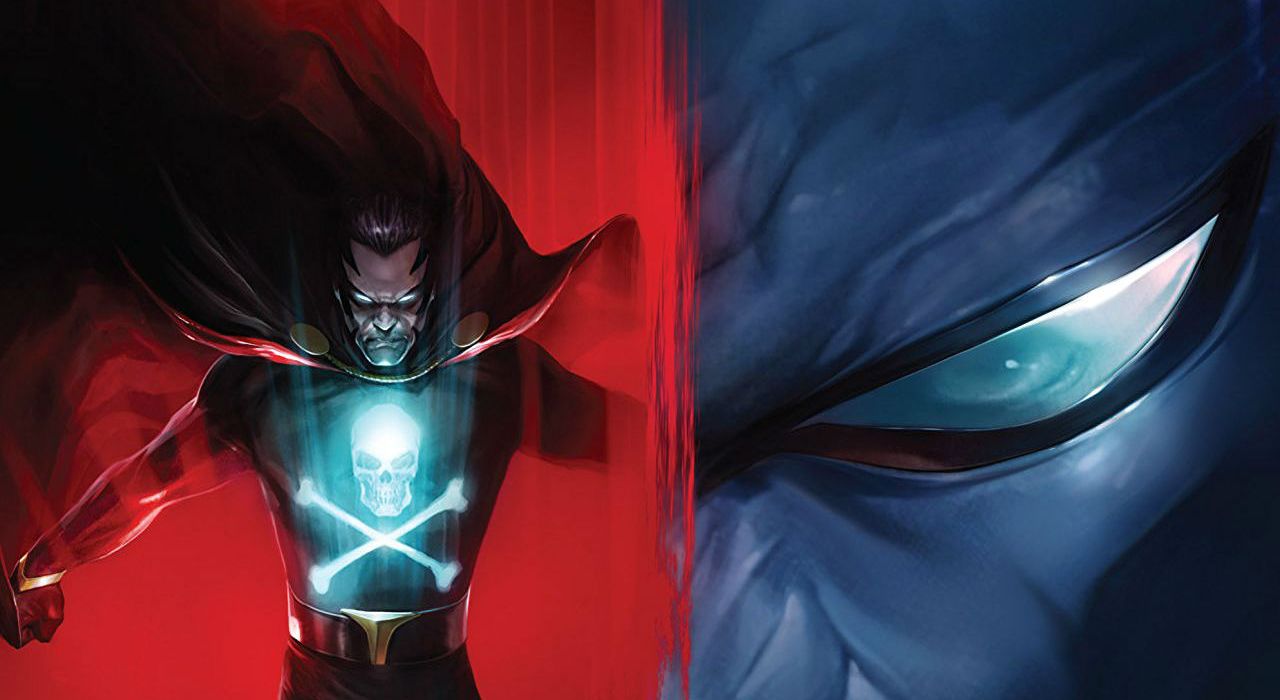 Ten years ago, a project began. A project to bring together heroes from a bygone age and transport them to the modern day. A project that succeeded, if only for a brief moment. Now, after languishing in obscurity, these heroes return to the fore to prevent another world ending disaster, this one more mysterious than Will this third chapter in the main sequence recapture the glory of the first chapter or will it be a repeat of the less than stellar rest of the series? 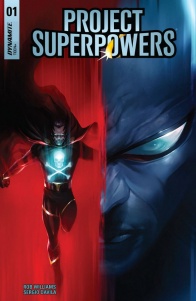 The Project Superpowers heroes came from the past, now they have to prove their relevance in the modern world. A 21st Century threat is coming for us all. What dread secrets does The Death Defying Devil hold? The Lighthouse will rise and the Spirit of The American Flag will take on a new host. But will it be enough? Can superheroes still save the day?

“Project Superpowers” is a strange universe. Comprised of public domain heroes and villains, it’s a series that is characterized more by the lackluster quality of it sequel and spin-offs than the original work. Even the more recent spin-offs, which I quite enjoyed, detached themselves from the original narrative via the “From the pages of” moniker. Regardless, it seems that Dynamite wants to give it another go and have brought in an entirely new set of creators to tackle this strange property.

Starting in the grand tradition of the universe, there was a zeroith issue but as with any good zeroith issue, it is entirely superfluous when it comes to understanding issue one. #0 was, in essence, the teaser trailer while #1 is the opening to act one, complete with inciting incident.

And what an inciting incident it is. Any misgivings I might have had prior to reading this issue were alleviated right away. There’s action, mystery, a brand new main character, and a decidedly different tone than the previous main series chapters. Gone is the dramatic, melancholic narration. Gone is the focus on Superheroes vs Superheroes. Gone are the Alex Ross covers. Instead, we are left with a new take on the original question: What place is there for the heroes of old and what has the world, and America, become?

Williams begins to get at this question through Masquerade and her disillusionment with the modern world, with the lack of a binary between good and evil, a refrain echoed across all the chapters of this series. But it’s here, in this new issue #1, that he complicates this disillusionment by pairing Masquerade’s assertion that the world is devoid of wonder with Imani Cooper’s genuine wonderment with New York and plane flight. While we don’t get much characterization from her, or from any of the heroes really, what we get is just enough.

This is a superhero story, not a character study. A world-ending, death-defying, superhero story and it is unapologetic in its history. Yet, so was “Project Superpowers: Chapter 2.” What makes “Project Superpowers” #1 work is that the script and art are decidedly modern in tone but timeless in execution. The characters are defined quickly and efficiently, with just a small caption and a show of personality to get readers up to speed, while the stakes are established almost immediately. Every plane begins falling out of the sky and not even the Green Lama, who creates a PLANET WIDE MAGIC WEB to catch the planes, can hold them all. Then, after Imani climbs up the net to help the Lama, we find out that the Death Defying Devil has morphed into something horrifying and is about to kill the Green Lama. Like I said, stakes are high and for those who’ve read issue #0, the stakes feel even higher.

And yet there is hope in our new character, Imani. The choice to have a young woman of color instead of an old white man dressed in colonial clothes be the representation of America, circa 2018 get to the heart of why issue #1 works. We have seen the ugliness in the world through the opening pages and we have seen the arguments that the world isn’t as clear cut as it used to be.

But the creative team has already shown us that this is not true, both through Imani’s wonder as well as the coupling of Masquerade’s statement of, “1945 or 2018. Somethings don’t change…What does change is how we deal with crap these days,” with her making the guy who grabbed her butt piss himself. The world was never as clear cut as she and the other old heroes present it. It’s a false dichotomy and it’s the reason the Spirit of America doesn’t choose her.

There are some negatives to this issue however. For all the modernizing it does well, there are moments where it falters. The Oprah segment (I think that’s supposed to be Oprah) seems like an attempt to satirize the media’s obsession with focusing on women’s bodies in interviews instead of on their accomplishments or personalities. But the dialogue feels rushed and compacted so the point is quickly glossed over in order to get to the final point of that segment, Masquerade’s disillusionment.

It’s also due to the art. Oprah looks traced and out of place during the whole segment, like she’s actually a wax sculpture. Masquerade also looks off, with one panel making it look like her facial features suddenly moved up so that her eyes were part way up her forehead. Another section, with the planes falling out of the sky, should be more exciting than it is but the paneling and rendering of the planes on that page make it feel static.

This is a real shame because for most of the comic, the art and coloring is superb. The closeups of Imani are so expressive, the effortless power of Samson is conveyed through a simple shot of his hand, looking as if he stopped a runaway shopping cart instead of a whole plane, the twisted, broken horror of the Devil, his face distended and horned. It’s all cleanly drawn and filled with energy. The ending splash page is much the same, conveying the power imbued in Imani now that she has been chosen by the Spirit of America.

Final Score: 7.6. “Project Superpowers” #1 is a bombastic first issue held back by two pages, and a couple other art gaffs, that don’t quite live up to the rest of the comic.