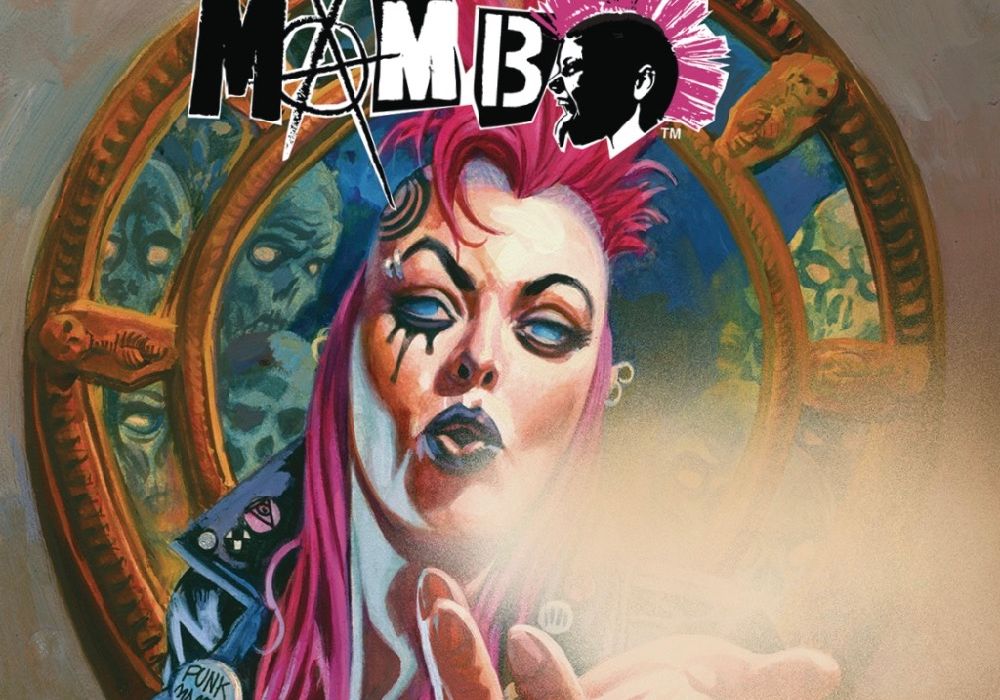 It’s difficult to judge the aesthetics of “Punk Mambo” #2 from a purely objective standpoint. Potential issues of cultural appropriation, from the protagonist as well as the creators, continue to surface and shouldn’t be ignored. (Warning: may contain minor spoilers.) 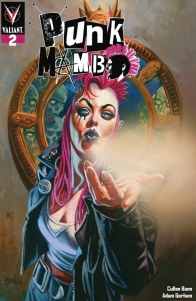 I went into “Punk Mambo” completely cold, not knowing anything about the character, her origins or even the world she inhabits. I just saw the cover to the first issue and thought, damn, that looks pretty cool. As a reader, I don’t think it matters. I’m not very familiar with the Valiant universe, much less Punk Mambo’s appearances alongside Ninjak and Shadowman, but it doesn’t feel like there are any references I don’t get or inside information I’m missing. The series stands alone, purely focused on its titular character – a dynamic, if not particularly complex protagonist entirely capable of carrying the load.

Interestingly, “Punk Mambo” the series is helmed by multi-award winning writer Cullen Bunn, one of the undisputed masters of horror comics, whereas Punk Mambo the character was created by writer Peter Milligan and artist Roberto de la Torre almost six years ago. The distinction is important in that it seems like Bunn, in some ways, is learning his way around the character as much as we are.

In “Punk Mambo” #1, Bunn did a great job establishing Punk Mambo’s narrative voice and showing us her ability to harness vodou powers while also seamlessly setting the plot in motion. It was a solid debut that set up the series well, priming the story to go in any number of potential directions.

Unfortunately, “Punk Mambo” #2 covers mostly the same ground, without really revealing anything or adding new information. The first issue ended with Punk Mambo and “Voodoo Queen” Marie Laveau traveling to Haiti to learn more about why Uncle Gunnysack kidnapped Ayezan; why he’s kidnapping other loa; and who exactly he’s working for. After introducing a pantheon of kick-ass loa in the opening pages of the second installment, however, there’s not a whole lot more than the characters wandering the streets “in search of the real Haiti,” followed by a fight sequence that ends with yet another kidnapping. After the dust finally settles, Punk Mabo proclaims, with a smirk, “I know exactly where we’re goin’ next.”

Earlier in the book, Punk Mambo asks in frustration, referring to the old woman guiding them through the streets, “Did she just lead us in a circle or what?” Whether intentional or inadvertent, it’s a tidy summary of the book itself. Things pretty much end exactly where they began, with the characters about to set off for distant, exotic location in search of clarity. (Twenty bucks says the next stop is a mysterious West African village that feels suspended in time.)

Generally, the book’s art serves the story well. Punk Mambo is a consistently captivating presence, without visually overwhelming everything else. She is clearly the dominant figure, but illustrator Adam Gorham leaves plenty of room on the page – and in the book – for the other characters to make their presence known, as well. The first four pages, in particular, are beautifully executed, a striking visual depiction of powerful personas vying for dominance and each other’s attention. Gorham’s nine-panel third page is perfection, with portraits of Punk Mambo arrayed in a diamond interlaced with an X of the five key loa spirits.

It’s probably no coincidence that José Villarubia’s colors feel the strongest throughout these pages, too. The crimson red of otherworldly power is deftly accented by ghostly pale blues and the ever-present pink of Punk Mambo’s Mohawk. Later, on the Haitian streets, things tend to get a little too washed out and sunbleached, but much of the book features a well balanced, kinetic palette. I must admit, however, I’m not hugely impressed with Gorham’s character design for the all-important villain, Uncle Gunnysack. Villarubia does his best to give Uncle Gunnysack some much needed diabolical energy, but in the end he just feels too underwhelming.

Aside from the book’s aesthetics and artistic execution, like my Multiversity colleague Matt Ligeti, who reviewed the debut issue, I feel similarly compelled to address the fictional and perhaps very real aspects of cultural appropriation. Fictionally, as Ligeti points out, Punk Mambo is a white woman who is able to harness the powers vodou, a complex religious system of beliefs typically associated non-white practitioners primarily from Louisiana and Haiti.

Throw in the fact that Punk Mambo – the white female priestess at the center of the narrative – has little or no respect for traditional rules values and you’ve basically got a textbook case of someone from a dominant culture cherry-picking certain customs and practices from historically marginalized people to suit their own needs.

Creatively, to further complicate things, the writer and illustrator are white dudes. No doubt, the relationship between a creator’s cultural, ethnic, racial, gender, sexual and demographic traits to the subjects explored in their art is much bigger discussion, best suited to another time and place. For now, suffice it to say this comic is built on exoticizing and exaggerating pieces of complex cultural practices for dramatic effect.

To their credit, the creators show their protagonist wrestling with this dynamic, too. In the first book, Punk Mambo lamented the fact that the first publicly held voodoo celebration, St. John’s Eve, has been hijacked by posers who see it as “yet another excuse to make a lot of noise and throw up on street corners.” In the second book, she says, “You’re a priest whose gods begged an outsider for help.”

Hell, Punk Mambo not only acknowledges she’s an outsider, she embraces the fact. Seems like the real story here is why the voodoo spirits have called a white British punk to come to their aid and whether or not she will respect and honor their motives.

Ultimately, the book’s execution is pretty solid, despite a narrative that doesn’t really move the story very far forward. The loa have been introduced, and most of their character designs feel unique and compelling. Uncle Gunnysack lacks a certain otherworldly visual menace, but hopefully that will come in future issues. In any case, for now, issues of cultural appropriation continue to weigh on the concept, dragging it down while surfacing key questions about representation and authenticity.

Final Verdict: 7.2 Decent execution of a thorny and complex subject.