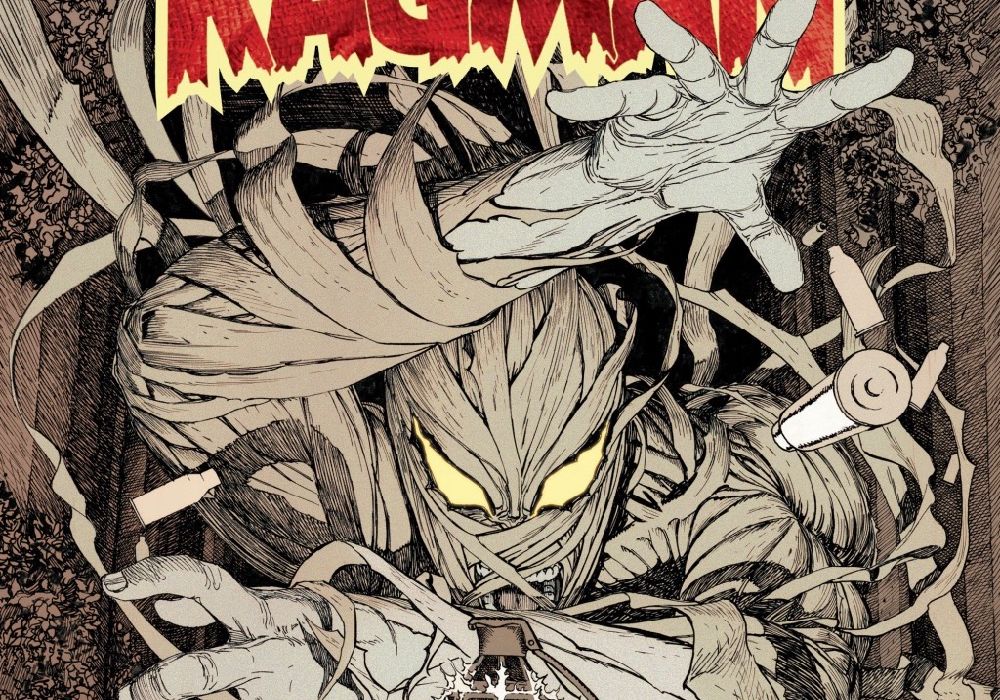 “Dark Nights: Metal” may be grabbing all the headlines, but something else is stirring in the dark recesses of the DC multiverse. Read on for minor spoliers about the exciting reemergence of an often overlooked superhero. 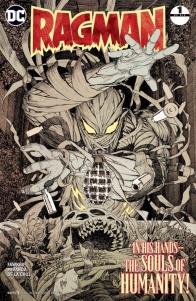 War vet Rory Regan is plagued by the death of his team after a failed mission to find a hidden treasure in the Israeli desert. While battling survivor’s guilt back home in Gotham City, Regan discovers that he actually brought the treasure back home with him, in the form of the Suit of Souls. The Suit of Souls has the ability to trap and collect the souls of others, including those of his dead partners. With the aid of his dead teammates, Rory begins to learn more about the abilities of the suit, when something evil begins to brew in Gotham. An evil demon from hell wants the Suit of Souls, and is sending his minions to retrieve it for him. Now Rory must learn how to use the suit and its powers to stop these evil forces from invading Gotham City before it’s too late.

Ragman isn’t exactly what you’d call an A-list superhero. To be honest, up until this week, I’d only vaguely heard of him before. I think I might have been able to pass a multiple choice quiz about him, but only barely. With a brilliant new character design and captivating new backstory, however, Ragman seems well positioned to catapult up the ranks, commanding increased attention from not only hardcore DC fans, but more mainstream readers, too.

Clearly, “Ragman” #1 (the first in a six-part series) is an origin story. At this point, there are still more questions than answers, but that is largely the point. Ray Fawkes’s tightly packed script expertly walks the fine line between revealing too much and doling out just enough information to keep us entranced, boldly reimagining the character’s central mythos all the while.

The story centers on Rory Reagan (Ragman’s alter ego), a demolitions expert and combat veteran who suffers from PTSD. Notably, he is the only one of his team who came back alive from an unsanctioned mission to plunder an ancient temple somewhere in the Israeli desert. Haunted by survivor’s guilt and struggling to assimilate back into his old life, his persistent flashbacks and tenuous grasp of reality are so intensely interwoven that it’s difficult to know exactly where one ends and the other begins.

It’s there in those spaces between – and at the margins of – “the real world” and the supernatural where Illustrator Inaki Miranda and colorist Eva De La Cruz’s artwork really shines.

In general, the panel work can feel a bit rushed and choppy, with lots of inset panels and close-ups, but that only underscores the cinéma vérité style that Miranda uses to highlight the action scenes, as though we’re right in the thick of things. In contrast to Miranda’s framing, which purposefully keeps the reader slightly off balance and disoriented, De La Cruz’s colors provide a clear and consistent beacon that signifies time and place. Early in the book, the interior temple scenes have a ghostly bluish cast, dominated by palpable cool tones that move forward into Rory’s present day group therapy session. Intercut with these scenes, the exterior scenes in Gotham, as well as those in Rory’s apartment, are bathed in hazy golden light. In fact, an eerie, smoldering glow burns throughout the book’s second half – all the more unsettling beneath a low-hung blood red sky – until everything finally explodes in a climactic fireball.

Without a doubt, the color work is great, but Miranda’s compositions – which often feature multiple figures, as well as key scenic elements – are consistently outstanding. From Blade Runner-esque cityscapes to Rory’s bedroom to dystopian back alleys, this is a highly nuanced, cinematic version of Gotham with tons of depth and rich detail. The action may be tense, but you’ll find yourself slowing down, mesmerized by each muzzle flash and empty shell casing as it hurtles into view.

Undeniably, Miranda and De La Cruz’s artwork pretty much steals the show, but Fawkes’s well crafted script supplies the rock solid foundation on which the book is built. By the end of the last page, we’ve fully met the supporting cast (including Rory’s father and Rory’s best friend’s widow, Mandy, who’s sure to play a starring role as the series progresses), had a decent glimpse into Rory’s interior life and heard this chilling warning, spoken by an otherworldly creature of unknown origin: “Divest yourself of your fell spoils and return them to their rightful mast’r!”

Earlier in the book, one of Rory’s fellow soldiers refers to Rory as, “The man with the with the key to open all doors.” Needless to say, it’s whatever’s came though that door – and followed Rory home to Gotham – that’s going to cause all the problems.

Final Verdict 8.7 – Read this book once to follow the action and again to savor the artwork. Either way, just buy it.