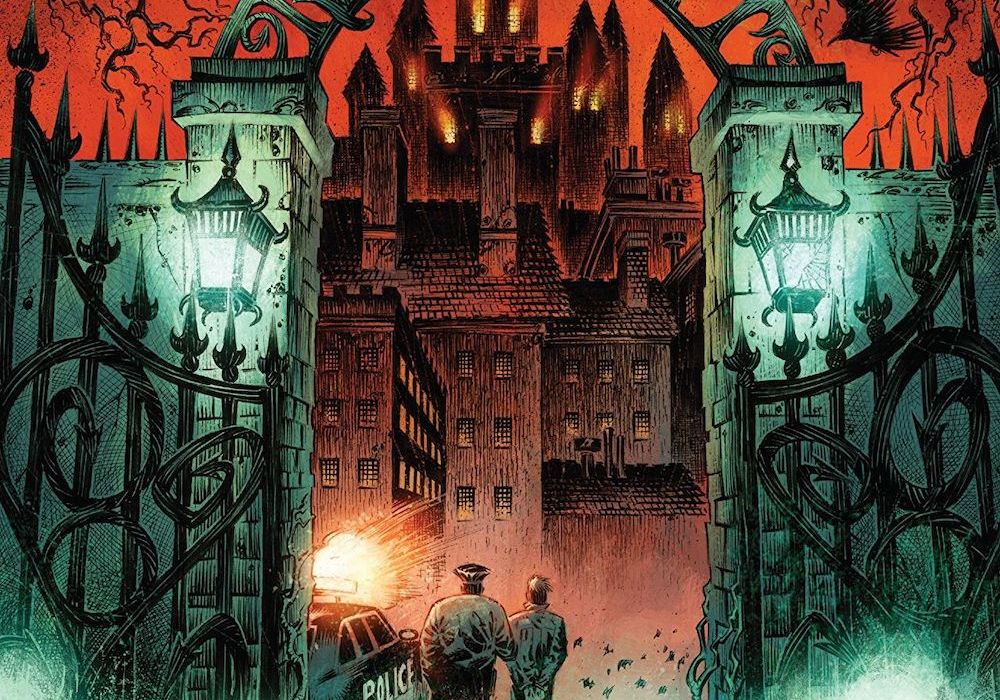 It’s not quite its DC Universe counterpart Arkham Asylum for the Criminally Insane, but Ravencroft has a sense of bedlam all its own. 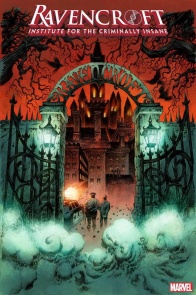 After the hellish horrors of ABSOLUTE CARNAGE, the Ravencroft Institute has received a much-needed facelift and is open for business with a new staff, including JOHN JAMESON, looking to atone for the part he played in ABSOLUTE CARNAGE. But will Ravencroft return the mentally unstable villains of the Marvel Universe to upstanding citizens and give John the redemption he’s looking for, or will they fall prey to the hospital’s seemingly sinister nature?

Despite the prominence of more than one “mentally ill” villain in the Marvel Universe, the most famous institution in charge of actually dealing with these people has had a decided lack of prominence, only coming up every so often and rarely delved into deeply, especially when compared to its counterpart in DC Comics. However, with its destruction in the pages of the tie-ins to “Absolute Carnage” and a deep dive into its history and reconstruction over the course of three “Ruins of Ravencroft” one-shots, the Ravencroft Institute for the Criminally Insane seems due to be thoroughly explored into the present day by the writer of both the “Absolute Carnage vs. Deadpool” miniseries in which it was destroyed and the aforementioned “Ruins of Ravencroft” issues in which it was rebuilt: Frank Tieri.

It is fair to say that Frank Tieri knows his way around intrigue and horror both. Even outside of the aforementioned “Ruins of Ravencroft” prelude one-shots for Marvel Comics, he has a host of prominent stories, including some pretty deep ones in horror of various sorts for many different audiences, and he brings his expertise to the fore when it comes to his ongoing proverbial ‘Ravencroft Saga’ as it moves away from tie-in stories or one-shots to a miniseries of its own. Very comfortable with different speeds of pacing, Tieri shifts from high flying action to slower machinations between more restrained conflicting figures and more, with the transitions nearly invisible due to faith in readers’ ability to keep up.

Despite being a follow-up to several other stories, “Ravencroft” #1 is nonetheless capable of being read and enjoyed without prior knowledge. Rather than throw readers into the fray too heavily, Tieri instead seeds the makings of some concepts to come and provides what information is necessary to understand it all for newcomers. From the institute staff down to the inmates (a far more precise term for most of those within than “patients,” all things considered), everything is presented in a manner that can both allow new arrivals to learn about what goes on around Ravencroft and have enough fun nods to amuse or at least interest returning fans of the Marvel Universe, and not without a dose of pitch-black comedy in small doses along the way, nor by forgetting that the institute is at least nominally a place to help its less hostile residents instead of being a prison under a different name.

As Tieri introduces the miniseries, tonal shifts come across as natural to the degree that it becomes difficult to place “Ravencroft” #1 in intrigue or horror aspects of superhero comics, though perhaps a story of intrigue with some sprinklings of horror-based and even crime drama-esque elements would be the most accurate association, especially when it comes to the more mysterious figures housed within the establishment or the hints at the aftermath to the “Absolute Carnage” event that had destroyed the building in the first place. Much like the Ravencroft Institute itself, development of the new status quo is still in progress, making the goings on of Misty Knight, John Jameson, and a host of others within and without the asylum all the more engrossing. In fact, it isn’t even clear as to what kind of story “Ravencroft” #1 is setting up until the final pages, resulting in a roller coaster of tensions all the way to the end to drive forward into the next installment.

Angel Unzueta continues his exceptional work from “Ruins of Ravencroft,” showcasing emotional depth and an overall foreboding atmosphere both in the various goings on of the eponymous institution from “Ravencroft” #1. In doing so, he utilizes heavy shadows, placing special emphasis on the smooth faces of the various people involved as well as the sheer intensity and brutality of violence between the superpowered and the non-powered, emphasizing the threat faced every day by guards at Ravencroft itself.

The main problem that seems to pop up is also tied to the use of shadow. While it may just be personal preference, Unzueta gives shadows so deep under the eyes of every man that they all appear to be nearly wearing domino masks or goggles. While the effect of showing age lines may be important, the level of emphasis seems to almost push the focus into the realm of parody. That said, while this effect is noticeable, it is not too overbearing, and can easily be overlooked in the name of the otherwise very well-handled emotional responses and variable angles, especially around Cell 616 and its infamous resident.

Much like Unzueta, Rachelle Rosenberg is a returning figure from the ‘Ravencroft Saga,’ having worked with the colors on both “Ruins of Ravencroft” and its predecessor “Absolute Carnage vs. Deadpool,” and she is joined by Dono Sánchez-Almara of the ongoing “Morbius” series. Together, they do a marvelous job (pardon the pun) of examining a wide variety of scenarios, ranging from the darker room of a therapy session with bright windows to the outside to an even darker view of a seemingly top secret meeting room to even the brighter, and thus even more disturbing, coloration around a background bathed in brighter light. The use of a warm orange on the latter contrasts well against the darker areas in other places, and even the brightest lights of day do not shake away the feeling of something being thoroughly wrong when they come up. While the colors perhaps further emphasize some of the aforementioned problems with Unzueta’s artwork, the overall use of well-established and well-handled light sources enable the dread on the pages to seep fully into the minds of readers.

Final Verdict: 8.0– There may be some odd artistic choices, but the possibilities set forth in “Ravencroft” #1 definitely show it to be something worth watching.