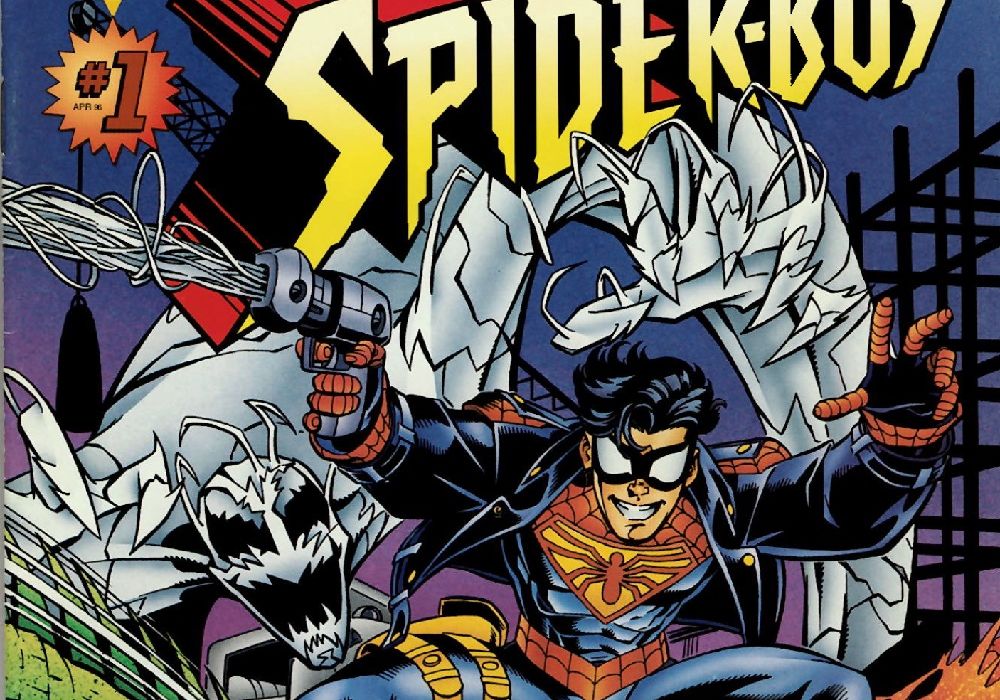 As mentioned in my opening piece on Amalgam, I’m spending this summer looking back at the 24 one-shots released by Marvel and DC in 1996 and 1997 that featured a merged universe mixing their various properties together. The first one up for an in-depth look is “Spider-Boy”. 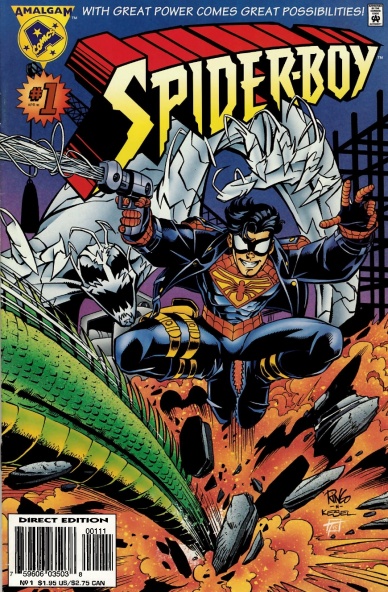 The Mash Up
Spider-Man and the teenage clone Superboy are mixed together by writer Karl Kesel and penciller Mike Wieringo. This is one of the six Amalgam issues published by Marvel. It’s styled as the first issue of a fourth monthly series for the character, similar to 1990’s adjectiveless “Spider-Man”.

When the 616 Spider-Man went through his ‘Identity Crisis’ story arc in 1998 and took on four alternate costume identities, the Ricochet costume drew a lot of inspiration from Spider-Boy. 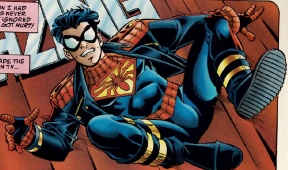 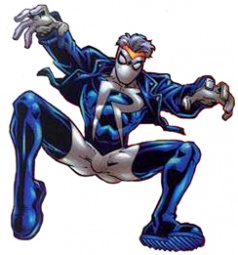 The Plot
The issue opens with Spider-Boy fighting and outsmarting Bizarnage (Bizaro & Carnage) inside Project Cadmus. After a page of subplot letting readers know who the secret mastermind is, Spider-Boy’s off to capture King Lizard (King Shark & Lizard), the villainous lizard monster that grew from Doctor Connor’s severed arm and escaped during Bizarnage’s attack. While Spider-Boy travels to the scene of King Lizard’s attack, we’re given two pages of flashback showing the hero’s convoluted origin, plus some quick glances at his supporting cast. When the fight with King Lizard starts, it’s seven pages of action as Spider-Boy identifies the source of the problem, thinks of a solution, and leads the villain to the right location. Spider-Boy makes it back to Project Cadmus just in time for his blind date with Mary Jane Watson, the Insect Queen.

What “Wizard” Thought Then
“The absolute coolest of all the Amalgams…will ultimately rival “Dark Claw” for collectability and eventual value. And it’s the most fun of all the Amalgams to read.” (#58, p116) “[F]ans are demanding [it] be made into an ongoing series. While the Spider-Man titles have been… interesting for a while, they sure haven’t been this much fun, and we think the enthusiasm for this book reflects that.” (#59, p117) This last claim is backed up by retailer orders – “Spider-Boy” was the 9th highest ordered book for March 1996, and the best-ranked Spider-Man title was “Amazing Spider-Man” at #31.

What I Think Now
I can’t be certain, but I think this might be the fastest-paced comic book I’ve ever read. New characters are introduced on almost every page. Spider-Boy is kept in motion through the whole thing – I count only seven panels where he’s in a resting position. Readers are kept apprised of everything through exposition-heavy dialogue and thought balloons, but even the wordiest parts are entertaining. It reminds me of when a child is trying to recount an exciting day by shouting all the best parts and leaving out anything that slows her down – “This happened! And then this! And then this!” 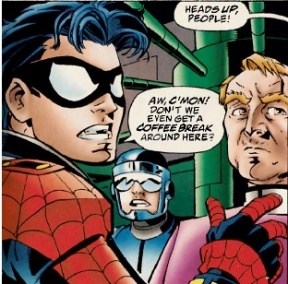 Really, “Spider-Boy” is the action equivalent of a slap-stick comedy. If you don’t like one idea (the Fantasticar travels underground from Cadmus to… you know, they never really said where it went. A building in the middle New York), just turn the page for another one (the web slinger, a giant catapult that flings Spider-Boy from that building to other parts of New York). If you don’t like supporting character Rex the PR agent, turn the page for supporting character Jameson the Daily Planet editor.

Wieringo’s art is a great fit for this story. It’s cartoon-like style lets characters be expressive and makes goofy ideas seem more plausible. The downside to the fast pace is that, even when he’s averaging 4.5 panels per page, he never has time to let a scene breathe. There are very few establishing shots, and we’re treated to a large volume of medium shots and close ups. If Kessel had dropped a subplot or two (did Spider-Boy really need to spend two pages at the Daily Planet to find out where King Lizard was attacking?), I think Wieringo could have done a better job with the big final fight. Instead, a reader has to rely on dialogue to learn that the villain is rapidly growing in size. Based on art alone, I would have assumed Wieringo just had a hard time with perspective. 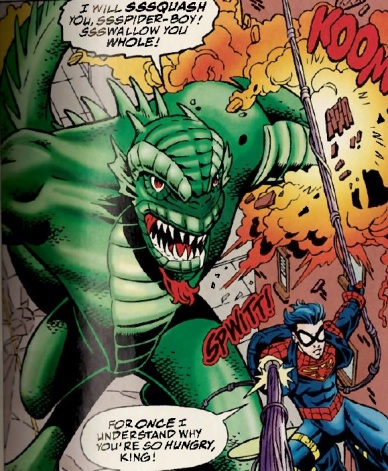 I don’t know how many of the costume designs Wieringo got to do on his own. With all the cameos from other Amalgam characters, I assume that at least some of them were given to him from other artists. Some of them are great – I think Spider-Boy in particular has a cool look. The idea of his web-shooter being an actual gun is interesting, but it makes me wonder how his webslinging works. Bizarnage is ok (see cover image above), but I’m not sure I would have identified the Bizarro half without the name. King Lizard is pretty generic looking, which I guess is why he was given the red goatee?

Overall, this was an enjoyable read. I think many of my concerns with it stem from its nature as a one-shot. It’s hard to fault Kessel for cramming all of his ideas in at once. I find myself agreeing with “Wizard” readers – if this had been an ongoing series, I’d be interested enough to track down the next issue. Instead, I have to settle for the next Amalgam title: “Bullets and Bracelets”. 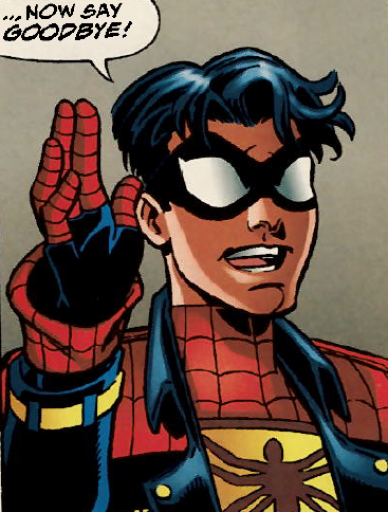