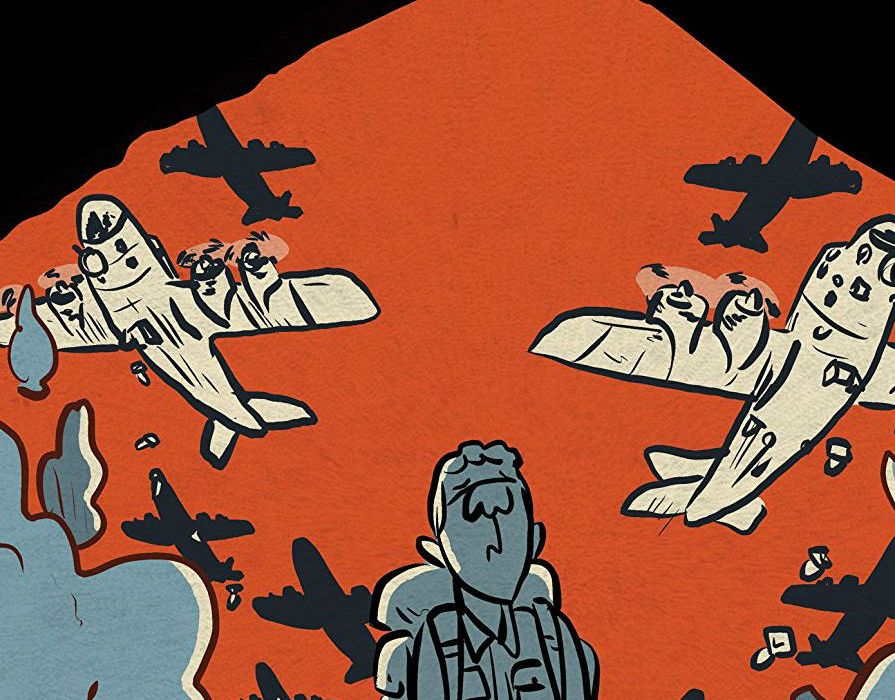 Origin story time! How did Jackson, the toughest hobo there is, get that way? It’s one that rivals that of Steve Rogers. After a too-long hiatus, it’s wonderful to see this book back examining hobo life. 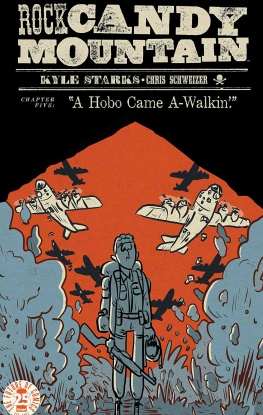 In 1945, a man receives a draft letter. Frightened, angry, and heartbroken to leave his young family, that man (nicknamed Jackson) goes off to war only to find himself party to the death of Adolf Hitler and a spear that seems to leave everyone scared of its power. With the war over, that man and spear head home, only to meet with tragedy. Aimless and grieving, he leaves his old life behind for the hobo life…only to find that some of the magic of that spear remained in him. In the present day, Boss Flimbo calls a meeting to put Jackson in his place — but why? And Rock Candy Mountain is still in everyone’s sights.

I am so glad this comic is finally back! I know that the break was due to the end of a story arc in the previous issue, but the four month hiatus was just a little too long for my tastes. With this return we have a new story: the story of Jackson, the World’s Toughest Hobo — who you may recall, fought an entire prison in the previous issue.

Jackson is, in a few ways, like an anti-Steve Rogers: he didn’t want to serve his country. He went to war under duress of the draft. But, he and Captain America have something in common: great power through non-natural means. Captain America was birthed from an experiment. Jackson the Hobo was birthed from a spear (with a side of tragic death). That magic spear gave him super strength, and apparently immortality — in present day he looks just as young as he did in 1945.

Going the supernatural route is a bit of a tired trope. Image certainly has its fair share of books diving into the paranormal, and one can question whether another is necessary (I am). Fortunately, writer Kyle Starks doesn’t open too many secrets in this issue, so we don’t know if this spear that scared the general to his core is truly of another realm yet. What secrets does this spear (and Jackson) hold? Who is the mystery man who visited Jackson in the night before his deployment (the devil himself)? Why is Boss Flimbo so eager to take him down a peg or two? Starks knew we had questions after that prison fight, and now we get some — but not all — of the answers.

(It’s also important to note that while this is a new story arc, this is not a jump-on friendly new story arc. Do not make this your first issue of “Rock Candy Mountain:” there’s a certain amount of backstory you will need to know. Fortunately, the trade of the first four issues was released at the end of September, and at an inexpensive price point to boot.)

I love the flat, cartoon-like art Starks gives us with this comic. It reads like it is straight out of the Sunday funny pages. At the same time, he crams a great deal of detail into pages and uses quick pencil strokes to provide depth and perspective when needed — age on a general’s face, worry on Jackson’s face on leaving his family, folds on a uniform, an unshaven face. Read this comic on a tablet if possible, so that you can zoom in and truly appreciate the hand and eye to creating a scene with simple strokes of a pencil.

The colors by Chris Schweizer are the star of this show. Chris uses color to set scene and mood beautifully. Black and white panels from the Normandy front bring home the horrors of war and Jackson’s fears of death on the battlefield. A mystical neon green-yellow for the man with the mustache that visits him in the night. Pepto-Bismol pink/magenta for Hitler’s dive into the supernatural. Somber grey for Jackson’s grief at his losses. Bright panels to move from flashback to present day. Flashback stories can end up convoluted if you don’t have clear divisions between the flashback and the present day, and color is that division hear. I am not sure who did lettering on this book, but they are to be commended for some perfect penmanship in Jackson’s letters to home. Perhaps cursive isn’t dead after all!

I strongly encourage you to also read the afterword of every “Rock Candy Mountain” issue for a fascinating look at hobo culture. Past issues have included history of hobo mythology, hobo unions (did you know there was such a thing? Me neither . . .), and this issue takes a look at the holy relic of the spear, particularly in Christian mythology. I’m now left wondering if the spear Jackson has is the spear that stabbed Jesus on the cross.

The hobos are back and looking to be better than ever. Hop on board the boxcar!

Final Verdict:  7.9 – Almost a “Book of the Week” contender, if not for the “oh let’s make an object have paranormal powers” trope that Starks is dipping his toe in.