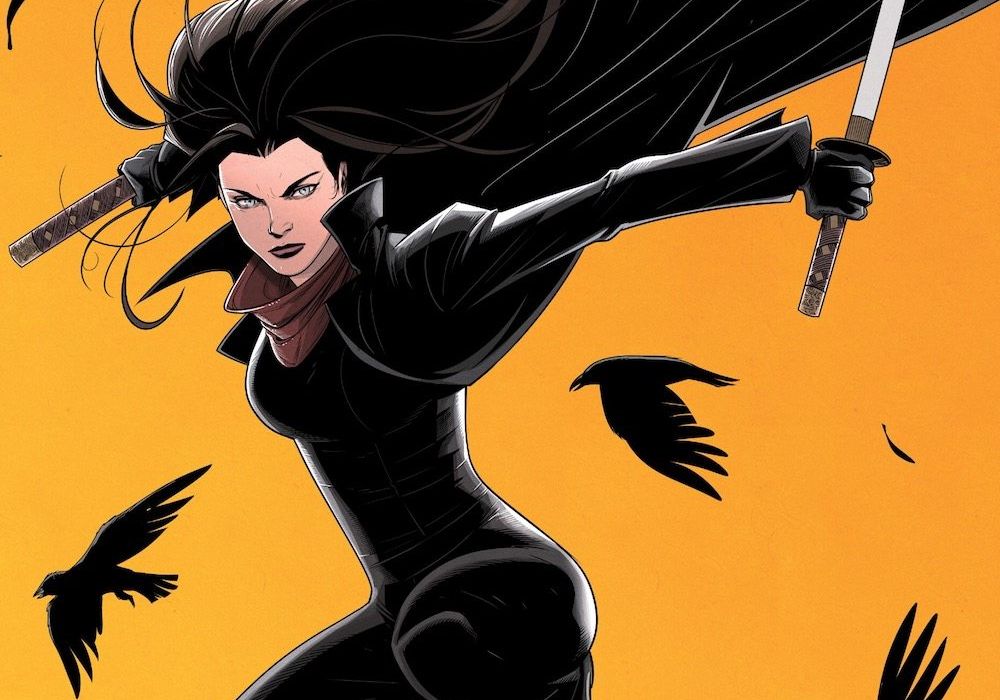 In the conclusion of the first arc of “Romulus,” Bryan Hill and Nelson Blake II forge an end to one story in this secretive conflict, but create a far more intriguing and public one in the process. 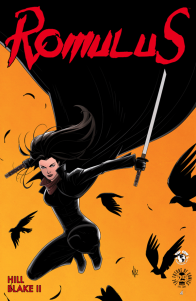 To save her friend, Ashlar must come face to face with the leader of The Order of Romulus, and her arch nemesis Achilles…but is she walking into a trap that will change her and our world forever? The Last of the Wolves will be tested like never before as the first arc of ROMULUS comes to an action-packed conclusion!

From the opening proverbial “storming of the castle” through to the shocking conclusion, “Romulus” #4 is a roller coaster ride of intrigue. Bryan Hill continues at a breakneck pace, only slowing down for moments while keeping everyone feeling human, though bordering on superhuman as always. Nobody comes out of this conflict unscathed, be it in reputation, mind, or body. In this way, Hill shows the shadow war of Romulus and the Illuminati as the Pyrrhic conflict it is, how either organization running the world will be bad for everyone, and how the very act of running something so massive could irrevocably taint the leadership.

As is common of this spy drama, it’s hard to tell who is telling the truth, who is lying, or who is telling just enough truth to get people on their side. The various actors in this violent performance all have their own rationales, and in writing them this way, Hill allows readers to discern their motivations in much the same way as Ashlar herself and the comparatively mundane Nicholas.

As a man who knows martial arts, Bryan Hill is excellent at writing a fight. The climactic battle between Ashlar and her opponent in this issue is brutal, bloody, and an absolutely excellent show of how he knows to demonstrate competence through adversity, to show how strong someone can be by the amount and degree of the hits they take.

The only issue with the storytelling is in the development of the hierarchy of the eponymous Ancient Order of Romulus itself. The person described as the leader of the group did not seem to be in that role in any eaerlier issues, only to be a high ranking member with other higher-ups. The board of directors (for lack of a better word) seem to complicate the structure more, making exactly who is in charge somewhat difficult to say, and the choice of leader to be rather bizarre given the events of the arc being so centered on a single person. Still, this may be a personal gripe, and may be easily glossed over.

From an artistic standpoint, Nelson Blake II continues to shine. His use of objects and space showcases Ashlar’s thought processes when used especially artistically. For example, when experiencing pain, the background shows only a single solid color, in much the same way as a person’s mind may focus entirely on their pain in the instant of its occurrence. A similar style is used whenever she is entirely focused on a single action. Her hallucination at one point also bears mention. When unable to think straight, there is no image at all, simply a black void with white lettering over it. Her imagination, on the other hand, is again in a solid color background, but with the individual she focuses on in view, as well as other relevant actors, but lacking any additional characteristics, in demonstration of how Ashlar can focus her mind on one singular item, though not without some momentary difficulty.

Use of shadow and light is a major focus for the artwork. Whereas Ashlar is often shown with a shadowy setting, especially in acts of extreme violence, her mother Axis is always shown in light, at one point even bathed in it. Axis seems to never be harmed (in spite of her death), whereas Ashlar’s face is battered and bruised, not to mention other broken bones and internal injuries, not a single page later. Without a single word, Blake and his fellow colorist Kevin Lennertz manage to show the reverence that the Last of the Wolves has for her mother, seeing her as perfect and angelic, almost divine in comparison to the dirt, grime, and blood that Ashlar herself is steeped in, despite their situations being very much the same in terms of the levels of violence. The art shows her thought of herself as an imperfect, possibly even unworthy successor to the perceived perfection of her parent.

Deron Bennett’s lettering works seamlessly with the artwork. From speech bubbles to thought rectangles, from italicized writing to bold to plain, his use of space allows the reader to capture the moments easily alongside the writing. Even the rare use of no enclosure at all, such as the aforementioned black space, is a way of demonstrating something through the letters, as it shows a lost thought process searching, unable to figuratively contain itself to a solid moment.

In all, the finale of the first arc of “Romulus” is a good use of the amount of space it has. Certain elements seem odd, but are not enough to completely distract from the engrossing storytelling, both in the violent moments and the quiet ones.

Final Verdict: 8.0 – The near-trademark well-written fight scenes continue, and the story ramps up, but some elements leave questions as to how the Ancient Order of Romulus actually works hierarchically.